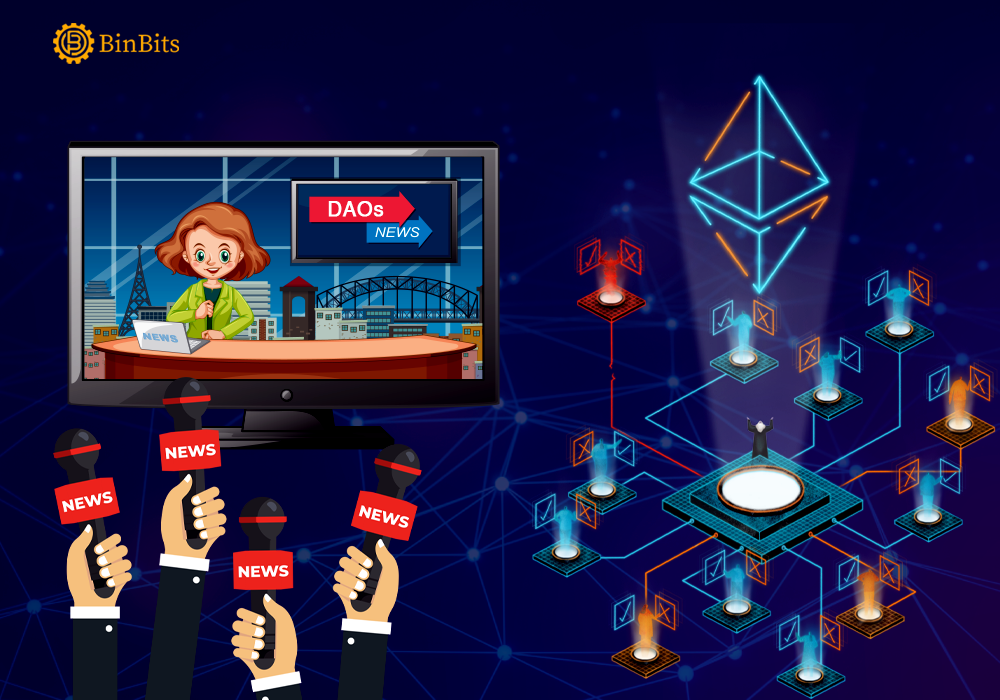 What are DAOs: And why they are in the news

Decentralized Autonomous Organizations (DAOs) are digital financial communities or organizations that are owned by members. It affords people who sometimes can be total strangers but with the same goal(s) the opportunity to work together and pull funds for such purpose(s). This process enhances cooperation from people around the world, as they jointly operate with common goals.

Simply put, they are online replicas of business organizations, except that in this case there is no hierarchy in membership; as all members are partners, regardless of their holdings, they all have the same power to vote. Also, DAOs are autonomous and transparent due to their presence on open-source blockchains which gives the public access to records and transactions.

Furthermore, they can be described as an online business that is owned and managed by the members of such a business. In this case, members have the same power, as no member can pull out funds without approval from the others. No single member has ultimate access to the treasury without authorization from the group. Members can give authorization to specific by casting votes.

For example, a member has to first submit a proposal on what he/she wants to do; that proposal is then subject to a vote, to ensure everyone has a say.

Unlike other businesses, DAOs have no CEO or Boss who can dictate or singularly direct the affairs of the organization. The power, therefore, rests with the partners.

The need for DAOs

The establishment process of any traditional organization includes money, and people; but not just anyhow people, you need people you can trust. The same is the case for DAOs, only that in this case there’s no need to trust the other person(s), except the code. Since they are on Open blockchains, their authenticity can always be verified by experts.

The crypto community also need DAOs due to the freedom it offers partners from all over the world to collaborate on different jobs, despite not knowing each other.

Why do people create DAOs

Having understood their needs for them, people create Decentralized Autonomous Organizations(DAO) for different reasons which include:

Why are they in the news?

Having already established that DAOs can be created for different reasons and all goals; a new organization has been formed to help Ukraine defend their country against Russia’s invasion. Nadya Tolokonnikova, a Political activist and founder of Pussy Riot “a conceptual protest art group” announces the launch of UkraineDAO via a tweet.

According to Nadia, the organization’s goal is to raise funds to donate to Ukrainian civilian organizations helping people suffering from the war. Also, the purchase of Ukrainian flag NFTs is to support and show solidarity among participants with the people of Ukraine; not about a person or even the flag’s beauty.

Moreover, a recent tweet by UkraineDAO shows the organization announcing it has raised 2,258 ETH, worth $6.75 million at the time. This money, however, is from the sales of the Ukrainian flag NFT.

Asides from the sale of NFTs, the organization keeps receiving donations from different sources with OnlyFans contributing 500 ETH according to Etherscan.

However, in another development, the Crypto community witnessed the launch of another DAO named FriesDAO. Having raised $5.4 million since its inception, the organization describes itself as “a decentralized social experiment where a crypto community builds and governs a fast-food franchise empire via the wisdom of the crowd”.

From the description, it shows that the organization plans to buy popular fast-food restaurants using the money from their treasury. FriesDAO wishes to create a fast-food chain owned by Crypto investors whose decisions and votes run the restaurants; including the opening of new stores.