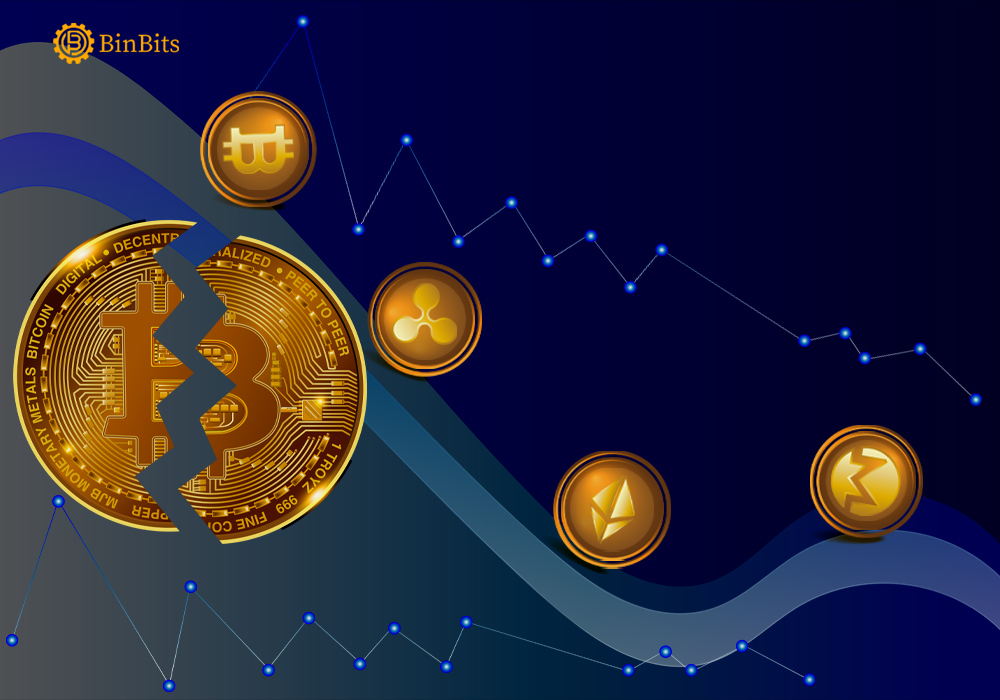 The value of the most popular cryptocurrency, Bitcoin has been witnessing a drastic fall since November 2021 and we’re seeing a hard crash right now. As noted, the decline is said to be around 40%.

Wiping Out $1 Trillion From Crypto Market With Bitcoin Crash

However, bullish traders say that this fall is just a temporary problem.

At present, the value of the cryptocurrency market has reduced as well. The crypto market has declined from $3 trillion to a $2 trillion industry. Markedly erasing out an alarming $1 trillion market value.

This combined crash of both Bitcoin and the crypto market is the cause of distress to crypto investors.

According to the Bespoke Investment Group, the Bitcoin and Crypto Market decline marks the digital assets’ 2nd most significant decline ever since its origin in terms of dollar value.

Furthermore, the U.S. Federal Reserve has revealed its plan to withdraw stimulus from the market.

Stimulus means when the government gives incentives and tax rebates to stimulate the economy and get it out of a financial crisis.

The financial crisis, in our times, is the coronavirus pandemic that has devastated economies worldwide.

The Federal Reserve Chair, Jerome Powell, explained the decision to withdraw stimulus from the economy. He said, “Economic activity is on track to expand at a robust pace this year, reflecting progress on vaccinations and the reopening of the economy,”

This decision by the Fed has affected all risky assets in the market like cryptocurrency and stocks.

Additional Problems In the Crypto Market

This crash of Bitcoin follows the many other hassles that the crypto industry has had to face in the last few months.

From the crackdown on cryptocurrency mining in countries like China and Russia to the Tesla executive Elon Musk taking jabs at Bitcoin, the crypto market has faced many issues.

Contradicting Views on the Future of Bitcoin After The Crash

Analyst Yuya Hasegawa of cryptocurrency broker Bitbank commented on the future of Bitcoin.

According to him, Bitcoin will continue to fall in value until the crypto market, in general, accepts the Federal Reserve’s decision to withdraw stimulus from the economy.

He said that the market share of Bitcoin in the crypto market would continue to rise in the next five years as more and more people begin to adopt crypto.

Bitcoin was not the only crypto that witnessed a fall post the Fed’s announcement. Other cryptocurrencies like ether, Binance coin, sol were also down by roughly 5 percent.