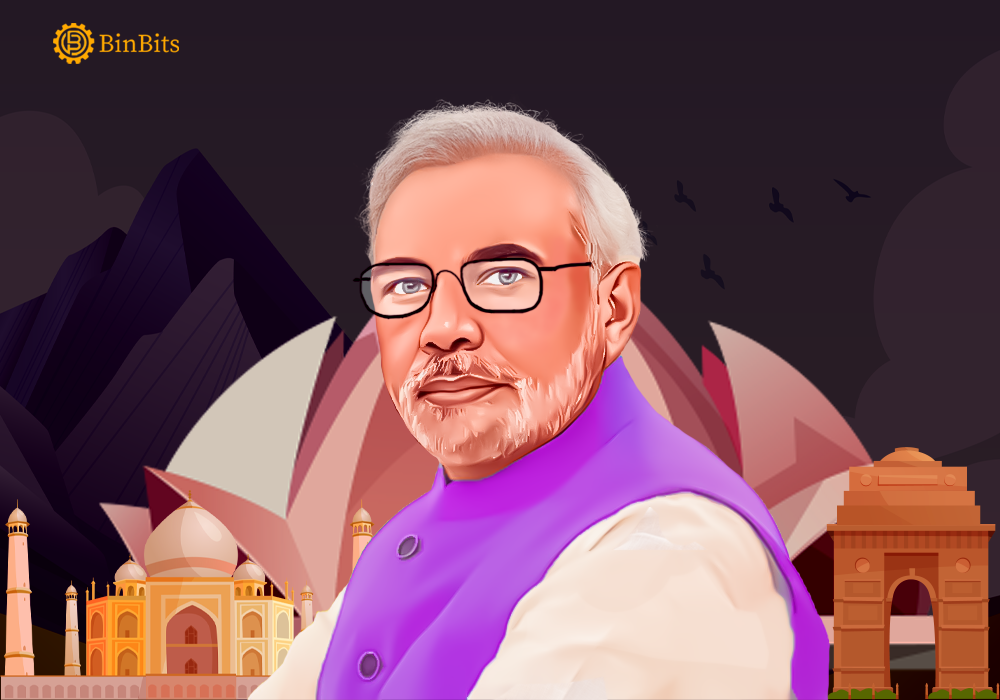 In contrast to the view of the Reserve Bank of India, the Indian Prime Minister, Narendra Modi has called for collective global co-operation on cryptocurrency to empower democracy during the virtual meeting of the World Economic Forum.

He said that, “The kind of technology associated with it, the decisions taken by any one country will be insufficient to deal with its challenges. We have to have a common thought. But looking at the global scenario today, the question is, are the multi-literal organizations ready to deal with the new world order and new challenges? Is that power left?

When these institutions were formed, the situation was different. Today the circumstances are different, that is why it is the responsibility of every democratic country, to emphasize reforms on these institutions so that they can be enabled to deal with the present and future challenges. I am sure that there will be positive dialogue in this direction in the discussions taking place in Davos. Friends, in the midst of new challenges, today the world needs new paths, new resolutions are needed. Today, every country in the world needs each other’s cooperation more than ever. This is the way to a better future. I am sure this discussion in Davos will enhance this sentiment.”

He may have suggested taking control of the situation by making a regulatory body against it. The reason is pretty evident as we’ve seen cases of criminal activities concerning the crypto space lately. With no regulation and misconduct, the problem will only flourish.

Contrast View of The RBI

This statement of the Prime Minister seems to be different from the views of the Reserve Bank of India.

The RBI, time and again, has asked the Indian Central Government to have a complete ban on cryptocurrencies in the country. RBI has called the digital asset a “threat to India’s financial system.”

During a meeting with the Central Board of Directors, Senior RBI officials noted the many concerns associated with crypto assets. This included the nature of transactions, price volatility, and legal concerns.

The governor of the RBI, Shaktikanta Das, has maintained his anti-crypto stance over the years. The governor warned that cryptocurrencies would threaten the Financial System as they are unregulated by the Central Bank.

Other Statements Made By The Prime Minister

This is not the first time that the Prime Minister has voiced a different opinion regarding crypto assets.

During the December 2021 summit hosted by U.S. President Joe Biden, the Prime Minister left a comment.

He said, “We must…jointly shape global norms for emerging technologies like social media and cryptocurrencies. So that they empower democracy, not undermine it.”

Regulation Troubles of Cryptocurrency in India

Currently, the Indian Central Government is working on legislation related to cryptocurrency. You might see a bill soon in the lower house of the Indian Parliament, Lok Sabha.

The bill is called “The Cryptocurrency and Regulation of Official Digital Currency.” There was going to be a discussion on the bill during the winter session of the Parliament, but it was not taken up. The government is planning to regulate cryptocurrencies and ban crypto assets for payments.

The Prime Minister will take the final decision on the cryptocurrency regulation. The Indian Crypto Industry is also seeking clarification from the Finance Minister of India, Nirmala Sitharaman, regarding taxation rules of cryptocurrencies during the 2022-23 Union Budget.

The Crypto industry in India will remain on edge during the coming months as decisions related to the regulation of cryptocurrencies hang in the air.