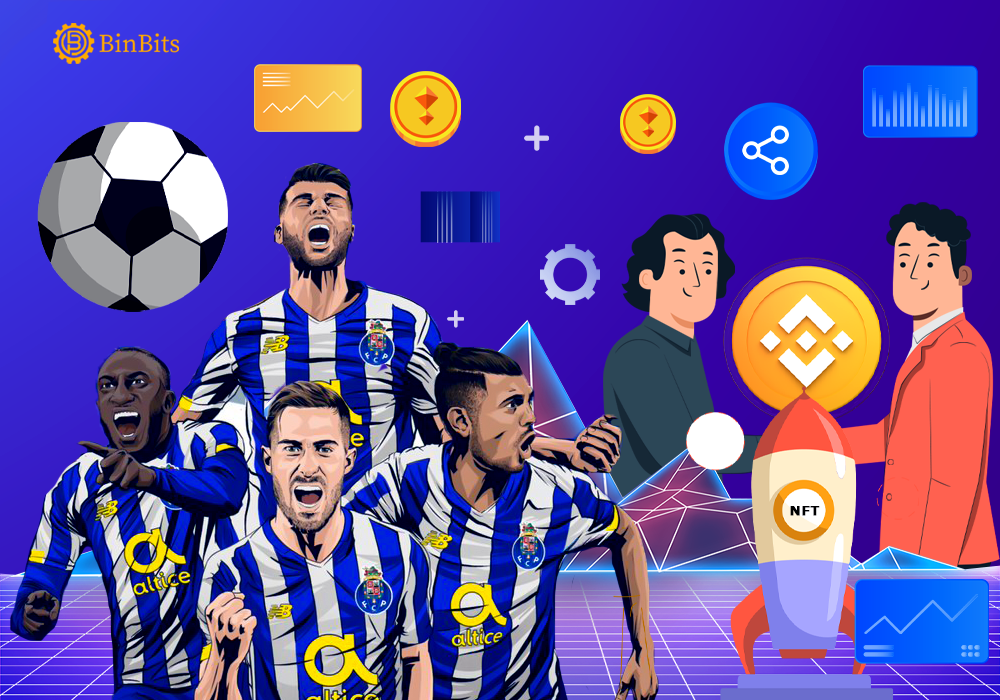 A leading crypto exchange, identified as Binance has announced that its NFT marketplace will be partnering Portuguese champion, FC Porto to unveil an NFT mystery box collection. Binance announced the development in a blog post relayed via its official handle on Monday. As revealed, the crypto exchange intends to launch the NFT mystery collection, named “FC Porto: 30th Champions” around 10:00 (UTC) on Monday.

According to reports, this partnership with Binance makes it the third NFT collection participated by the 30th Champions of Primeira Liga. The collections, as revealed, usually entail the key player highlights enveloped in its successful 9th Dobradinha season. More so, the mystery NFT box collections usually highlight all the engagements incurred in Porto’s journey to emerge champions of the national league and cup.

Binance says each of the NFT mystery boxes entails one NFT. As revealed, these individual NFTs possess the value of 3 Porto Fans tokens. In addition, the mystery boxes possess NFTs enveloped in four rarity categories. As reported, the rarity levels in the boxes include Normal (N), Rare (R), Super Rare (SR), and Super Super Rare (SSR).

The leading crypto exchange, however, urges subscribers to acquire Porto fan tokens to purchase the NFT mystery box collection. Binance says the “FC Porto: The 30th Champions” NFTs will be unveiled and purchased via its NFT marketplace. The crypto exchange, however, announces its intention to allow subscribers to the collection participate in the imminent NFT power station. As revealed, the upcoming NFT power station is packaged to make participants share a 2,000 Porto fan token prize pool.

Despite the lingering downturns ravaging the crypto market, Binance has continued to expand its services and operations through substantial partnerships. More so, the crypto exchange appears more committed to investing more heavily in the glooming NFT industry. Recall that Binance, on Thursday, announced a partnership with a leading Tiktok star, Kharby Lame. The exchange, with this partnership, intends to launch a special NFT collection of the Tiktok superstar. More so, it intends to leverage the popularity of the TikTok star to improve the popularity of crypto and NFT.

As reported by Binbits, Binance also in late June signed a spectacular multi-year partnership with football legend, Cristiano Ronaldo. It intends to use the partnership in creating series of NFT exhibitions for sale on its NFT marketplace. According to reports, these imminent collections and exhibitions cover NFT designs of the football legend. With the partnership, Binance plan to expose Ronaldo fans to the rudiments of Web3 and NFTs.