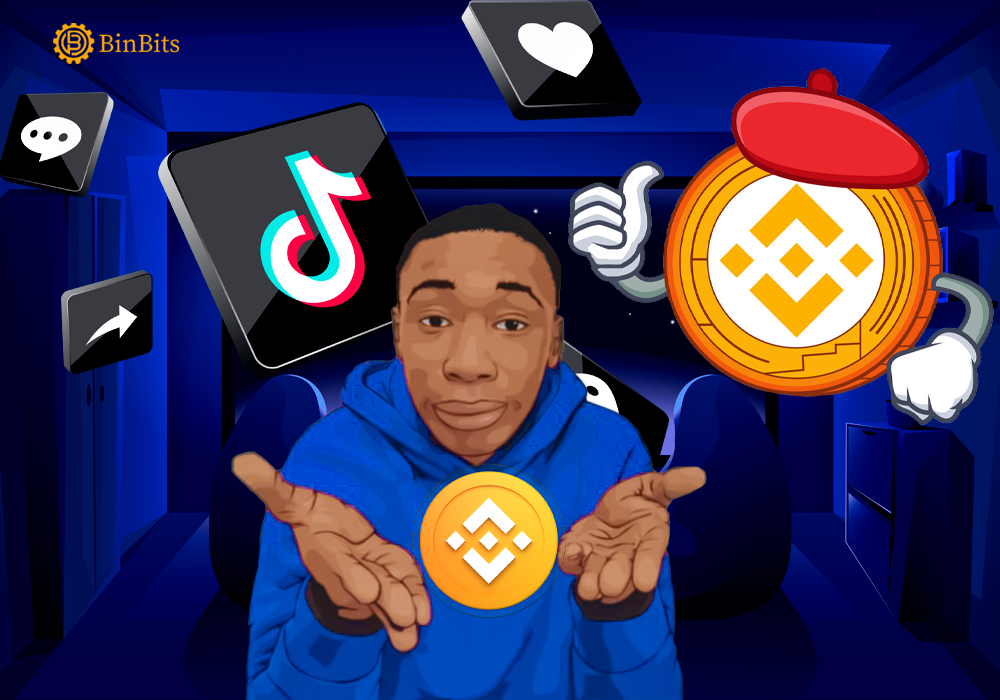 Binance has announced the addition of leading Tiktok star, Kharby Lame to its latest league of ambassadors. According to a tweet by Binance, the exchange platform indicated how it expects the deal to build the popularity of cryptocurrency. Also, it revealed that with Kharby Lame, a large percentage of his followers on Tiktok will get to know more about crypto.

Accordingly, Binance is leveraging the popularity of the TikTok star and the strength of his fan base to improve its popularity. As part of the deal, Binance made it known that it will launch a special NFT collection of Kharby Lame. The crypto exchange hopes that it will help clear the myth about Web 3.0 and other doubts about crypto.

Meanwhile, Binance also eyes the improvement of crypto education as an incentive that comes along with the deal. However, it’s yet to state how it intends to carry out the plan, thus, keeping the community in expectation. Confirming the development, the CEO of Binance Chanpeng Zhao twitted “another 145 million followers”. This indicates Binance’s hope of growing its community based on the popularity of the Kharby Lame.

Born on March 9, 2000, Kharby Lame is a Senegalese Social media celebrity base in Italy. He emerged as the most followed Tiktok star early this month. Previously, Lame worked in a machine operation near Turin, before losing his job due to the Covid-19 Pandemic.

His way to stardom began in 2020 after losing his job, Kharby Lame started posting his videos mostly in the Italian language on Tiktok. He has featured in numerous adverts and one of the most popular is his appearance as a co-star for Juventus during the unveiling of Manuel Locatelli.

Last week, Binbits reported the partnership of award-winning football star, Cristiano Ronaldo with Binance. A multi-year partnership that is aimed at increasing the popularity of NFTs and as well Binance’s brand.

Just like the deal with Kharby Lame, Binance intends to embark on a campaign that will educate Ronaldo Fans about Crypto, NFTs, and Web3. Above all, the deal underlines Binance’s commitment towards extending the gospel of the crypto industry across different sectors.