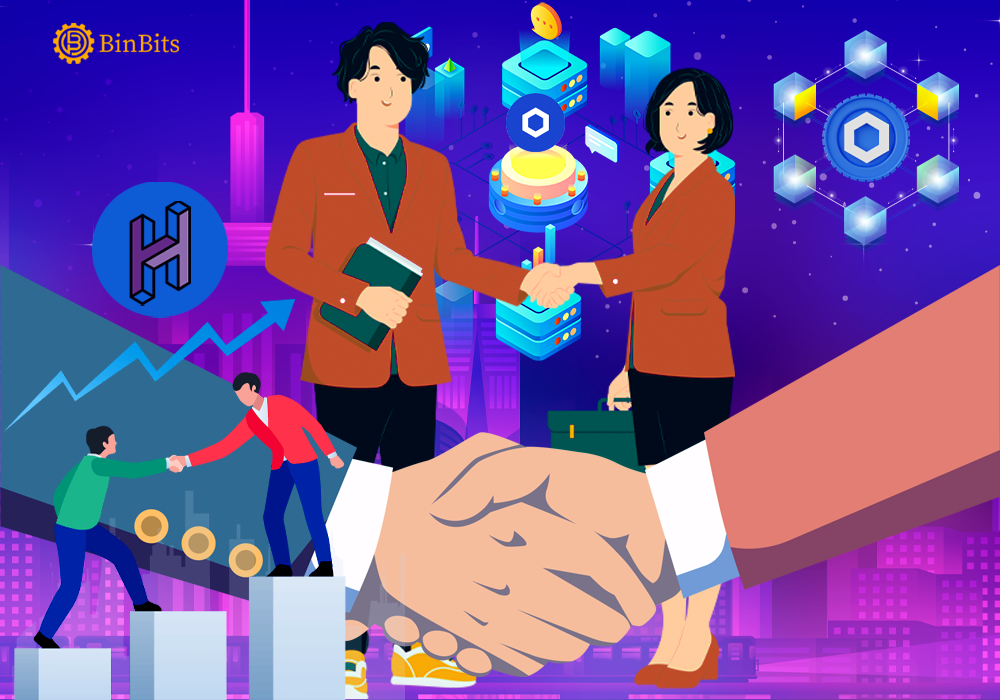 The Chainlink community program has announced HackBG as the latest beneficiary of its startup support program. With the financial intervention, the firm will build an opensource infrastructure that empowers smart contract developers. Specifically, this includes open-source templates that help lessen gas costs for NFT mints. It will use queueing transactions and using Chainlink Keepers and Chainlink VRF to mint and reveal metadata in batches.

Additionally, the templates will make it less complex for developers to reasonably enhance the NFT minting process for users. When NFT projects drop their developed collections using these templates to end-users, they can signal for their release. This adds their collection to a queue in the smart contract. As long as the minting window is still open, Chainlink Keepers will then automatically check the queue at a set period.

Nevertheless, if requests are waiting then Chainlink Keepers will carry out a function that uses Chainlink VRF to generate random peculiarities. The peculiarities are meant for the NFT metadata, and then move the NFT from the queue. Commonly, the queue size, metadata, and time between upkeeps will all be configurable.

Through the batching numerous requests and answers into single transactions with Chainlink VRF, projects can reduce the cost of minting. Notably, the reduction will befit bigger NFT collections or those who constantly release often on blockchains with expensive gas fees. Chainlink keepers are efficient via smart contract automation, its time-saving effective and offer developers time to develop their projects. Also, improved open-source NFT infrastructure helps developers to initiate new projects. This will also help them to test using new cases and aid innovation in the Web3 space.

Opinion of HackBG CEO on the initiative

Reflecting on the development, CEO of HackBG, Milen Radkov disclosed his excitement over the initiative. He said, “We’re excited to have been awarded a Chainlink Community Grant to support the creation of templates that leverage Chainlink Keepers and Chainlink VRF to enable more cost-efficient NFT mints.” The CEO also said that his firm will use its experience using the Chainlink trust-minimized features to enhance developers’ experience and the security of decentralized protocols. He concluded that he’s looking forward to building more tools to help power develop the Web3 ecosystem.

HackBG is a software development firm that specializes in blockchain technology. The company carries out in-depth testing, system validation, and technical support.