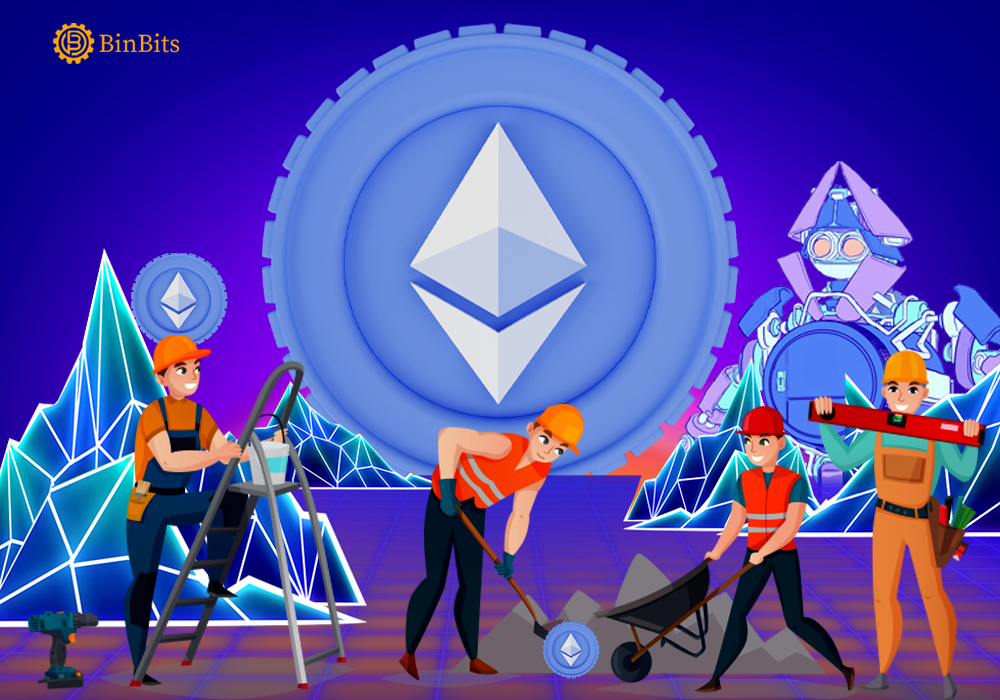 Ethereum 2.0 and the question about the likely reduction of gas fees

Indeed, the ongoing development and advancement of the Ethereum network into Ethereum 2.0 has raised hope of a possible reduction of obtainable gas fees. Recall that users incur gas fees for the computing energy used in processing and validating transactions on the blockchain.

Although the first phase of the Ethereum 2.0 manifested in 2020, its full completion is not in sight anytime soon. As everyone, particularly Ethereum enthusiasts look forward to the full launching of the upgrade which will definitely birth series of improvements, the question as regards whether it will reduce gas fees or not remains unanswered. Now, this article shall analyze the features of the Ethereum 2.0 and provide an insight into the common question.

As earlier hinted, the Ethereum 2.0, otherwise referred to as Eth2 manifest as an improvement to the existing Ethereum network. Many would beg to ask the kinds of improvements obtainable in this imminent network. In summary, the Eth2 improves on enhanced rapidness, better scalability, and productivity. With these possible improvements, the operations or transactions processed on the network become more enhanced. However, this Eth2 does not amount to the abandonment of the existing Ethereum, but rather a reflection of a total upgrade on it.

Ethereum 2.0 coming into fruition in phases

As intended by Ethereum team, the aforementioned improvements will be launched in several phases, particularly in alignment with each of the incorporated upgrades. The launching of its first phase, identified as the Beacon Chain in 2020 bears testimony to this arrangement. Although there is no specific date for the release of the second phase of the upgrade, identified as “the Merge”, emerging indications have proven that it might be coming to fruition later this year.

The last phase of the upgrade, identified as the shard chains will help to spread operations across 64 new chains. However, all the effectiveness of the aforementioned developments appears unlikely until the full completion of the upgrade. The Ethereum foundation in recent times announced that the full Ethereum 2.0 tends to come into the limelight by 2023. Its full launching possesses the capacity to overwhelmingly grow the popularity of the blockchain and attract more crypto investors into

As of now, the average daily number of transactions processable on the blockchain stands at about 1.5 million. This definitely means the network only handles about 15 transactions per second, a development which tends to increase with Ethereum 2.0. Its team plans to program the network to process over a hundred thousand transactions within seconds. Certainly, many tends to doubt this until it becomes fully practicable.

More so, the ethereum 2.0 won’t subscribe to proof-of-work as obtainable in Ethereum 1.0. As revealed, it tends to go for a proof of stake mechanism. This development consequently allows its subscribers to become validators just by staking Ethereum’s native currency, Ether. Furthermore, the proof of stake aids more energy efficiency, reducing the amount of computing energy needed to maintain the network.

Will the upgrade reduces gas fees?

However, the greatest expectation of users is to see the fully launched Ethereum 2.0 drastically reduce gas fees. This appears feasible owing to the fact that the trend tends to facilitate faster transactions. As earlier noted, the usage of the POS consensus technique grossly enhances the scalability which consequently aids the reduction of gas fees. Recall that the incurred gas fee by users for transactions is determined by demand and supply which can be calculated by block size and transaction per seconds level.

As projected, the Ethereum 2.0 when fully launched tends to increase this level from its 15 limits to 100,000 TPS. This thus makes it overtly possible to increase the block size and accelerates its time for faster processing of transactions. With this development, a meaningful reduction in the incurred gas charges becomes very feasible. Although, users won’t enjoy this feat until the upgrade becomes fully completed.

As we anticipate this full upgrade, users can subscribe to certain measures to cut gas costs on Ethereum network. One of such measures entails exploring a gas station to compare the current gas cost of all existing Ethereum wallets. By so doing, one tends to realize the one that is most cost-effective for usage. More so, through experience, it has been realized that ERC20 assets usually possess smaller transaction costs than Ethereum’s native token. This thus illustrates that users in a bid to cut cost implications can employ the token to effect gas payment.