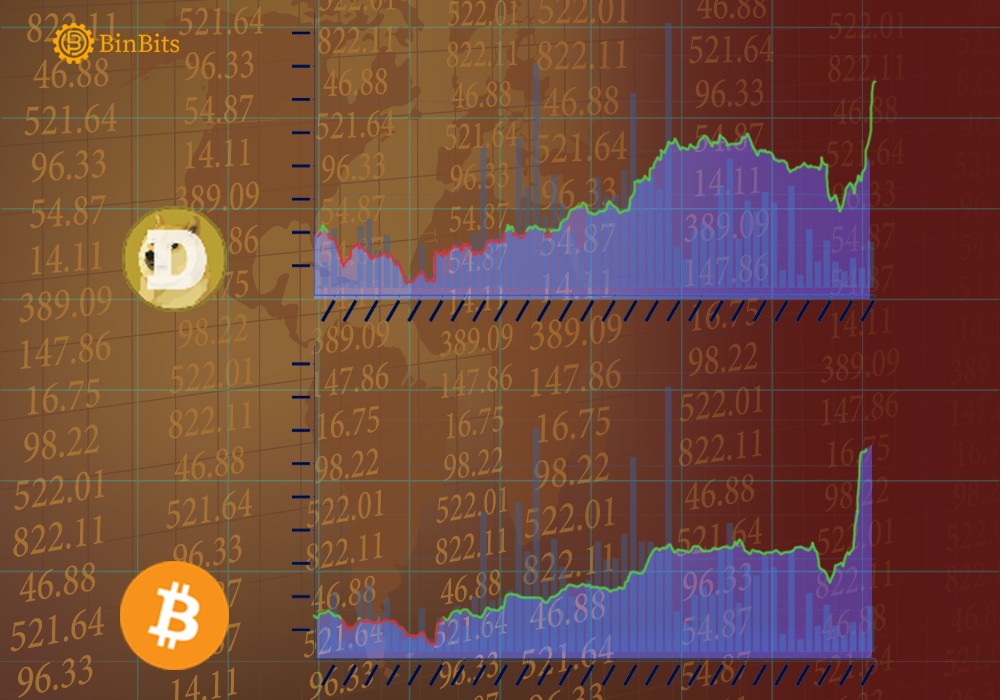 Dogecoin Heats up Today Where Bitcoin Soars Above $41k

Dogecoin Heats up Today Where Bitcoin Soars Above $41k

The cryptocurrency market is pushing higher on Friday, and Dogecoin DOGE is trading higher.

Dogecoin is trading in tandem with other well-known cryptocurrencies like Ethereum.

Doge is seeking to break through a support level it once held.

What Does the Future Hold for Dogecoin?

Dogecoin is increasing again, and it’s getting close to the crucial $0.15 level, where it previously found support.

Bullish traders expect the RSI to continue to rise and break back above the middle line. The $0.15 level, as well as the moving averages, will be crossed by bulls.

Bearish traders expect the $0.15 level to stand as a level of resistance, allowing the price to begin drifting lower once more. Bears also like to see the RSI return to oversold territory.

Why Dogecoin is a Potential Investment for Investors?

You’re missing out on huge potential rewards if you’re naively looking up and trading equities like 99 percent of traders.

As the entire environment has shifted, the crypto market cap has increased by almost $170 billion in a single day. Bitcoin has surpassed the $40,000 mark.

After trading below $40,000 for more than two weeks, bitcoin has finally made a determined effort to recapture that desired milestone.

The principal cryptocurrency fell below $40,000 for the first time in months on January 20th and 21st.

In the weeks that followed, the asset failed to recoup much of its losses, and it even dropped below $33,000, its lowest price since late July.

In the hours that followed, it only continued to rise, and BTC is now trading at over $41,500.

This indicates that the cryptocurrency has gained $4,000 in the last 24 hours. As a result, its market value, which had recently dropped below $700 billion, is now approaching $800 billion.

Alternatives With Huge Gains Other Cryptocurrencies

When bitcoin experiences more volatility, so do the altcoins, as is customary. Only a few days ago, Ethereum was struggling to stay above $2,000.

After another 7% daily surge, the second-largest cryptocurrency now trades above $3,000.

Finally, since yesterday’s low, the total market capitalization of all crypto assets has risen to above $1.9 trillion, an increase of about $170 billion.