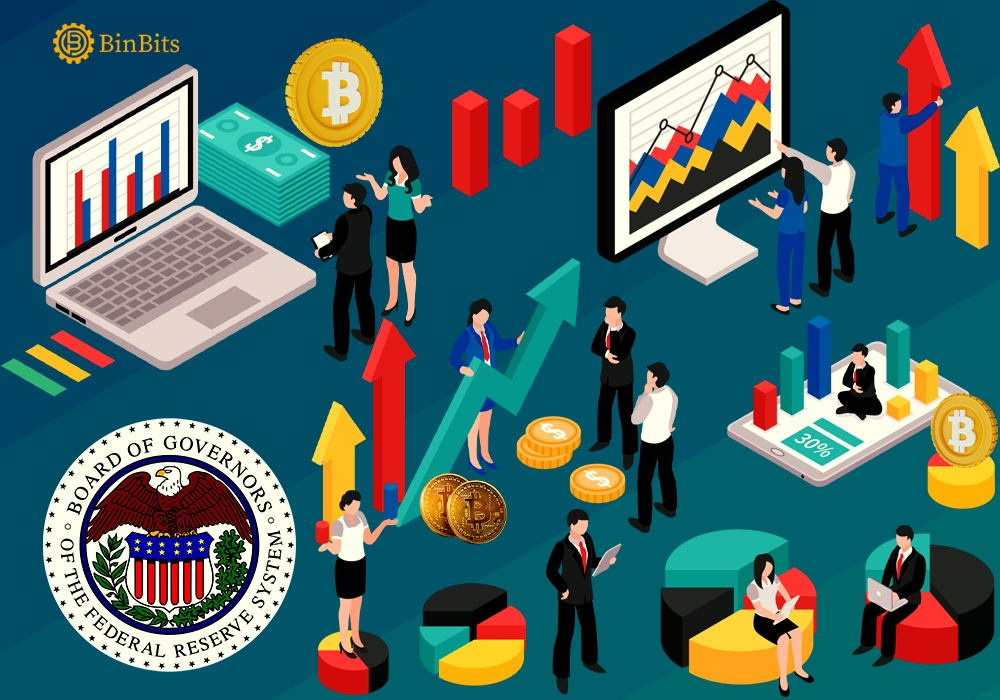 How Analysts are now again Bullish on Bitcoin?

Early this week, signs of a steady Bitcoin (BTC) price rebound emerged as investors switched away from the US dollar due to weaker-than-expected economic data.

In more detail, Bitcoin’s decline below $33,000 last week was welcomed with a solid buying sentiment, pushing its per-token cost to as high as $39,300 on February 1.

Meanwhile, the US dollar index (DXY), which measures the strength of the greenback against a basket of major currencies, hit a new high of 97.441 on Friday.

The dollar’s renewed decline was interpreted by some market observers as a sign of fading rate rise worries.

Why the US Federal Reserve are declining on the statements?

According to figures released on Tuesday, in January 2022, decreased for the third month in a row.

The Institute for Supply Management’s gauge of manufacturing activity, for example, fell to 57.60 from 58.80 a month ago, its lowest level since November 2020.

The report came a week after Fed Chair Jerome Powell’s press conference, and it was lower than expected. He sparked talk of hiking interest rates three times in 2022 to combat rising inflation in the US.

In the Bitcoin market as the dollar reduced gains, prompting Alden and other experts to speculate that the market overreacted to Powell’s tightening forecast.

Officials at the Federal Reserve are now cautiously hawkish.

A continuous improvement in the US labour market was one of the main drivers of the Fed’s rate rise intentions.

However, if ADP data are lower than predicted, the central bank may reconsider its tightening measures.

Some Fed officials have also suggested that the central bank may not proceed with rate hikes as quickly as previously expected.

The Fed Watch Tool at the Chicago Mercantile Exchange currently estimates a 94.40 per cent chance of a 25 basis point rate hike in March 2022.

However, it’s unclear whether there will be consecutive raises for the rest of 2022.

Teddy Vallee, the founder of Pervalle Global, a New York-based hedge fund, wrote: “They will raise, but not as much as the forward curve predicts.”

As a result, the narrative that drove Bitcoin’s price to multi-month lows last week appears to be crumbling.