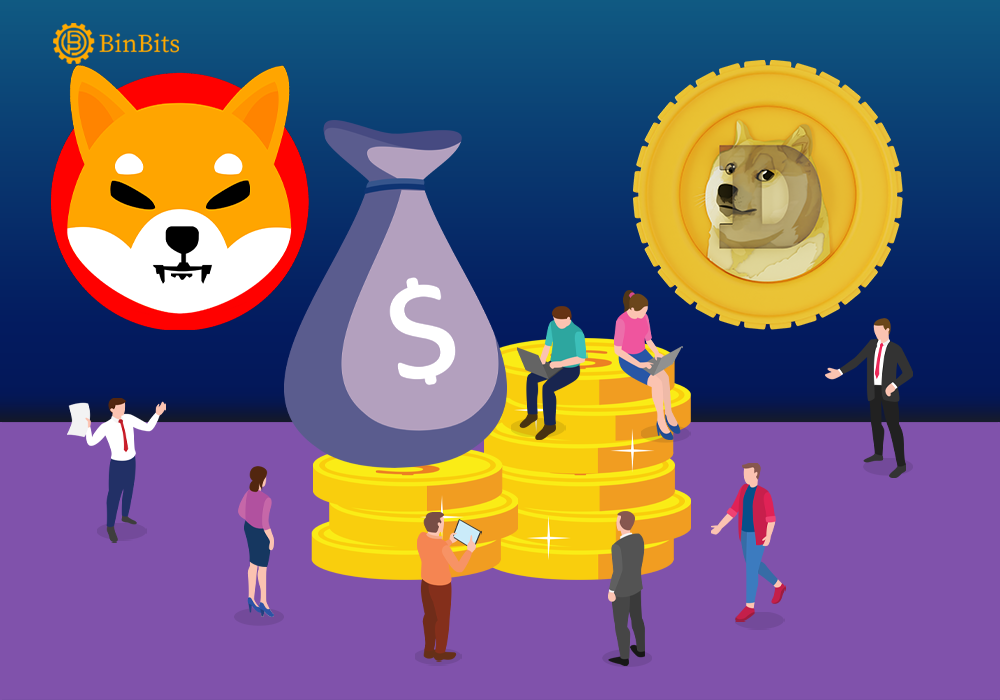 Without mincing words, both Shiba Inu & Dogecoin, surprisedly pulled the plug in the digital world last year. The Shiba Inu coins (SHIB) remain those tokens attached to an already decentralized Shiba Inu ecosystem. Founded in 2020 by Ryoshi, the crypto manifested on the ethereum blockchain as an ERC-20 token.

Dogecoin on the other hand remains a peering cryptocurrency, which according to reports started as a mere joke. Created in 2014 by Jackson Palmer and Billy Markus, the coin manifested on litecoin and has enjoyed patronage from investors. Even though several similarities exist between both coins, the obtainable differences between the two remain grossly obvious. However, these coins primarily work as a medium of speculative investments. This thus means they are as well detached from blockchain service networks.

Another notable similarity obtainable amidst these two coins remains that they, however, possess the Shiba Inu doge as their respective mascot. As earlier noted, both coins, despite their similarities have their unique features. While Shiba Inu is cemented on the ethereum blockchain, dogecoin is built as a replica of bitcoin.

In addition, both coins employ differentiated methods to mine and affect coin supplies. Shiba Inu is a deflationary coin that burns tokens in a bid to have it out of circulation. Dogecoin, on the other hand, is inflationary and thus allows new tokens to be mined.

As investors seek to patronize and indeed embrace the best of the best amidst both coins, this article shall give a comprehensive and comprehensible analysis that will mold their respective decisions. Investors need to set priorities right by understanding the flaws and prospects of whichever coin they intend to embrace.

Which is better for investors?

One thing all investors and intenders must note remains that both coins are grossly explosive and volatile. This, thus put them in a position to incorporate little of their investments in both cryptos so as not to go bankrupt when both coins fail. Though Shuba Inu seems to be more erratic than dogecoin, the former possesses a mechanism for a better future ahead. Accordingly, investors who adore stability in coins may adopt dogecoin, especially because of its relevance.

As things stand, Shiba Inu & Dogecoin remain close alternatives to one another and are both risky. However, doge presently enjoys the support and embracement of heavyweights in the crypto world. The founder of Tesla, Elon Musk remains a good admirer of the coin and thus allows the purchase of Tesla products with doge. This, however with other factors facilitated the market capitalization of doge to about $23.3 billion. This record value, undoubtedly put doge ahead in its competition with Shiba Inu which records a roughly $18.3 billion market cap. However, doge devoid compatibility when placed on smart contracts and this thus makes it only usable as an internet currency.

More so, using prevalent indices as a considerable factor, Shiba Inu possesses a better catalyst to become a metaverse token than doge. The deflationary feature of the coin makes it more vulnerable to explosiveness in the distant future than doge.

It should however be emphasized again that doge still currently enjoys a better placement than Shiba Inu and may be embraced by investors who are convinced with its prevalent advantage over Shiba Inu. On the other note, investors who are primarily concerned about future explosiveness may embrace Shiba Inu.