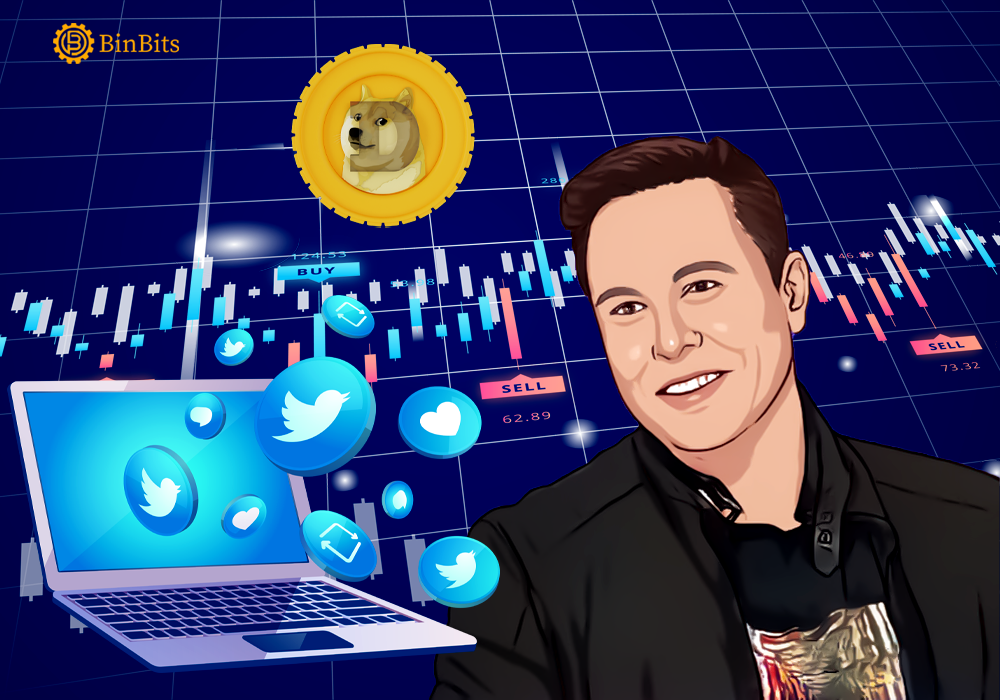 Barely a few minutes after the intention of Elon Musk to buy Twitter became public knowledge on Thursday, Dogecoin (DOGE) surged over 5%.

Recently, there has been several back and forth reports of Musk concerning the social media giant. Firstly, it was the recent case of Musk acquiring a 9.2% stake in Twitter, making him the platform’s largest shareholder.

Also, there were mentions that the billionaire businessman would be appointed as a member of Twitter’s board of directors. But shortly after, news filtered that Musk had refused to join the board for some certain reasons. However, going by the a tweet that surfaced earlier today, the popular “dogefather” is proposing to buy Twitter for a whopping $43 billion.

Typically, the DOGE is known to respond to Musk’s commentaries. In fact, when he recently suggested the idea of accepting DOGE as payment for Twitter’s subscription service, the meme token spiked accordingly. Although, Twitter is yet to accept the proposal, the initial spikes appeared to have settled.

Interestingly, the news has not left only Dogecoin fans in high spirits, whales have also been attracted. According to the Ðogecoin Whale Alert, there is also a surge in the Whales’ DOGE accumulation.

At least, more than $11 million worth of Dogecoin has been bought since the news broke. But while this was done in multiple transactions, biggest acquisition was a $3.23 million transaction.