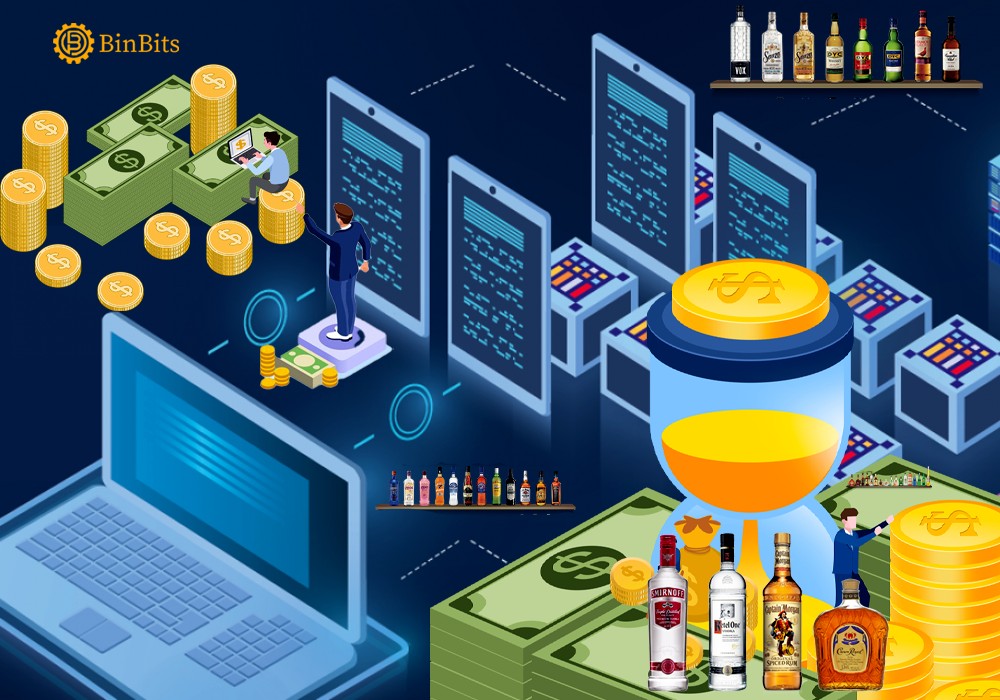 A popular maker of Spirits, identified as Diageo is looking to invest in blockchain technologies in a bid to address liquor pilferage. The Managing Director and CEO of the venture, Hina Nagarajan, confirmed this new development in an interview with the Times of India. According to Nagarajan, the company intends to invest and unveil a blockchain-based track-and-trace technology before the end of the year. As reported, Diageo plans to minimize the pilferage of liquor and counterfeits with the technology.

The CEO further that Diageo believes and focuses on the need for “premiumisation” to foster growth. As of now, the spirits maker is renowned for the manufacturing of Johnnie Walker, Black Dog, and Smirnoff. Now, according to Nagarajan, the blockchain-oriented track-and-trace mechanism will incorporated into the bottles of its products. Diageo believes such effort tends to drastically reduce counterfeiting.

Furthermore, the effort to incorporate blockchain technologies possesses the capacity to drive the sustainability practices of the firm.
As programmed, a blockchain and Internet of things (IoT)-oriented traceability mechanism works by manual records with smart tamper-proof labels. This thus helps to track every transaction in the process of moving products within the supply chain. Also, the system enables final consumers to authenticate the genuineness and origin of the spirit products just by scanning their labels.

The Diageo CEO lamented the increasing level of pilfering in Johnnie Walker and other categories of their products. According to him, the firm has decisively taken substantial measures capable of addressing the menace. Nagarajan further that the firm possesses a robust anti-counterfeiting mechanism and team. More so, he reinstated the plan of the company to continuously invest in technology as a way of checking the challenge.

However, the statement credited to the Diageo CEO manifested following a sale announcement by a UK-based spirits maker’s subsidiary (USL). Recently, the United Spirits (USL) revealed the sale and franchising of about 30 of its entry-level brands. The firm reportedly made the sale to Singapore-based Inbrew for about Rs 820 crore.

Lastly, founded in 1997, Diageo remains a leading manufacturer of varieties of beverage alcohol. The firm produces various categories of about 200 spirits and beers. Now, the products manufactured by Diageo can be found and enjoyed in about 180 countries of the world. Some of the brands of the firm include; Johnnie Walker, Crown Royal, JεB and Buchanan’s whiskies, Smirnoff, Cîroc and Ketel One vodkas, Captain Morgan, Baileys, Don Julio, Tanqueray, and Guinness.