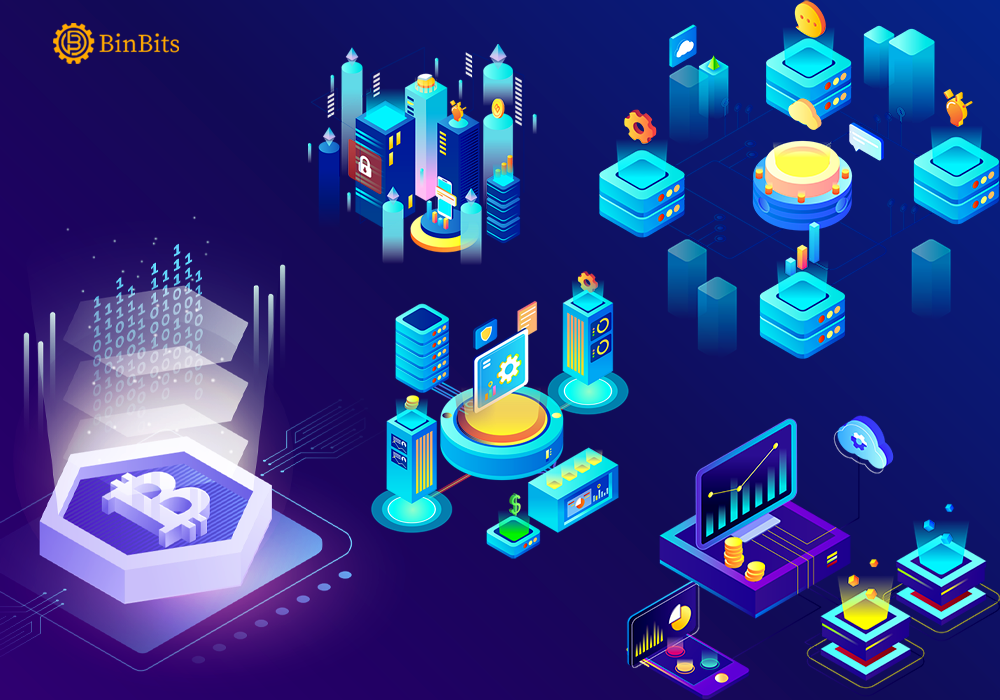 Blockchains as enablers of bitcoin operations

Without equivocation, Bitcoin as one of the existing digital currencies requires blockchains to function effectively and efficiently. As a matter of emphasis, this technology emerged or manifested, primarily to underpin bitcoin. This, however, proves the fact that there would be no bitcoin without the presence of blockchains. Although this technology is not peculiar or employed by bitcoin alone, all other forms of existing digital currencies cannot also do without it. This article, shall accordingly, reveal the various ways through which blockchains aid the operations of digital currencies, with a keen interest on bitcoin.

Blockchains, according to reports began in 1991 as an avenue to stock and retrieve digitally oriented data. Accordingly, its popularity came through following the upsurge in the prices and values of bitcoin. It, however, possesses an open ledger that allows access to scores of investors. The technology remains a ledger-oriented peer-to-peer mechanism and each existing peer possesses a ledger copy. According to IBM, each transaction record becomes a unique block and the connection of these blocks into a line of records ferments a blockchain.

Bitcoin on the other hand remains one of the indisputable digital currencies, with a decentralized model. This, thus makes it feasible to store all transactions in a distributed ledger, identified as blockchain technology. Whenever the processed transaction emerged successfully, the blocks become incorporated into blockchains’ records. Without further ado, the roles of blockchain technology in aiding the effectiveness and efficiency of bitcoin activities cannot be overestimated.

How the technology facilitates bitcoin mining

Furthermore, the blockchains enable bitcoin by making mining possible. Mining as defined is a technique that creates and sustains a trustless ledger. Those who subscribe and trade the bitcoin cryptocurrency are a group of miners and thus stock their transactions on the blockchain. Miners become wholly rewarded with bitcoin whenever they validate transactions and stock them in a public ledger. In an attempt to avert fraudulent transactions on the block, bitcoin designs its software to make mining difficult and perhaps time-consuming. By virtue of this, transactions capable of making other investors bankrupt and scammed remain totally averted. Just recently, Blockstream and Block revealed intentions to commence mining of Bitcoin, via a solar-based mechanism reportedly initiated by Tesla.

Accordingly, the facility will enjoy about 3.8-megawatt Solar panels and 13 megawatts-hour megapack power, relayed by Tesla. As things stand, miners of bitcoin hugely employ renewable sources of energy to mine the virtual assets. This nevertheless aids the cancellation of the belief depicting the project as fermenting more harm to the environment. Now, the recent bitcoin mining partnership between these firms justifies the report that revealed the increase in worldwide bitcoin mining. The report insisted that bitcoin mining, particularly with renewable energy increased from 1% to over 58%.

Examining other roles performed by the technology

To begin with, the blockchains aid the operations of bitcoin by fostering the verification and most times traceability of multiple transactions. This, however, helps to reduce the cost implications associated with compliance, secure processed transactions, and accelerate data transfer. Blockchains possess an encryption feature that makes it possible to safeguard processed transactions and makes them grossly transparent.

In addition, blockchains enhance accountability in all bitcoin-oriented operations. The technology achieves this by aiding the data integrity of its transactions, streamlining the operations, and declining all associated risks. Accordingly, blockchains aid transaction oversights in a bid to secure objective and uniformed bitcoin transactions. As a matter of fact, bitcoin’s blockchain otherwise referred to as distributed ledgers remain public. This, thus means the tech becomes accessed or downloaded, with its transaction records already intact.

More so, the presence of blockchains make the bitcoin crypto network to be decentralized. By virtue of this, none of its contents, transactions, or records become censored. Its server remains intact all the time as no central person is controlling the network. Although applications using bitcoin may shut down, all data or records still remain intact on the blockchain. This thus means participants keep tabs on their transactions and record themselves through consistent creation and verification of every blocks enveloped in a transaction.

In view of all the aforementioned, it is obvious that the impacts of blockchains on the efficient operations of the bitcoin network are not farfetched. The situation is not different from every other form of digital currency. This, however, makes blockchains as important to prevalent digital currencies, just as a nucleus is to a cell.