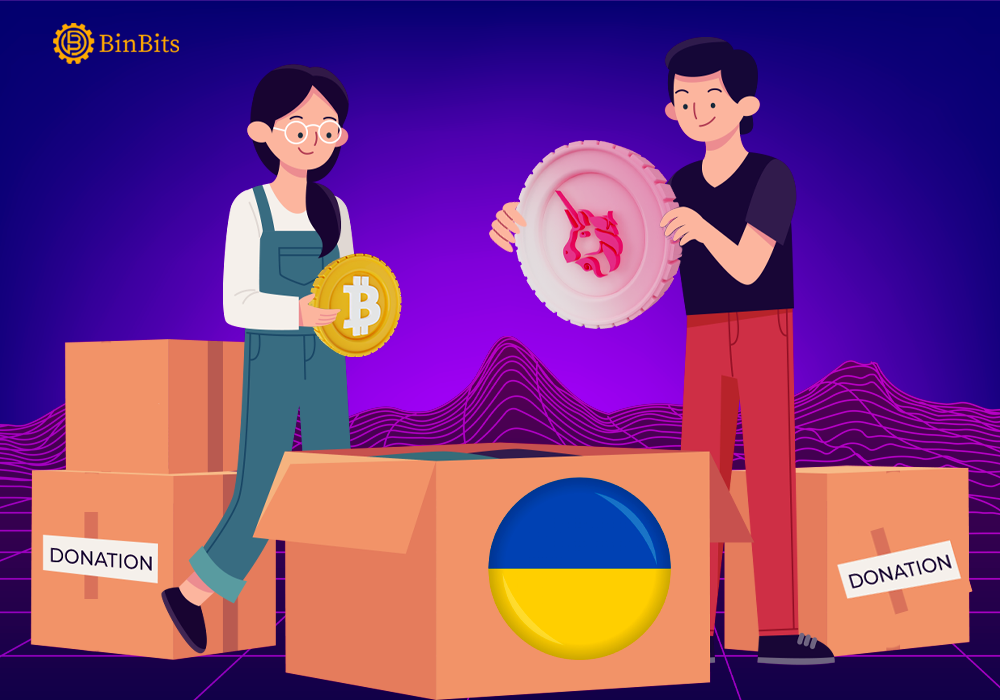 In a bid to render support to the ongoing political situation in Ukraine, decentralized exchange (DEX) Uniswap has created an interface that allows users to swap any ERC-20 token for Ethereum (ETH) and donate it to the Ukrainian government, all in a single transaction.

In addition, the protocol also explained further about the one-click. It said; the interface is built in a way that anyone who wishes to donate but holds other ERC-20 tokens, can do so in just a single click.

Since Russia’s invasion of Ukraine, donations worth tens of millions of dollars of crypto has been made to the Ukrainian government and NGOs on ground.

Also, the Ukrainian government announced on Twitter earlier today, that it now accepts Polkadot donations too. And it also said clearly, that more cryptocurrencies would follow soon.

Meanwhile, blockchain analytics firm Elliptic has claimed that the total amount of cryptocurrency donations that the Ukrainian government and NGOs have received so far, have surpassed $20 million yesterday.

Apart from the donations sent directly to Ukrainian government addresses, there’s another active fundraiser. Dubbed ‘Support Ukrainian Sovereignty’, the fundraiser has reportedly raised no less than $511,000 to date.

Meanwhile, there’s another NGO that has so far raised several millions of dollars according to Elliptic. And, ‘Come Back Alive’ that was previously suspended by crowdfunding platform Patreon for “funding military activity,” is the NGO.