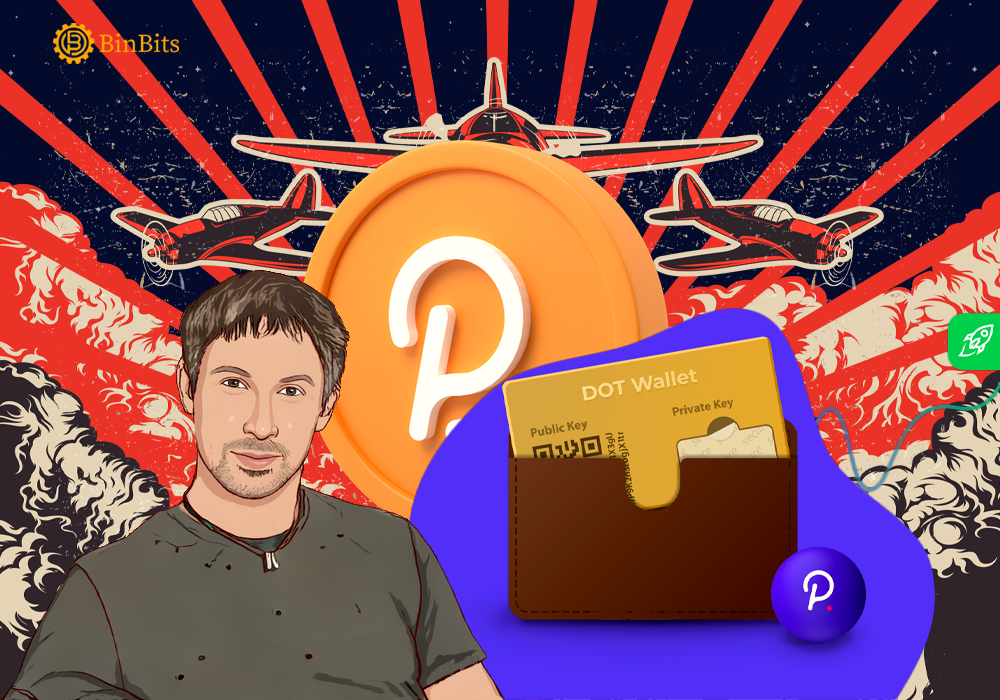 Ukraine has opened a Polkadot wallet in other increase the crypto funding raising initiative. This development comes in a bid to resist the scorching invasion by the Kremlin forces. So far, the country has realize up to $20 million in the crypto fundraising initiative. The promise of Polkadot’s founder, Gavin Wood to donate over $5 million Dot to the Ukrainian Military manifested the move. According to on-chain data, The country has further received up to $186,000 Dot. A tweet from the Ukrainian government confirmed that the country is yet to receive a donation from Gavin Wood.

Other Crypto Donations to Ukraine

Furthermore, notable crypto investors like Sam Bankman-Fried, Deepak Thapliyal, and the popular trading platform, Binance have contributed to the quest. Stats from virtual asset research organization, Elliptic further reveal that Ukraine has received over 24,000 virtual assets. Due to the notable difference between the Russian and Ukrainian military, Ukraine has resorted to crypto fundraising.

The fundraising aims to match the difference in their military size and build Ukraine’s resistance against the invasion. NGOs and volunteer groups have raised the money by advertising their Bitcoin wallet addresses online. They’ve championed the course of assisting the country to gather more donations. Ukraine Budgeted $4 billion for the defense last year, which is 10 times lower than Russia’s allocation for defense.

On Saturday afternoon, the official Twitter account of the Ukrainian government posted a message: “Stand with the people of Ukraine. Now accepting cryptocurrency donations. Bitcoin, Ethereum, and USDT.” It posted addresses for two cryptocurrency wallets which collected $5.4m in Bitcoin, Ether, and other coins within eight hours.

The Situation of the Invasion and Role of Crypto

However, the Russian military is pushing its quest to take over the capital of Ukraine, Kyiv. Military efforts are aggressive as well in Ukraine’s second-largest city, Kharkiv. Countries around the globe have reacted to the Invasion by condemning Vladimir Putin’s decision to invade Ukraine. World powers also responded by providing Ukraine with military and humanitarian aid. In addition, Russia incurred stern economic and financial sanctions for countries around the globe.

Moreso, Ukraine called on crypto trading platforms to freeze Russians accounts. This is an attempt to soften Putin’s resolve to call off the invasion. However, trading platforms are yet to respond to the call. There are emerging rumors that Russia may use Crypto to evade the hammering sanctions placed on it by the US and other nations. The heat of the invasion continues to intensify and Ukraine is counting on Crypto fundraising to strengthen its defense.