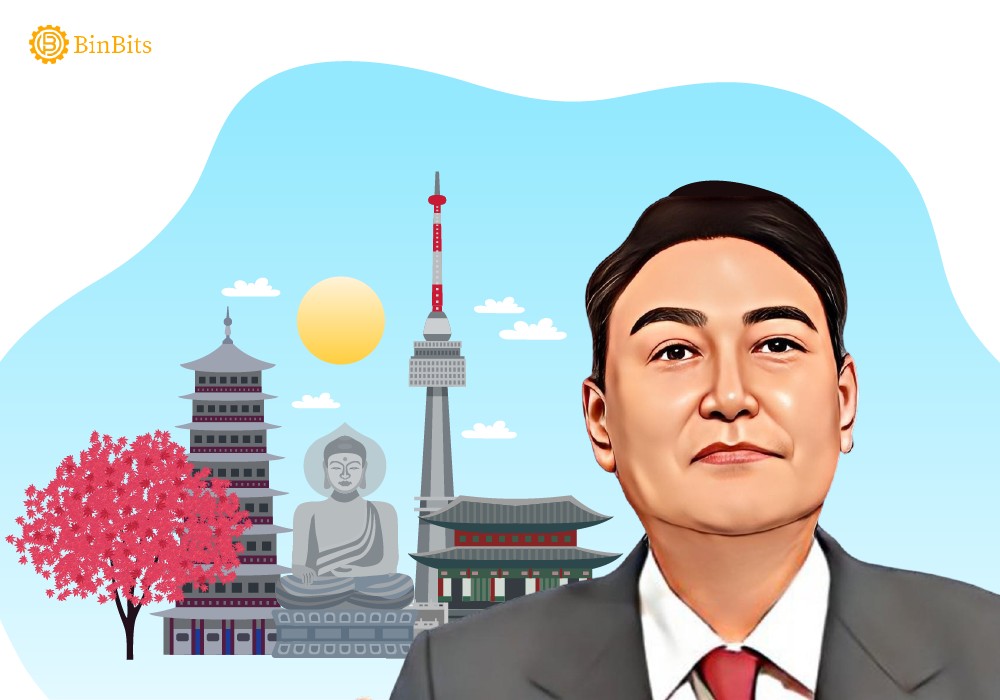 Crypto-friendly presidential candidate of the conservatives, Yoon Suk-yeol has officially been elected as the next president of South Korea.

According to reports by BBC coverage, the election was a closely-run contest and possibly the closest in South Korean history. In fact, Yoon, who represented the conservative People Power Party, won his opponent, Lee Jae-myung, by a margin less than 1%.

Somehow, the just concluded elections was almost centered around cryptocurrency. Both candidates had caught the attention of the younger generation, especially after releasing their campaign-related NFTs. Interestingly however, their crypto-friendly stances were in direct contrast to the beliefs of former-President Moon Jae-In. The former president cracked down heavily on crypto exchanges in 2021.

Now despite being known as a long-time crypto progressive, Yoon further established his crypto stance during a virtual asset forum in January. At the forum, Yoon promised to deregulate South Korea’s crypto industry. He said:

“To realize the unlimited potential of the virtual asset market, we must overhaul regulations that are far from reality and unreasonable.”

Yoon made many more crypto-related promises ahead of the elections. These included revealing his plans to help create blockchain-tech related “unicorns” in South Korea. Unicorns are startups that grow to reach a valuation of $1 billion or more.

Perhaps one of his promises that really went on to convince voters was the one about the introduction of some type of legislation that would see that all profits gained from illicit crypto activities will be returned to its victims.

Meanwhile in what seems like a related development, cryptocurrency ICON (ICX) the native token of the South Korean ICON blockchain, is now up 60% in the first 12 hours following Yoon Suk-yeol’s emergence. And while it’s retraced a little, the coin is still up 35% at the time of writing.

Recall that in December 2021, Yoon famously minted his signature on the blockchain at a televised start up forum.

From the look of things however, cryptocurrency has warmed its way into the hearts of young South Koreans. According to earlier reports by BinBits, even top Korean professionals have been leaving their jobs to pursue day-trading cryptocurrencies.

Meanwhile, even before the major crackdown on crypto exchanges began in September last year, trading volumes on South Korea’s top exchanges were already exceeding those of the stock market. And that’s apparently an indication of growing interests in digital assets in the region.