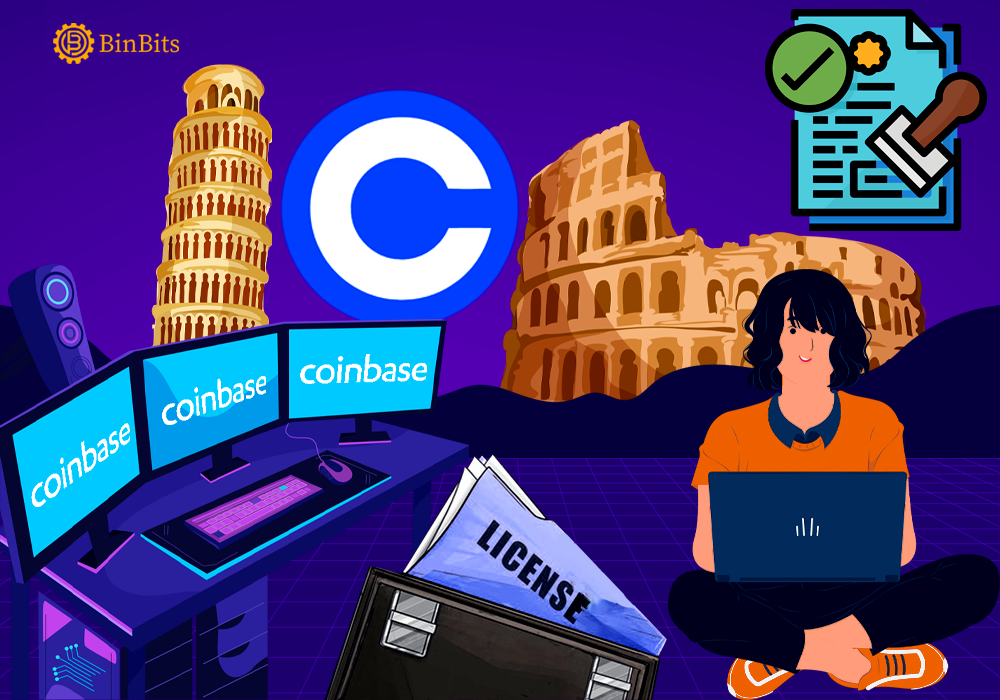 A subsidiary of Coinbase in Italy recently secured an approval from the Italian regulator to render crypto services to its residents. The exchange announced the development via a blog post relayed on its official handle on Monday. As revealed, the new regulations implemented by Organismo Agentie Mediatori(OAM) require companies offering crypto services to meet up with the set standards.

Coinbase expresses its delight to be among the first companies to meet up with the newly stated standards. Till date, Coinbase renders crypto services to almost 40 European countries across dedicated hubs in Ireland, UK and Germany.

Coinbase reaffirms its plan to establish a full presence across all countries in Europe. It says efforts are ongoing to ensure that all license applications and registration obtain necessary approvals. According to the exchange, its expansion crusade remains in line with the existing local regulations and compliance obtainable in those countries. Also, the exchange, through its subsidiary, Coinbase Italy, intends to foster customer growth by unveiling the coinbase suite of retail, institutional, and ecosystem products.

The International and Business Development Vice President of Coinbase, Nana Murugesan, hinted that the exchange prioritizes the establishment of a constructive relationship with regulators in every region they operate. This, as revealed, will help Coinbase in achieving its mission of fostering economic freedom in every corner of the world.

Murugesan further that the obtainment of the regulatory approval justifies Coinbase’s good relationship with Italian regulator. According to the Vice President, the firm intends to continuously maintain a healthy relationship with the regulatory body. This, as revealed is necessary as it looks to expand its services across Europe and other countries. Furthermore, Murugesan says the exchange intend to consistently market commodities required by customers through reliable and secure atmosphere.

Last month, the exchange announced its intention to solicit for approval across European countries despite its 18% layoff. Recall coinbase recently laid off its workforce last month, citing market conditions. According to the exchange CEO, Brian Armstrong, the exchange has entered a recession after a 10years economic abundance. He further that the recession resulted into a crypto winter that can prolong for a long period.

Now, Coinbase currently enjoys active markets across Uk, Ireland, and Germany. With Italy already secure, it now look towards expanding its operations to Spain, France, the Netherlands, and Switzerland.