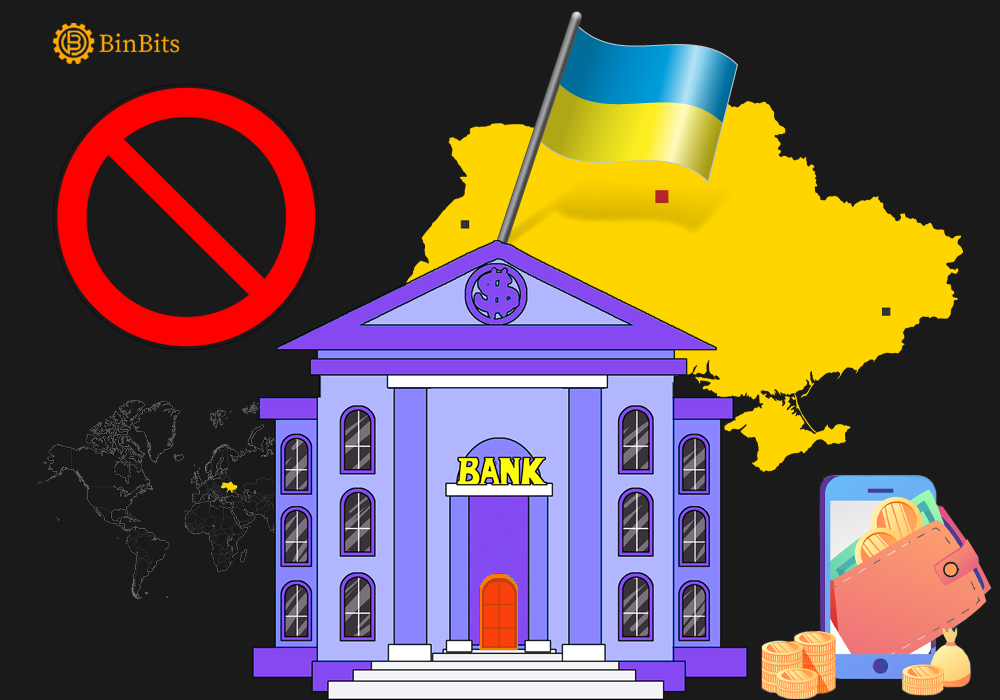 On Thursday, the world woke up to the news of Russia invading Ukraine, however the Central Bank of Ukraine has also responded in its own language. Drawing up several restrictions especially regarding electronic money, the apex bank has banned the issuance of electronic money and the replenishment of electronic wallets indefinitely.

In line with the martial law now in effect throughout the country, the bank has officially announced a set of resolutions. Firstly, the bank ordered an immediate suspension of all e-money issuers. It then follows it up by also banning anyone trying to replenish e-wallets with e-money, or distribute and trasact e-money with e-money issuing banks.”

Essentially, e-money in this case refers to fiat currency, although in digital form. For example, money being held on digital platforms like CashApp or PayPal.

Meanwhile, the foreign exchange market (FOREX) is not left out from the ban either. The suspension orders ensured to capture FOREX, while also limiting withdrawals from consumers’ bank accounts. Lastly, the withdrawal of foreign currency from customer accounts has also been outrightly forbidden.

As it stands, details of the ban remain sketchy and at the time of publication, the full extent still unclear. However, over time, it will be established whether or not the ban also extends to crypto and other digital currencies. Recall that the central bank of Ukraine just got permission to issue a central bank digital currency (CBDC) last year.

Meanwhile, since news broke about the Russian invasion, traditional financial markets alongside the crypto markets have not remained the same. While both have been sliding bearishly for the past week, they saw a rapid decline early on Thursday. And apart from crude oil prices, which surged to an eight-year high above $100, most stocks have already lost over 5%.