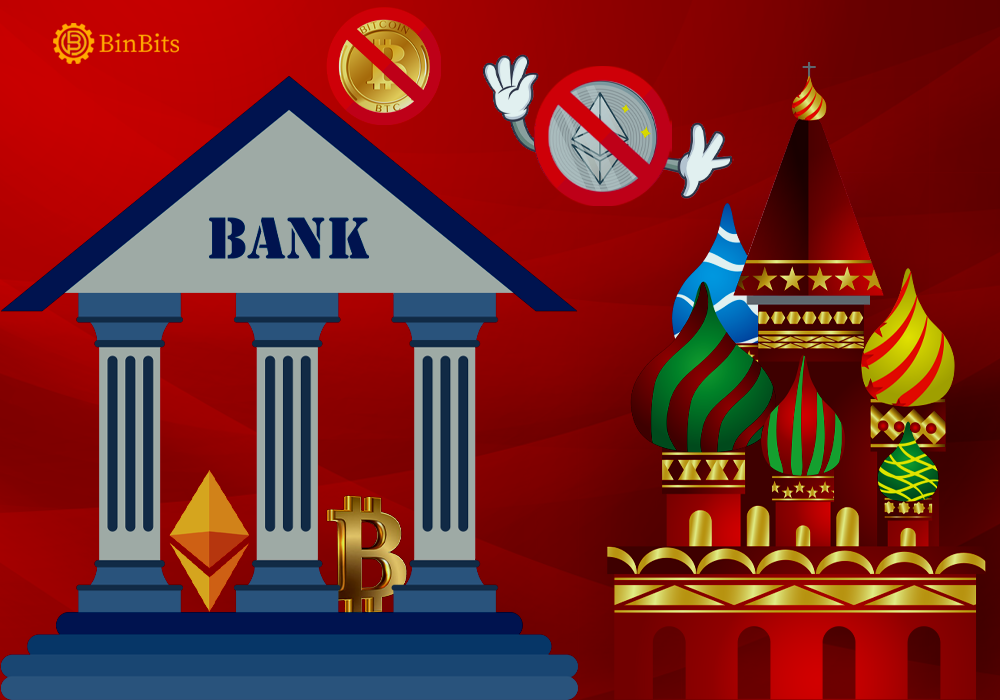 The Russian Central Bank has called for a complete ban on cryptocurrency trading.

Correspondingly, the report states that cryptocurrencies make the job of regulators difficult because citizens invest in a digital asset that takes out their money from the nation’s economy.

The published report also warns that the growth of cryptocurrencies is due to speculative demand and not based on reality.

Furthermore, the report says that cryptocurrencies contain all the signs of a financial pyramid and could threaten the financial stability of citizens.

Additionally, the Russian Central Bank has issued recommendations. Firstly, the Central Bank says there should be a ban on financial institutions carrying crypto-related transactions.

Secondly, the bank demands a ban on crypto exchanges.

However, the bank has clarified that they will not have any restrictions on owning cryptocurrencies.

Though Russia had already rejected accepting cryptocurrency as a means of payment, the new report cites additional penalties. The Central Bank says that cryptocurrency mining needs to go.

Russia is ranked third in the list of countries with the highest bitcoin mining rate. Stating that crypto mining has resulted in over-consumption of electricity, the bank suggests a ban on the same.

Previously, the Russian Central Bank announced that they would collect customer data related to cryptocurrency transfers from commercial banks.

The Central Bank of Russia is working with countries where crypto exchange platforms are registering information related to the transaction of Russian clients.

Pointing to China, authorities in Russia have stated that they are working to develop a similar ban on cryptocurrency in the country. However, Russia will observe the effects of the currently proposed measures before imposing a ban identical to China’s.

Last year, China had called for a complete ban on cryptocurrency transactions and mining.