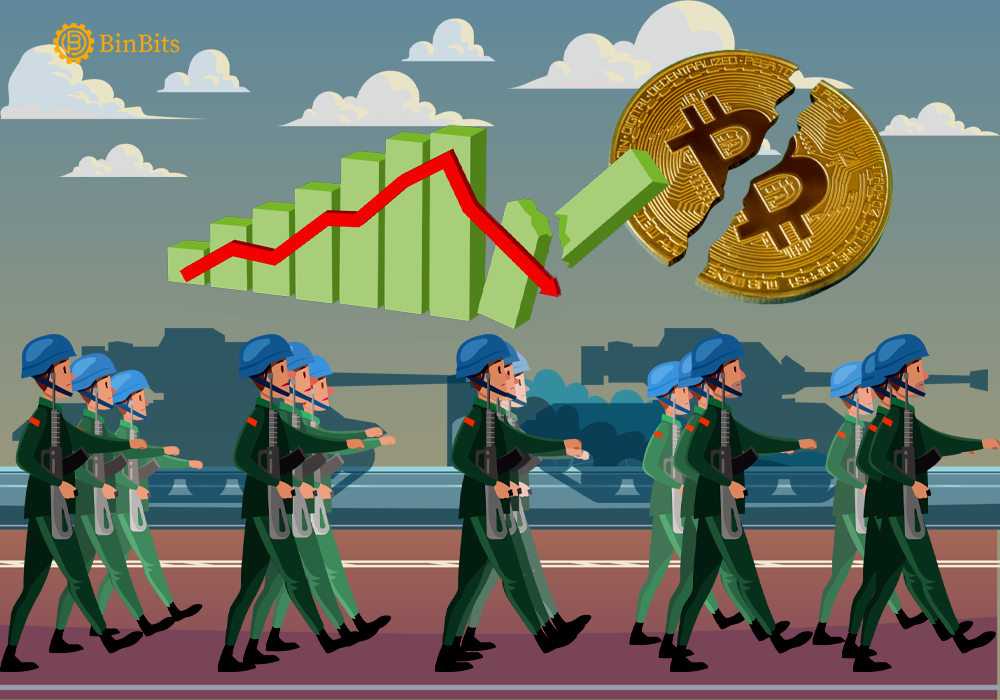 The world’s biggest cryptocurrency by market value Bitcoin (BTC) is currently trading at $34,699 after surpassing the $39,000 mark on Tuesday. This follows briefly after the Russian President Vladimir Putin announced the beginning of a ‘special military operation’ in Ukraine on national TV around 6 a.m local time.

Bitcoin (BTC) Dips By Over 8%, As Gold Sees Green

BTC is down 8.65% to $34,699 at the time of this writing, according to CoinMarketCap data. And without a doubt, the woes of Bitcoin can be directly linked to the escalating tensions between Russia and Ukraine. This is because the leading digital asset now faces serious selling pressure even as many in the crypto community continue to see bitcoin (BTC) as a risk-off asset.

But as it turns out, the Russia-Ukraine situation seems to have brought good fortunes for gold. Although to an extent, this is understandable. Investors are being forced to ditch a risky asset as Bitcoin, for safer havens like gold.

Meanwhile, a New York Times report claims that the military operation by the Russian President is in a bid to achieve the “demilitarization and denazification of Ukraine.”

In his nationwide broadcast, Putin asked Ukrainian soldiers to surrender their arms with immediate effect. According to New York Times, the president says:

“All service members of the Ukrainian army who follow these demands will be able to leave the battle zone.”

Furthermore, Putin might also have issued a seemingly subtle threat to any such nations supportkng Ukraine. And that includes the U.S. and other NATO members. The President who claims that Russia is ready for any turn of events, said:

“Anyone who tries to interfere with us, or even more so, to create threats for our country and our people, must know that Russia’s response will be immediate and will lead you to such consequences as you have never before experienced in your history.”