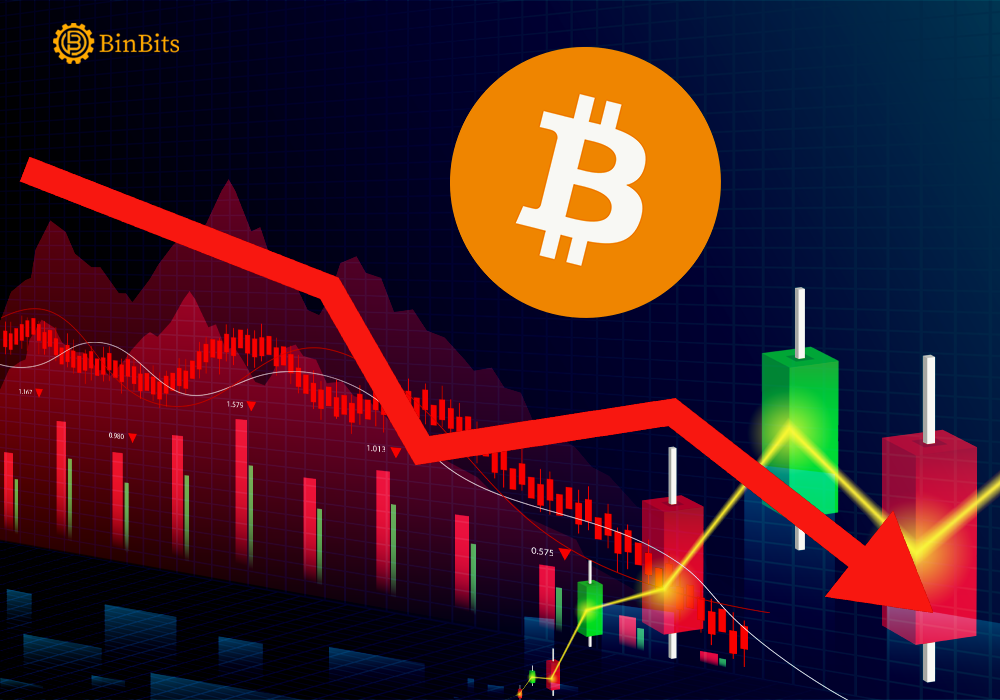 Bitcoin further dipped in price as it witness a staggering 7.5% in the last 12 hours. Bitcoin price dropped from a significant $43,328 to $38,258 recording its lowest trading price in the last 6 months. Experts predicted that macro indicators may prophecies more calamity for bitcoin and cryptocurrency with the current trend.

After hitting a zenith of $3 billion last November, the cryptocurrency industry has witnessed a remarkable slum. The rest dip has cleared up to $50 million from the total worth of the industry. Other cryptocurrencies like Ethereum, Solana, Cardona, and Ripple also suffered from the dip. In the last 12 hours, they all gave up to -6.3 percent to -10 percent of their value.
Based on the Top ten coins ranking according to Market Capitalization, ADA witnessed the largest losses of all. Its value dropped 10% on a staggering note pushing it back to $1.21.

What has been Said about the Bitcoin Dip

However, the reason for Bitcoin dip in price has left many with guesses. The lack of substantial breaking news made it difficult to guess what could have caused it. Notwithstanding, experts attributed it to macro indicators due to tech stocks on popular trading platform NASDAQ diving into correction territory.

Furthermore, Bitcoin moves in an unpredictable way. The news of popular investor Raoul Paul who vended off his holdings in Bitcoin could have influenced the current dip. Rekt Capital also raised an opinion that the current trend is like a recap of Bitcoin’s price behavior last September. Recalling that Bitcoin’s price also dipped from $52,000 to $41,300 between September to October. It recorded a remarkable bounce back by November as it traded at $69,000.

Another popular platform, InvestAnswers also predicted that pessimistic investors who believe prices will continue to fall wanted Bitcoin below $41,000. This will help them to further record a massive $132 million profit.

Furthermore, Forbes Analyst Billy Bambrough opined in a write-up that Bitcoin holders have been knocked back by the FRB. Recently, the Federal Reserve Bank announced its intention to cut its balance sheet and increase interest rates. Bambrough cited this as part of what could have been responsible for the dip.