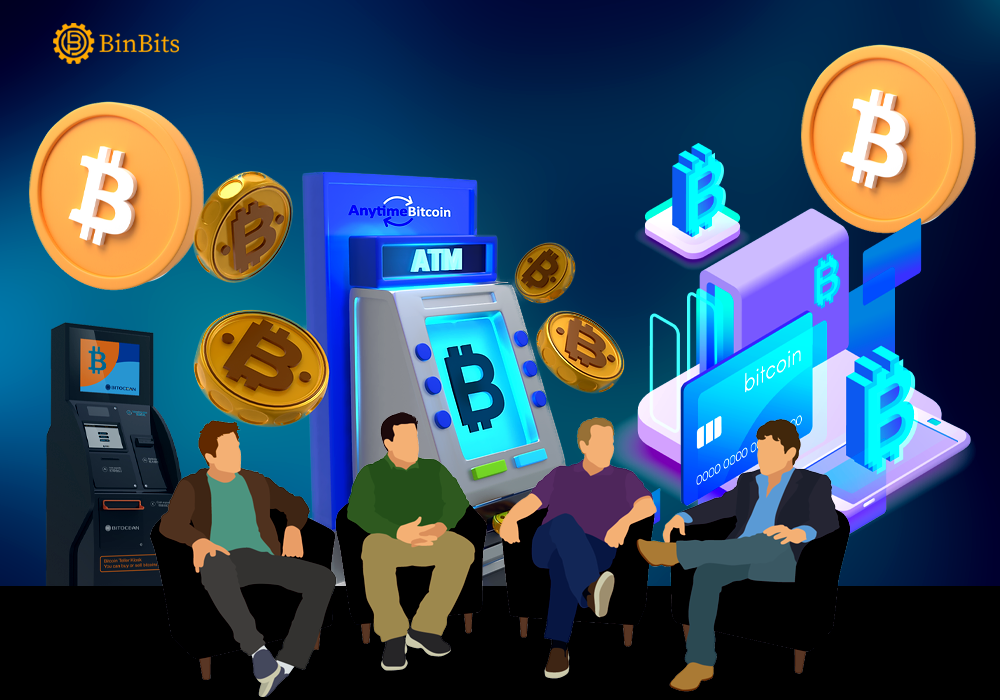 Bitcoin ATM and how subscribers can use it effortlessly

Without equivocation, the global expansion, and advancement obtainable in the cryptocurrency industry overtly enhanced the emergence of the bitcoin ATM. The technology, identified as the Bitcoin Automated Teller Machine offers holders of bitcoin-oriented funds the platform to sell the crypto, and buy and even convert the coins into fiat without complications. However, the architecture and programming of the technology typically differ from the age-long fiat (traditional currencies) ATM. Though, operating this bitcoin ATM is not rocket science as it possess user-friendly functions installed to ease all its operations. With this article, existing and potential bitcoin holders shall learn about the trend and how they can use it effortlessly.

As designed, the bitcoin ATM works only for holders who possess a crypto wallet, particularly a bitcoin wallet. For new subscribers, bitcoin wallets manifest as a project which helps stock funds of every individual bitcoin investor. With apple store or google play, new users can download and install the wallet on their respective devices. Users who possess the wallet automatically becomes eligible to use the bitcoin ATM. The technology despite possessing differentiated features from the traditional ATM shares a similar outlook.

However, the crypto ATM still low in circulation when compared to the traditional ATM and this thus prone to intending users to employ using a live map to realize the locations of the ATM. Accordingly, such maps entails coin ATM radar, and a bitcoin ATM map which grossly allow users to identify the obtainable operator fees, kind of machine, and its acceptable crypto. Also, bitcoin investors intending to use the ATM go to international airports, malls, or other designated places, possess robust traffic.

Using the Bitcoin ATM for buying and selling

For any user who intends to purchase bitcoin through the ATM, registering an account with the operator of the bitcoin ATM remains key. Intending users insert and compute their personal details, including their identification cards in line with the directive of the operator. Afterward, users consequently insert the details attached to their wallets on the machine. As programmed, users tend to achieve this through alphanumeric symbols or by scanning the QR codes attached to the bitcoin wallet. Furthermore, users then deposit the fiat intended for the bitcoin purchase. With this, the ATM instantly displays the aggregate value of the bitcoins purchased based on the inserted cash. Afterward, the user verifies all the information displayed on the screen before using the send button on the ATM. Consequently, the purchased funds become deposited into the user’s wallet.

Also, the procedures incurred when buying funds through the bitcoin ATM remain familiar with selling. For all users who intend to instead sell their bitcoin, they need to critically surf the ATMs which support selling or multi-functional. As usual, the intended users create or register an account with the operator just by revealing the same details as indicated when buying. Afterward, the users must avail all the required wallet data to the machine. More so, as programmed, the users need to insert the wallet address of the intending buyer. Automatically, the machine logs the user in and then avails the “sell option” function to determine the amount intended for sale. Immediately, the transaction becomes successful, the bitcoin ATM dispenses the fiat equivalent to the sold bitcoin.

Do users incur fees for using the ATM?

Yes, users transacting with bitcoin ATMs pay flexible amounts as service fees. However, the percentage payable varies and depends on the individual operator of the machine. But the lowest any of the operators charge amounts to $20 per transaction. In addition, some operators premise their charges on percentages, taking between 8-20% per transaction. In most cities, the serviceable fees incurred on such transactions are grossly regulated. This becomes possible because owners of the ATM register under the Financial Crimes Enforcement Network obtainable in the individual countries. This, however, compels them to act in accordance to the existing regulations aimed towards streamlining the fees.