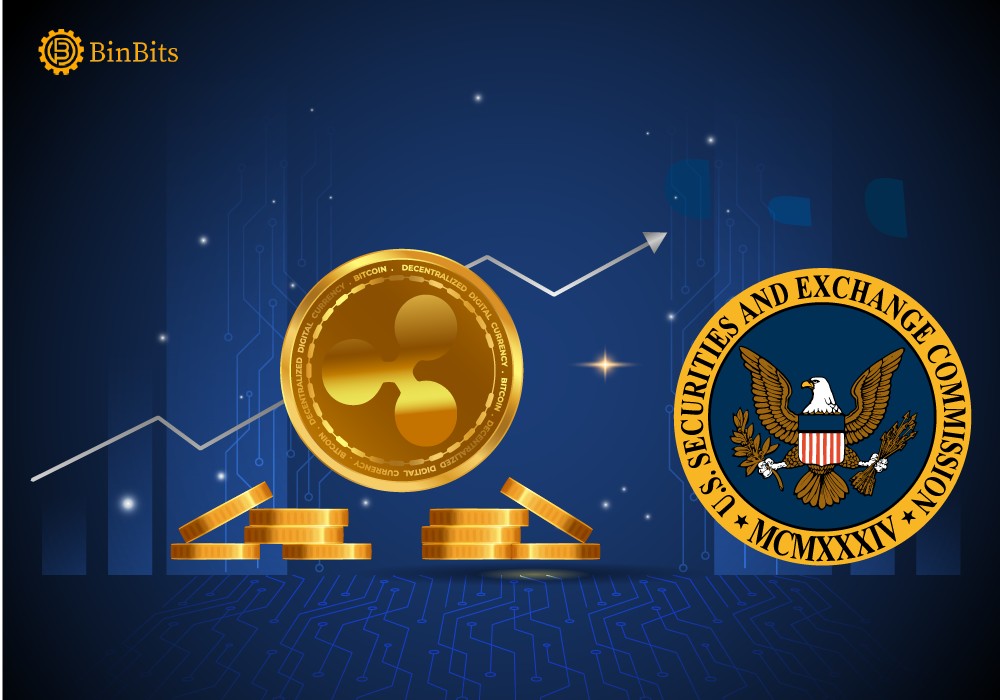 Recently, all odds seem to be in the favor of Ripple in its ongoing case against the United States Security and Exchange Commission (SEC), and this might have sent the price of its native token up as XRP jumps 8%.

The SEC had moved to prevent Ripple from pursuing a fair notice defense in a recent hearing. However, as it turns out, SEC’s motion has been dismissed by the judge on Fridayq.

As XRP Jumps 8% In Response To New Judgement

Following Ripple’s little win in court, XRP price is up in excitement, per CoinMarketCap data. It has surged nearly 8% in 24 hours and currently trades at $0.8021 with a market cap of $38.5 billion. Meanwhile, despite all the loss that XRP recorded last month amid a general market downtrend, today’s surge helps its to recover all.

While speaking about the judgement of Friday, the General Counsel of Ripple Stuart Alderoty says it is now clear that the onus was always on SEC to clear the air regarding whether it had declared to Ripple that its XRP distributions will be regarded as securities. He stated:

Today’s order makes it clear there’s a serious question whether the SEC ever provided Ripple with fair notice that its distributions of XRP – since 2013 – would ever be prohibited under the securities law. Good to see the Judge rejecting the SEC’s attempt to prevent Ripple from pursuing its fair notice defense. It’s even more imperative that the sun sets on the SEC’s “regulation by enforcement” approach.

Meanwhile, there’s a mixture of anxiety and pleasure around the statement of Ripple CEO Brad Garlinghouse regarding the new judgement. Garlinghouse also wrote: “While we would have preferred the cases against Chris and me to end now, the SEC must now prove its claims. We are confident that ultimately all of them will be dismissed”.

This could probably mean that the Ripple vs SEC is close enough to its conclusion.

Does 2022 Hold Anything In Store For XRP?

While majority of the crypto market witnessed a strong bull run in 2021, XRP hardly saw any reasonable part in the action. And that was because of the skepticism of investors over its ongoing case with the SEC. However, once a final verdict is given, there’s no saying the potentials of XRP heading for the moon.