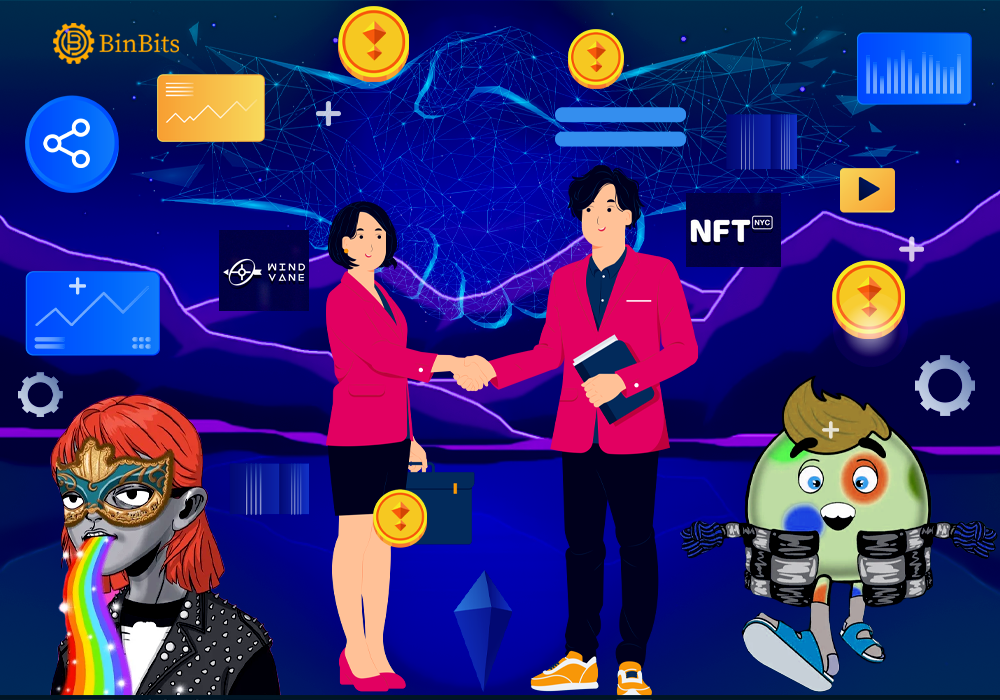 A popular NFT marketplace, identified as Windvane recently partnered NFT.NYC to bring NFT creators, artists, and crypto enthusiasts together to initiate a better NFT space. This development was confirmed in a blog post relayed on the official handle of Kucoin, a renowned cryptocurrency trading outlet. Recall that Windvane manifested as an NFT marketplace of Kucoin.

As reported, the NFT.NYC emerged as one of the largest NFT conferences in the industry. The event usually hold to allow NFT enthusiasts and creators to discuss and fashion out a better to build the NFT space. Since its commencement, it has continuously lent voices to the expanding NFT industry. In addition, the NFT.NYC conference usually unfold in order to discuss on the growth of the NFT ecosystem.

With the announced partnership, Windvane intends to sponsor this year’s edition of the conference, scheduled for June 20 till June 23. According to reports, the three-day NFT.NYC 2022 conference will unfold in Times Square. Aided by Kucoin, Windvane plans to foster new exposure for all NFT subscribers and enthusiasts. Furthermore, the new NFT marketplace seeks to initiate a robust and compatible platform capable of supporting the mainstream NFT blockchains.

More so, Windvane intends to make all subscribers eligible to select all NFTs on the Kucoin cross-chain aggregator. Recall that the NFT marketplace, through the aid of Kucoin empowered the development of NFT when it unveiled a $100 million creators fund two months ago. As revealed, the funding appears geared to empowering young artists and creators in displaying their talents to the globe. Furthermore, Winvane resolved to support promising NFT projects with the funding via inventive technology and a strong team.

Windvane Founder reacts to the partnership with NFT.NYC

According to Windvane Founder and CEO, Fungi Chic, the NFT.NYC remains the first international conference to be attended by Windvane since its birth. He announced the plan of his team to discuss and harness web 3.0 with creators and enthusiasts of NFT across the globe. In addition, the founder hinted that the $100 million creators fund tends to go a long way in finding more promising projects to sponsor. This, according to him helps in building a better NFT space.

Founded by Kucoin, Windvane emerged as a decentralized full-feature NFT open marketplace. The platform enjoys multi-chain support which avails mint, NFT launchpad, trade, and a host of other services. On the second day of the conference, it intends to host a cocktail party with Kucoin ventures and Superpower.