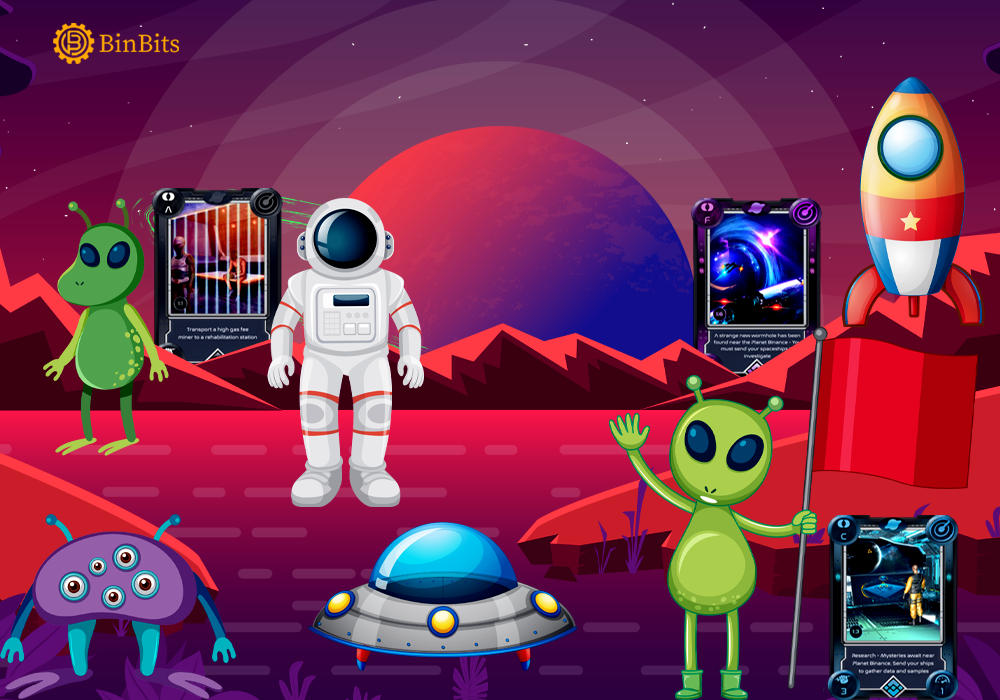 What is TLM coin? | Alien Worlds

TLM is a blockchain-based game platform for Alien worlds (an NFT metaverse). It simulates a multi-planet environment where people compete for scarce resources. Players use Trilium (TLM Coin) to fuel the game by staking and voting in the Planet’s Decentralized Autonomous Organization.

Alien Worlds is an online game that mimics economic struggle and collaboration among players in order to earn Trilium, the game’s currency.

What is the metaverse of Alien Worlds?

Alien Worlds is an NFT Metaverse where users can interact with one-of-a-kind digital objects (NFTs). As we know The Metaverse is a collaborative virtual open area formed by the merging of virtual reality with digital reality. It lasts a long time and allows for more immersive experiences. It’s a simulated economy in which participants compete for a limited resource inside the ecosystem. Specially Trilium (TLM Coin) is in utilization to improve one’s strength or authority in the game. Consequently, it achieves this by staking and voting in Planet Decentralized Autonomous Organizations (Planet DAOs). Additionally, Planets and players compete for TLM, resulting in fierce competition and cross-group teamwork.

Furthermore, The Alien Worlds metaverse currently has the following use cases:

In Alien Worlds, what can players accomplish with NFTs?

In the Alien Worlds metaverse, players obtain NFTs of digital game items in order to mine TLM, fight in battles, and accomplish in-game tasks. NFTs that best suit the player’s gameplay can also be purchased and assembled. They can also influence the game’s course by electing the Councilors of six Planet DAOs, allowing them to participate in government.

The following are the several sorts of NFTs in Alien Worlds:

Each NFT has a unique name, avatars, functional characteristics, ownership, and a blockchain-based history of ownership changes. NFTs appear as trade cards in the user interface.

In-game, land is the most important NFT. It’s on the planets, and the characteristics of a given land plot include things like the time between mining sessions, the number of TLM generated per mine, and the possibility of obtaining NFT for a mining session. Each planet has a certain amount of land, to begin with. Until they are purchased by a user, they are all the Federation’s property. Landowners have the option of renting out their land plots in exchange for a percentage of the TLM they mine.

What is TLM (Trilium)?

TLM is Alien Worlds’ native token, which can be in use to bid on planets and engage in in-game activities. Trilium is available on the Ethereum, WAX, and BSC blockchains, allowing users can store it on whichever chain they like. The total number is 5 billion. Alien Worlds Metaverse’s native coin, Trilium (TLM Coin), is a decentralized blockchain game that incorporates DeFi and NFT technology. TLM is a Metaverse token that can be replaced with another ERC-20 token.

Accordingly, one may earn Trilium by mining the proper land with the right gear.

There are ten billion Trilium in total. However, this amount is unlikely to reach that number because TLM has a low inflation rate.

Also, releasing cross-chain functionality makes it easier to collaborate and integrate. TLM is currently available for trading on Binance.

Until now, the Alien Worlds Roadmap has three phases. each of which includes particular NFT mining incentives, the release of Thunderdome (a war arena), in-game objectives, and experience. experience in a role-playing game.

Subsequently, Alien Worlds’ developers plan to release new quests with daily resource distribution to landowners in the near future. There will be an automated system for providing NFT mining incentives to individual landowners, in particular. As a result, users can acquire precious NFTs that can be purchased and traded, make money by staking, and take part in planetary management, events, and adventures.