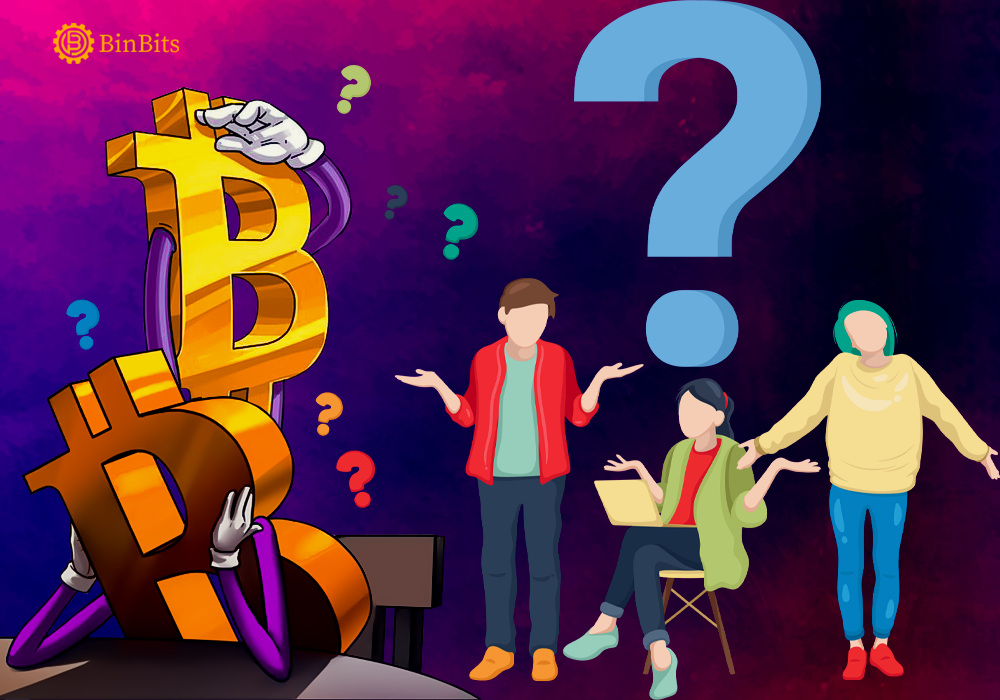 Bitcoin is the world’s first and most well-known crypto that works on a technique of decentralization and cryptography mostly obtained from mining. It helps to obtain global consensus. It is done on the status of a periodically updated public transaction ledger termed a “blockchain”. Thereby enabling a peer-to-peer exchange of value in the digital environment.

Recently, BTC reaches a new high in 2022, as the crypto industry surpasses $2 trillion. You might be wondering what makes Bitcoin so special from others. Let’s start from the inception.

Satoshi Nakamoto, a pseudonymous individual or group, developed Bitcoin in a white paper published in 2008. Bitcoin is a digital currency that allows for safe peer-to-peer transactions over the internet, and it’s a very straightforward concept. The fun fact is Bitcoin’s creator is still unknown. To conceal their genuine identity, they use the alias Satoshi Nakamoto.

BTC is extensively in use across the globe. Thousands of other cryptocurrencies have come into the picture since Bitcoin’s inception. Although, Bitcoin remains the most valuable in terms of market capitalization.

BTC works well for a new user without knowing anything about the technical aspects. Your first Bitcoin address can generate after you install a Bitcoin wallet on your computer or mobile phone. You can establish more as needed. You can give your pals your addresses so they can pay you, or you can pay them. Indeed, Bitcoin addresses should only be used once, similar to how email works.

In the same way, BTC works on cryptography. Knowing this brings you one step closer to comprehending how Bitcoin works.

What is Bitcoin mining?

You must first obtain Bitcoin before you can utilize it, and there are only a few ways to do it. You can use Bitcoin to pay for goods, services, and presents by buying, trading, mining, or accepting it as payment.

People compete to “mine” BTC by solving challenging arithmetic puzzles with computers.

A government decides when to print and distribute money with paper money.

Mining in BTC employs special software to solve arithmetic problems in exchange for a set amount of bitcoins. This is a clever technique to issue the cash while simultaneously incentivizing more people to mine.

Why Bitcoin is popular?

Let’s move on to using, such as how to obtain and keep it. This emerging digital asset can be used in a variety of ways. Satoshi Nakamoto envisioned Bitcoin as a peer-to-peer electronic cash system that could supplement or possibly replace traditional money.

BTC has experienced significant growth in the years since its debut, generating a new financial services industry. Bitcoin has not only survived but also prospered, in its role as a digital form of payment. Industry participants and members of the crypto community have discovered and devised new uses for Bitcoin that are not related to its initial purpose.

Investing in Bitcoin by purchasing, holding, trading, or lending it for interest is perhaps the most prevalent method to use presently, and you can do all of these things through most of the big crypto exchanges. Furthermore, In early 2010, one BTC was worth a fraction of a penny in the United States. It surpassed a dollar in the first quarter of 2011. Its value surged in late 2017, reaching close to $20,000.

The typical strategy to invest in Bitcoin is to try to profit from price changes by trading it on a cryptocurrency exchange. Bitcoin’s price fluctuates by more than 5%-10% in one day on a regular basis. If you’re adept at speculating, active traders can quickly make a decent profit.

Finally, some businesses allow investors to deposit cryptocurrencies, and receive interest. A service like BlockFi’s Crypto Interest Account takes user deposits and loans them to other customers for a fee. It’s a well-known notion in the financial business.

According to Nakamoto’s whitepaper, the original objective of Bitcoin was to use it for digital payment. Bitcoin is in use to pay for goods and services all across the world. However, unlike traditional money, It still needs recognition, despite the fact that the number of shops and locations accepting digital currency is growing by the day.

Despite the fact that Amazon, the world’s largest retailer, does not accept Bitcoin payments (yet), there are two rather simple workarounds: debit cards and gift cards.

The concept of a virtual currency is still unique, and Bitcoin, in comparison to traditional assets, lacks a long-term track record or history of trustworthiness to back it up. As Bitcoin’s popularity grows, it becomes less unique every day, yet all digital currencies are still under evolution after barely a decade. Investing in Bitcoin Comes With Risks as follows:

BTC is a cryptocurrency that competes with government-issued money and is widely in use for underground market transactions, money laundering, illicit activities, and tax evasion. As a result, governments may seek to regulate, restrict, or prohibit Bitcoin use and sale (and some already have). Others have devised a variety of regulations.

The vast majority of Bitcoin owners and users did not obtain their currencies from mining operations. Instead, people purchase and trade BTC and other digital currencies on one of the many popular online markets known as Bitcoin or cryptocurrency exchanges.

Despite the fact that BTC uses private key cryptography to authenticate owners and record transactions, scammers and fraudsters may try to sell fake Bitcoin.

Another typical form of fraud is BTC price manipulation, which has been documented.

The economic characteristics of Bitcoin

The supply of Bitcoin will grow over time to a total of 21 million coins. BTC is a ‘hard asset’ because of its fixed and known total supply, which is one of several qualities that have contributed to its perceived value as an investment.

Profit motivates a core group of participants, known as miners, to provide the resources to maintain and secure the network. Miners compete to add new blocks to the chain that makes up the ledger through a method known as Proof-of-Work (PoW). The hardware and energy expenditures involved with PoW mining contribute to the network’s security. In this case, the profit motive is important. Furthermore, miners typically sell their obtained bitcoin to offset their large mining-related expenditures. The mining process is regarded as a fair mechanism for widely working bitcoin.

Bitcoin may be a novel approach to online payments, but it still falls short of traditional payment methods like cash and credit cards in some ways. In comparison to its fiat counterpart, the digital money is in acceptance by fewer businesses, merchants, and online stores. Additionally, when making payments with BTC rather than normal currency, there are additional steps.

Despite the fact that Bitcoin lacks a few key features, such as having fewer places to spend it than cash. Its advantages, such as low global transfers and user sovereignty over their money, have been sufficient to increase its acceptability around the world.