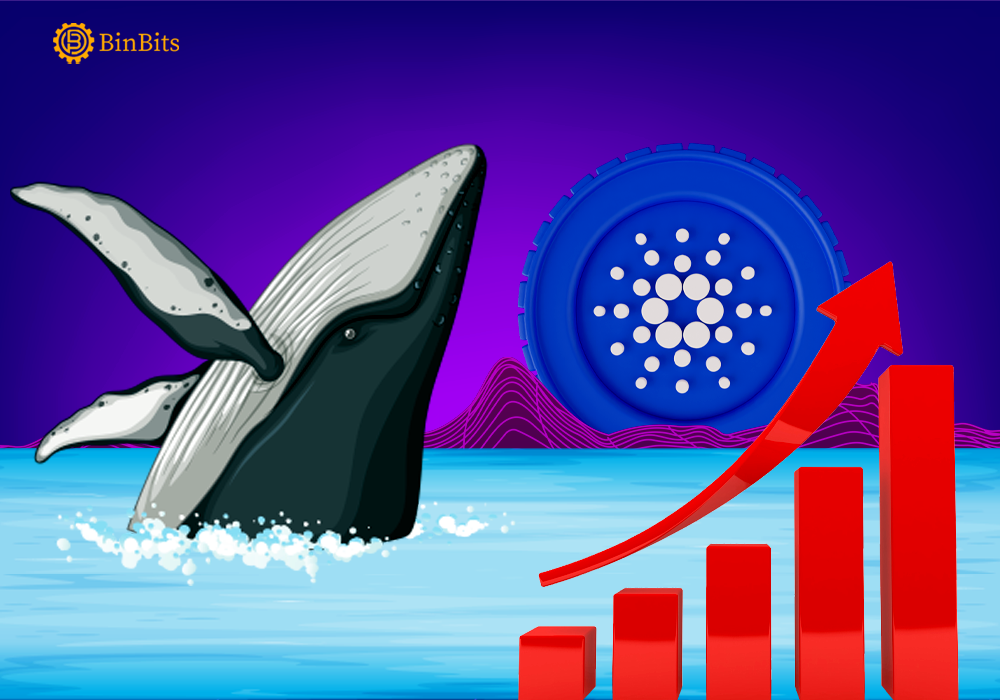 According to what data by blockchain analytics firm IntoTheBlock suggests, whale holdings are currently seeing quite the big leap. Probably as a result of big investors, otherwise known as whales, buying seriously into Cardano’s ADA token. The whales, owning addresses with between 1 million to 10 million coins, saw their balances surge to a cumulative record 12 billion ADA ($9.72 billion). That’s more than a 41% rise since late January.

Meanwhile, there’s in fact, an all-round rapid growth for the programmable blockchain’s decentralized finance (DeFi) protocol. Firstly, the total value locked (TVL) in the Cardano network is up by $50 million in just a week. Thus bringing the TVL to an all-time high of $160.79 million, according to Defi Llama. However, the analytics firm also confirms that more than 70% of the funds are locked in decentralized exchange (DEX) SundaeSwap.

According to a statement by Lucas Outumuro, the head of research at IntoTheBlock, the signs are promising for Cardano even after years of not launching smart contracts. He also added;

“This appears to be translating into an accumulation of ADA from large players.”

Whale Holdings On The Rise

So far in 2022, whale holdings have surged by over 40% already. After a 70% correction, the addresses have been recently accumulating, in fact almost aggressively. Statistics also show the group, including those holding over 100M ADA, recording double-digit growth month over month.

Meanwhile, the recent interest by big investors may be an indicator of great times ahead. But of course, that’s assuming the broader market finds a balance.

Recall that back in September, whale selling eventually turned out to be an advance indicator of a price crash. Outumuro said:

“These [whale] addresses had previously sold a large amount of their holdings right before ADA began to crash.”

On September 2, ADA had peaked above $3, before losing well over 70% since then. And currently ranked ninth-largest cryptocurrency by market value, the coin was trading at $0.8125, a 3.95% drop on a 24-hour chart.