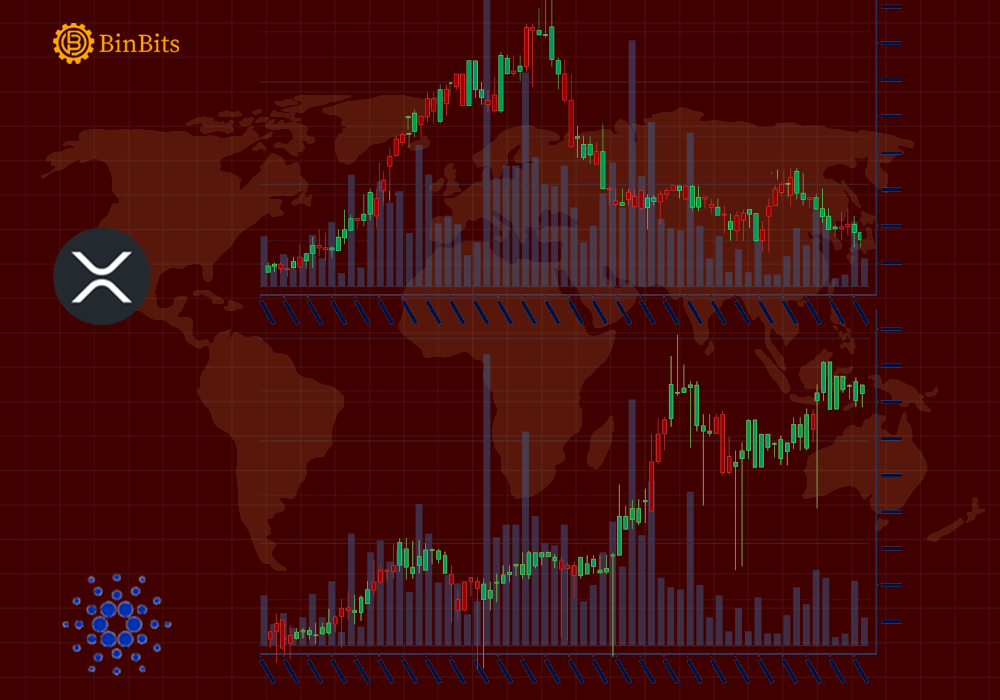 Cardano and XRP both extended losses in the past 24 hours. Bitcoin’s price action remained quite mundane and major altcoins have traded along the same bearish lines. Cardano displayed higher highs in the past few days right after Coinbase resumed withdrawals and fixed a bug.

At the time of writing, ADA was exchanging hands at $1.24 after losing 3% of its value. XRP had also witnessed a relief rally, however, the bears reclaimed the prices as the coin dipped by 2.9% in the past day. The outlook on ADA and XRP’s charts have hinted at a bearish price reversal.

Cardano was priced at $1.24, for the whole of January so far the coin experienced a major resistance at $1.41. Currently, ADA’s immediate resistance stood at the $1.35 price level. The coin underwent a rally securing higher highs since January 10 but the coin met with selling pressure shortly after.

On its four-hour chart, the price of the coin was above the 20-SMA line, which indicated otherwise. This reading meant buying strength hadn’t fizzled out entirely, however, it is still not indicative of an upcoming positive price movement.

The Relative Strength Index had shot up following the recent revival, however, at press time the indicator was below the half-line. On Balance Volume too was in consonance and showed depleted buying strength.

The Average Directional Index displayed strength which meant that the current trend was strengthening in the market. The immediate support level of the coin was at $1.20, following to trade above which the other price level awaited at $1.11.

XRP was on downturn again, right after the coin ascended after recording a multi-month low of January 10. The coin has seen resistance at the 38.2% Fibonacci level as the coin struggled to move past the $0.81 mark.

At the time of writing, it was trading for $0.77 and with some regained strength the coin could move over the $0.81 resistance mark. XRP was seen above the 20-SMA as the indicator was slow to reflect the bearish change in the market.

The Relative Strength Index was southbound and would soon display a dearth of buyers in the market. The indicator had held itself above the zero-line ever since the rally of January 10. Squeeze Momentum Indicator displayed a squeeze release, which signals chances of increased volatility in the market.

Local support line for the coin was at $0.72 at press time.