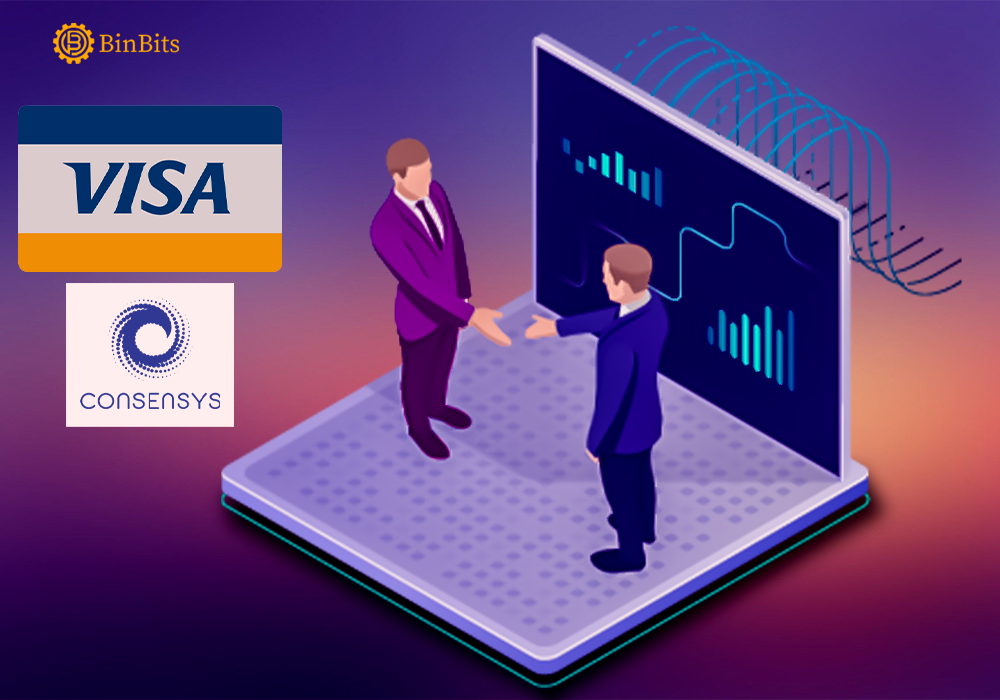 One of the most significant payments handling platforms, Visa, is partnering with consenSys to innovate the CBDC segment.

For those unaware, CBDC stands for central bank digital currency. Which is a kind of a country’s stable coin or fiat money. Visa aims to make financial institutions come on board with the emerging tech by making it easy and safe for them.

They are not the only ones doing this. But Mastercard already tested the CBDC space before them, one of their primary rivals. To make a move, they’ve chosen to go with ConsenSys, which deals in etherium and blockchain development. Additionally, before venturing into the space, they’ve held discussions with 30 central banks, which brings this to a great start.

Views and Comments On Visa and ConsenSys Collaboration For CBDC

Catherine Gu, Visa’s Head of CBDC, seems excited to discuss the same and made numerous statements about the same. According to her, the ease of access it brings would allow the governments to remove their hesitation from using the platform.

Moreover, it’ll help make better policies and make the system more efficient. With this, the money and other resources can be transferred directly to the needy, which is a viable option for cutting the middleman, especially in India. And she doesn’t forget to mention that it’s just one use case out of many possibilities that could arise.

To quote her exactly, that’s what Catherine has to say “If successful, CBDC could expand access to financial services and make government disbursements more efficient, targeted and secure – that’s an attractive proposition for policymakers”.

Nigeria and the Bahamas have already adopted the technology and circulated their CBDC. At the same time, China is in the planning of doing so.