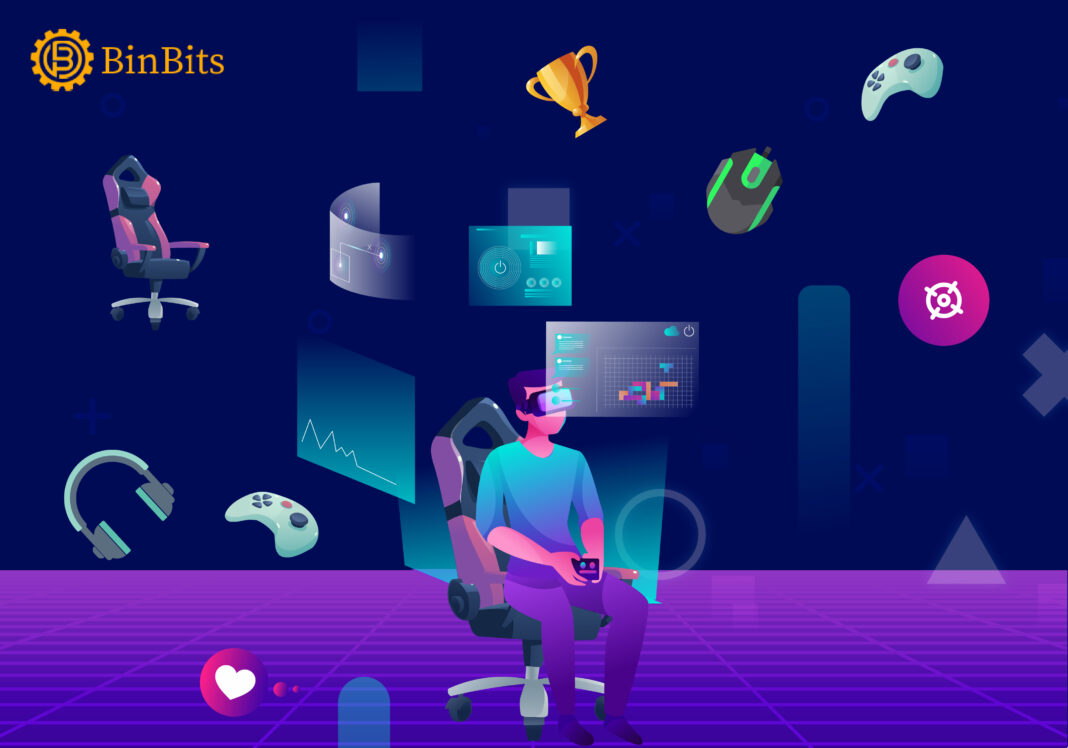 You may be thinking, whether this is a hype post. The answer is NO. Last year a lot of NFT game enthusiasts have made themselves millionaires just by playing or associating with NFT games. And we are just at the beginning of a massive tectonic shift in the digital world.

This is like the 1996 of Web 1.0. There is more to unveil this year. A lot of gaming companies will be launching their games where people can play to earn.

Find the game or ecosystem that you can most identify with and start your research. This guide can give you quite a head start. So buckle up your seat belts.

What are NFT games?

Before moving on, for those of you, who don’t know, NFTs are digital assets that can be bought and sold using this blockchain technology. But they are not ‘Fungible’. Fungible in the sense that if you have a 5 dollar bill you can exchange it with another 5 dollar bill.

“Something that is fungible means it’s identical to anothe item and can be swapped or exchanged for that item without either participant in the swap losing any value. If I give you a dollar and give me a different dollar, we both still have 1 dollar of spending power”.

For instance, Cryptocurrencies, which still use a blockchain, are fungible.

On the other hand, non-fungible items cannot necessarily be easily exchanged for something of equal value. For example, Art and collectibles are non-fungible. This is because of their unique properties. Because only one original or a limited number of pieces exist. They have distinctive properties that cannot be easily duped or exchanged for something similar to them.

Like last year in December, the digital art NFT art Paks ‘The Merge’, exchanged for a whopping $ 91.8 million.

But what are NFT games?!

The NFT games with which you can exchange your time to earn playing games are Play-to-earn NFT games.

There are two ways you can earn while playing NFT games. As you keep on accomplishing missions, you will get rewards in the form of tokens or occasionally with NFTs. Thus the longer you play the larger the amount you may earn.

For both of these sources, tokens can be earned steadily through play, while NFT drops are more chance-based. Thus the token method is usually the more stable of the two.

Now let’s talk in some detail about how you can earn while playing NFT games.

Ways to earn in NFT games and be a millionaire

Play to win and earn tokens

There are games where if you win any game you get tokens that are exchangeable later in the form of real dollars.

For instance, in Axie Infinity players who own Axis can breed them with Smooth Love Portion (SLP), create a team, and battle monsters and other players.

Winners get rewarded with the game currency — SLP, which is a token that can be taken out of the game and traded for real money.

Both SLP and AXS are highly valued tokens listed across major exchanges and can be bought separately. Since 2020 both of these tokens have shown staggering growth. AXS has grown by 400% since November 2020. Whereas on May last year SLP rallied 940% from $0.035 on April 24 to more than $0.364 on May 2.

Following this growth, 22-year-old John Aaron Ramos from Philipines, who plays under the pseudonym “Magnus TV,” took to social media to announce that he had purchased two houses in the Philippines from profits earned playing Axie Infinity.

According to Ramos, his recent fortune can be attributed to the surging price of Axie’s in-game token Smooth Love Potion (SLP).

“I believed in Axie’s Ability to lift us, I held an SLP, paid attention to the trend of Axie Community, and did some research. I played with the price of SLP to have enough funds to buy two houses and one team”.

Axie Infinity became popular in the Philipines by the end of 2020.

Similarly in LOCGame, which is a card game, the player with the highest card wins, gets rewarded with LOCG tokens.

Rather than earning a fungible ERC-20 token like SLP in Axie Infinity, you can earn rare NFTs that represent collectible items. This gameplay mechanism is the traditional way of generating high income with NFT games.

Players can start trading by selling their in-game assets using auction houses, online markets, or exchange platforms. It may be some weapons used in games, characters, character skins, or other sorts of things. Further, these characters or items can be used in the game to earn finite blockchain tokens, with fewer common avatars likely to reap bigger rewards.

Players have the option to sell all their in-game items as NFT on the Axie marketplace which includes in-game land, characters, Axies, etc.

For LOCGame, players may sell unique cards as NFTs in the LOCG marketplace, staking LOCG coins in the staking pool.

Furthermore, players may ‘stake’ their earned tokens, where their holdings can be used to validate other transactions occurring on the blockchain system. Players then can earn interest in the form of freshly minted tokens.

The in-game NFT marketplace is soaring right now. To give you an idea $850 million in cryptocurrency appears to have been exchanged on the ‘Axie Infinity’ marketplace in just three days in October last year.

Adding to that, ‘Illuvium’ tokens are normally traded at the equivalent of AU$1,260 a pop.

The play-to-earn NFT gaming system also enables digital sharecropping. It means that players who can afford the high up-front cost of NFT characters rent them to others in exchange for some of their in-game earnings.

This may be the most popular way to make a lot of money in the NFT marketplace. But what is FLIPPING? Flipping is just a loose term for buying items at low prices and selling quickly for a profit. It is an old practice that existed forever — from the days of flipping trading cards, toys, and comics for profit or flipping real estate and we’re now seeing an enormous wave in the NFT space.

But to make some considerable profit you might want to flip only valuable stuff. The marketplace is rapidly attracting all sorts of investors. Other than holding cryptos like Bitcoin or creating and collecting tokenized art for the long term, you might want to get on high-volume NFT projects for quicker returns. Although risky, flipping NFTs is a faster way to boost your bank balance.

But how to spot the Hot NFT projects?

Before digging deep you need to find your niche and do quality research. Common niches include characters, character skins, weapons, or other in-game items.

Like any financial market, making profits requires analyzing metrics to make the best possible decision. Generally, people look for assets that are currently undervalued but expect to increase in value in the future.

There are three key metrics to determine how well an NFT project will do. These are:

Scarcity: Whether it’s NFT or any other valuable item scarcity always drives the demand up. NFT projects with limited quantities are likely to give you more profits.

Floor Price: Meaning the least price you can get an item for. NFT items with low floor prices and minimal supply can give you a healthy return.

Volume: Expert NFT sellers look for platforms with high trading volumes to pitch their investments. This way you may find multiple collectors to buy your items.

Where to look to spot in-game NFT in-games projects and earn?

In the NFT platforms:

From time to time experienced players look to drop their in-game NFT assets to sell them to beginners. Also, some traders wait for those NFT drops so that they can flip those NFTs. You can find them easily on the gaming platforms like Axie Infinity in the Axie marketplace.

Other than gaming platforms you may look for Top Artists” and “Exclusive Drops” sections on AirNFTs. Further, the Rankings and Activity pages on OpenSea also provide some insight into potentially great projects. You may also look for potentially valuable NFTs in SuperRare, Nifty Gateway, VIV3, BakerySwap, and other platforms.

Another useful way to look for NFTs is on social media platforms. Artists and known NFT influencers often announce new projects on their social media pages— Twitter, Reddit, Telegram, Discord, and Instagram. Spending some time to visits on their pages is a good idea. Adding to that, NFT platforms have social media accounts where they often promote their users’ projects.

Can NFT gaming make you wealthy?

So we are at the end of our journey. But the question is whether you can be a millionaire in NFT games – Yes obviously, you can. But this is not some ‘Overnight Rich’ scheme. You have to do your thorough research. You need to be involved with the ecosystem and interact with the community members. Because NFTs which are based on Blockchain Technology are all about building strong communities.

Get in Twitter Spaces, Reddit, and Discord to learn about various developments in the field of NFTs. Decide how you can implement your time in this gaming ecosystem – being a gamer, or just a trader earning by flipping NFTs. But don’t be overwhelmed with all the hype around, quoting once again ‘ DO YOUR RESEARCH’.