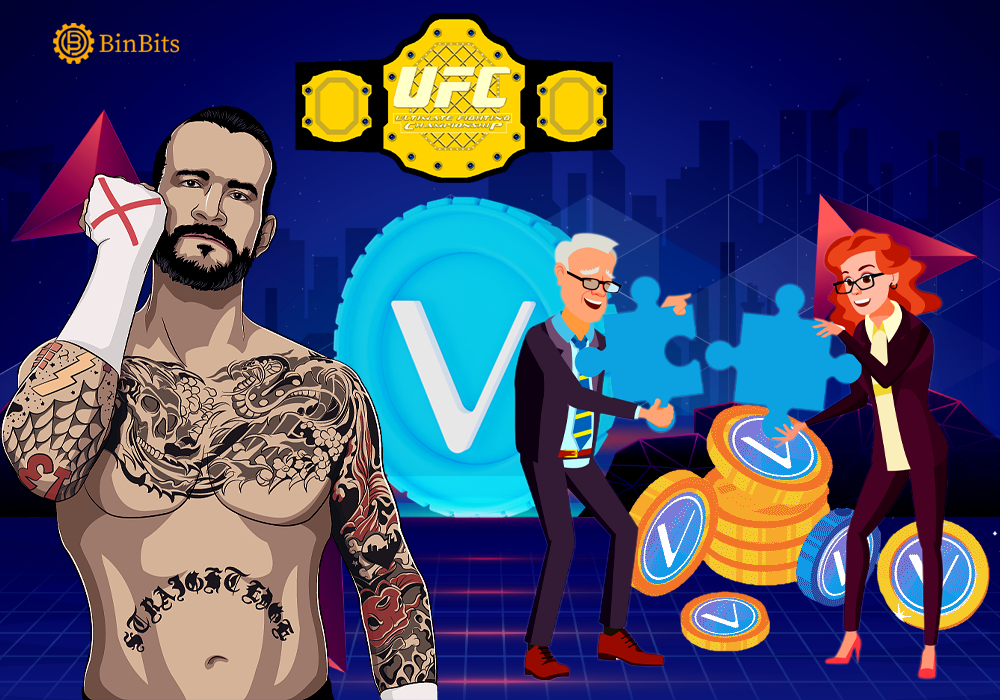 Popular blockchain solution provider, VeChain has collaborated with UFC to enhance the adoption of blockchain. According to an announcement by UFC, VeChain aims to tap into the international community of UFC fans. This will help fast-track the adoption and popularity of blockchain.

As revealed, VeChain hopes to utilize the vast number of young entrepreneurs that makes up the UFC community. Consequently, helping these entrepreneurs to use the embedded opportunities of blockchain to advance their business. Also, VeChain sees the collaboration as a platform that will help it grow alongside UFC. The firm admitted that growing alongside one of the most popular sports in the globe is an opportunity.

How Vechain Is Pushing For The Global Adoption Of Blockchain

Furthermore, the co-founder of VeChain, Sunny Lu, revealed the rationale behind the partnership. Sunny Lu emphasized how the similarities between the UFC and the VeChain community became a deciding factor. The co-founder disclosed that the two communities mainly consist of youths and young minds. Therefore, the youthful population will play a crucial role in the advancement of VeChain as a brand and the adoption of blockchain.

In his words, Lu described the distinctive characteristics of VeChain as a brand that provides blockchain solutions. He described VeChain as a versatile, influential, smart contract outlet with exceptional components. According to him, the platform is designed to solve problems battling the global adoption of blockchain technology.

Additionally, the co-founder described how his firm has help across numerous sectors, namely, logistics, health, energy, DeFi, and carbon management, among others. Likewise, he explained how it could be utilize across other sectors like automobiles, private and public sectors.

However, Lu divulged how the firm is working towards its business advancement. He announced that VeChain had opened a new headquarters in San Marino, a business center in Milan, and a new technology hub in Ireland.

Further, Lu illuminated how the firm is keen on advancing into the European market. He added that VeChain is working on providing new solutions, employing developers, and acquiring startups. Subsequently, he disclosed that the firm could effectively serve the European market with blockchain technology.

Base in Nevada, the Ultimate Fighting Championship is an American Mixed Martial Arts promotion firm. UFC is an initiative of business mogul Art Davie and Popular Martial Artist Rorion Gracie. The firm held its inaugural show in McNichols Sports Arena, Denver, Colorado, in 1993.

At first, the main idea of the UFC evolves around the scope of identifying the best martial art via a contest. Then, there was an absence of a weight category that distinguishes fighters. Later, the sport witnessed numerous changes, which included weight categories, techniques, styles, and rules. The sport is regarded as one of the fastest-growing events in the entertainment industry.