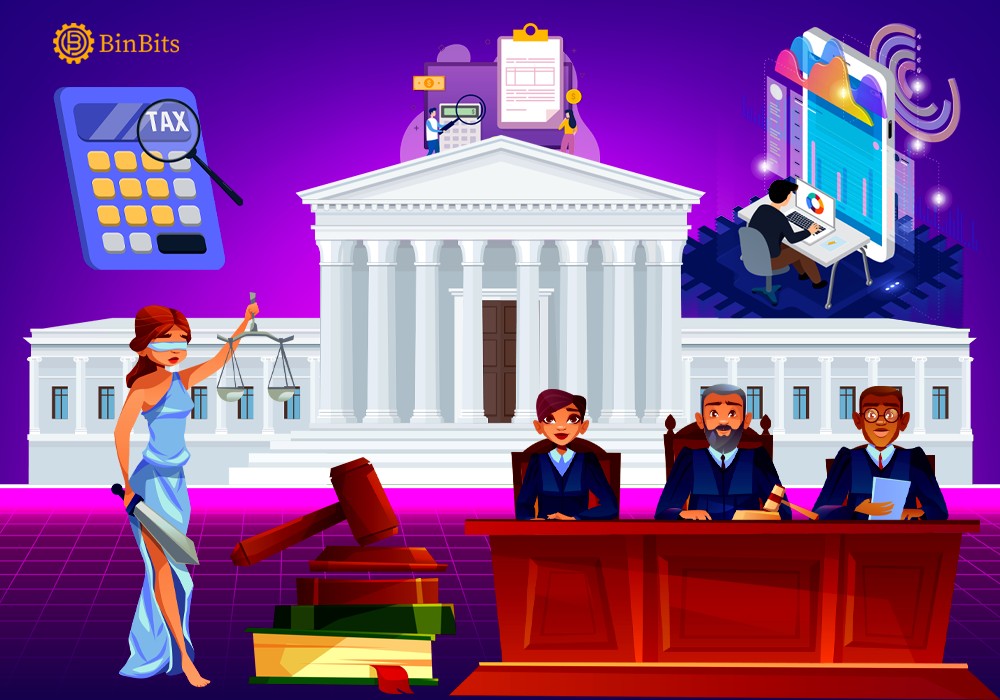 US Treasury Department Dragged To Court Over Tax Reporting Rule

On Friday, Crypto research and advocacy Coin Center sued the U.S. Treasury Department and Internal Revenue Service. The suit follows after a crypto tax reporting requirement was included in a 2021 infrastructure bill. But while the requirement is not expected to come into effect until 2024, Coin Center has claimed it is “unconstitutional.”

According to the tax reporting requirement, U.S. taxpayers must send the social security number and personal details of anyone who sends them anything above $10,000 in cryptocurrency. This is in line with the Treasury’s efforts at financial surveillance.

However, Coin Center is going all out to challenge the provisions of the bill. The crypto think tank claims that such a move is a clear overreach from the government. Additionally, the firm claims that the bill is also against basic human rights to have citizens spy on each other. They wrote in part:

“Are you a nonprofit who receives anonymous donations for your humanitarian work? No longer. You may have to give the government a list of your donors. This is an affront to our civil liberties that must be challenged the only way they can at this point: in court.”

Meanwhile, Coin Center has named two defendants in the suit. And that includes the Secretary of the Treasury Department Janet Yellen and IRS head Charles Rettig.

Maybe it’s true what they say after all that the government never met an industry it didn’t want to regulate.

Unfortunately, however, many regulators tend to overstep legal and ethical boundaries when trying to discharge their duties. And just as expected, these overzealous and overreaching actions end up costing businesses as well as consumers. So in this case, crypto and crypto holders or traders might be on the wrong side of all this.

In any case, Coin Center has promised to see this to the wire, even if it means going to the Supreme Court.