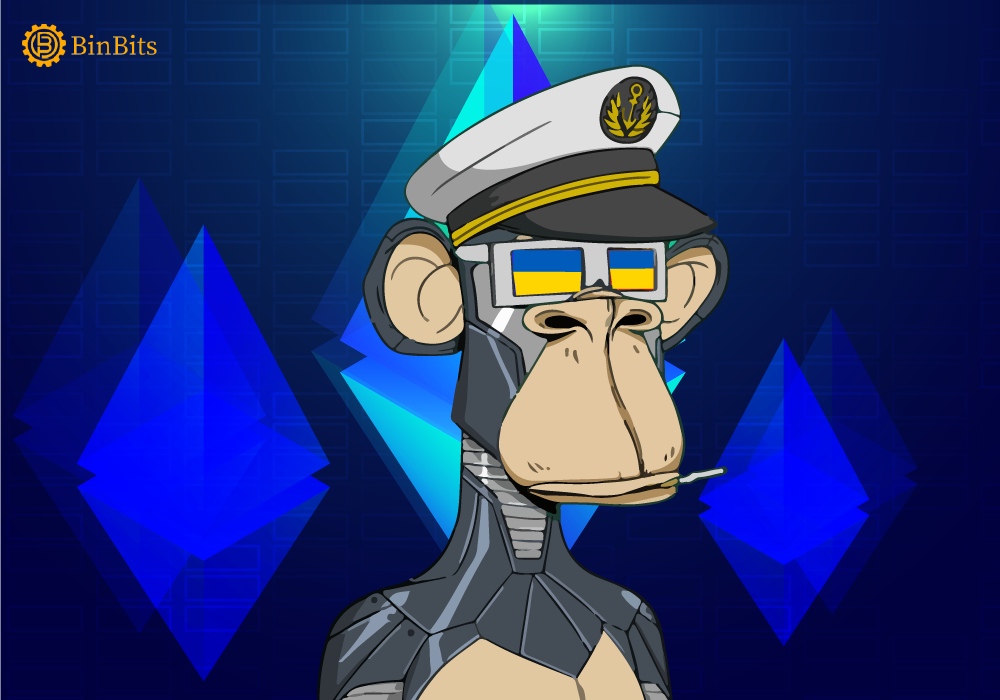 Ukraine Relief Gets $1 Million Worth of Ethereum Donation From BAYC

Popular NFT collection The Bored Ape Yacht Club (BAYC) announced on Tuesday that it has donated $1 million to bolster the Ukraine relief. The announcement, which was made via BAYC’s official Twitter handle, also attached an Etherscan transaction link showing that 388.999 ETH (a little above $1 million) was sent to Ukraine’s Ethereum wallet address.

According to claims by the NFT collection, the donation was inspired by the generous contributions of its community members.

But it might also be worthy to note that the BAYC’s good gesture to Ukraine follows a similar trend by a long list of other Web3 communities. From DAOs, to memecoin holders, to NFT collections, many have come up with initiatives and announced projects to help Ukraine through its difficult times.

In fact, there have also been numerous contributions from private individuals as well, all towards Ukraine relief.

As data collated by Merkle Science would suggest, to date, Ukraine has received no less than $88 million in cryptocurrency donations alone. And the government also has about $7 million worth of Ethereum in its wallet at the moment.

Nonfungible tokens NFTs are unique tokens that exist on a blockchain such as Ethereum and the likes. They can signify the ownership of a digit art or asset.

On its way to popularity, BAYC became one of the first NFT collections to reach a floor price (that is, minimum price per NFT) of over 50 ETH.

Since then however, the BAYC has gone on to become a household name in the NFT space, attracting top celebrities like Eminem, Jimmy Fallon, Stephanie Curry and many others to tap or “ape” into the collection.

Presently, the BAYC is the second-largest NFT collection of all time. According to marketplace OpenSea’s rankings, the collection has registered more than 417,000 ETH ($1 billion) in secondary sales.