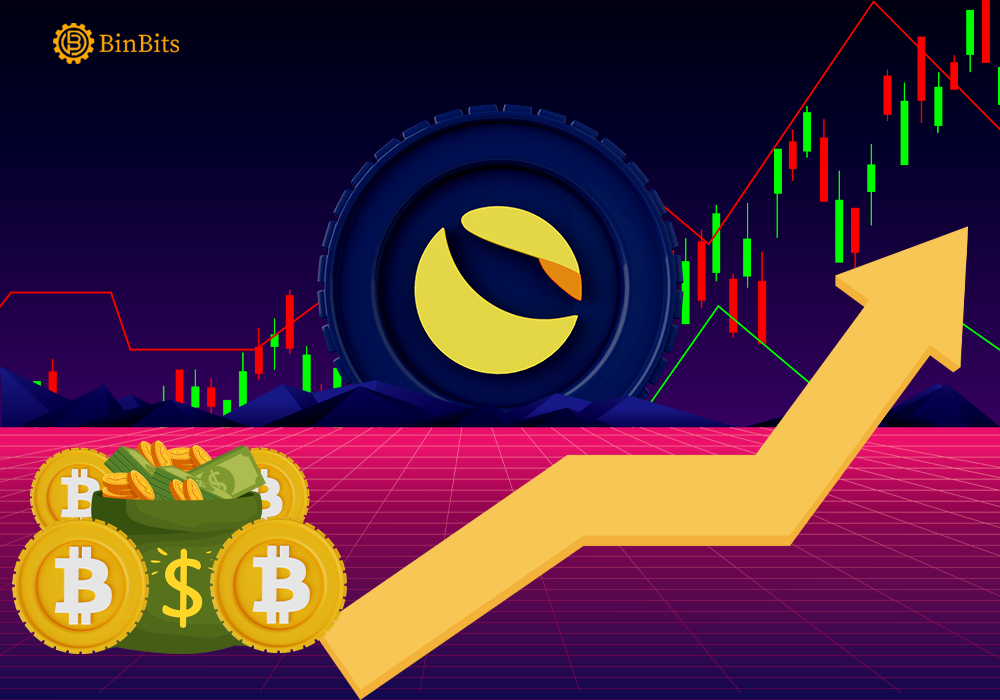 LUNA — the native token of smart contract blockchain Terra has seen some good fortunes in the last 24 hrs. According to CoinMarketCap data, the coin is the best performing major cryptocurrency within the last 24 hours.

LUNA Surges By 15% But Is Rise Perhaps Linked To LFG Announcement?

Luna has risen by up to 15%, surpassing the $55 Mark and outperforming even the crypto market leader Bitcoin (BTC). However, there might be more than meets the eye with the shining performance of the crypto.

The major news is that the Singapore-based non-profit organization Luna Foundation Guard’s (LFG) has recently decided to create a bitcoin-based reserve. And by this, creating an extra security layer for Terra’s decentralized stablecoin UST. Recall that the value of UST is pegged 1:1 against the U.S. dollar.

According to a Tuesday announcement by LFG, the company has successfully raised $1 billion via private token sales. And although it plans to use the funds to build its bitcoin reserve, the buyers will be locking up the coins for a vesting period of 4 years.

As the co-founder and COO of stack Funds Matthew Dibb says:

“Raising a BTC reserve is a smart move and may result in lesser fluctuations of UST during future bouts of market volatility.”

Meanwhile, just like LUNA, there are other notable performers on the list of coins which boasts of at least $1 billion market value. They include the token of blockchain-like public network Hedera’s HBAR, up 14.5%, and Avalanche’s AVAX cryptocurreny, also up 12%.

According to a tweet by pseudonymous DeFi researcher Westie, the deal will play a major role in establishing Terra’s stability and LUNA’s value capture.

Furthermore, the increased stability will also bring about an increased demand for UST, which will result in reduced LUNA supply. Invariably, this means tha LUNA’s fortunes are closely knitted with UST. This is because the creation of the stablecoin is facilitated only by burning LUNA. That is, in order to mint 1 UST, $1 worth of LUNA must be removed from circulation.

According to the data capturing website CoinMarketCap, UST’s market capitalization has surged from around $300 million to more than $12 billion in just a single year. This figure ensures that the dollar-pegged digital asset remains the fourth-biggest stablecoin globally.

Meanwhile, LUNA itself has seen a near six-times rally within the past 12 months.

Stablecoin USDT is an official currency in Myanmar”, announced the shadow government