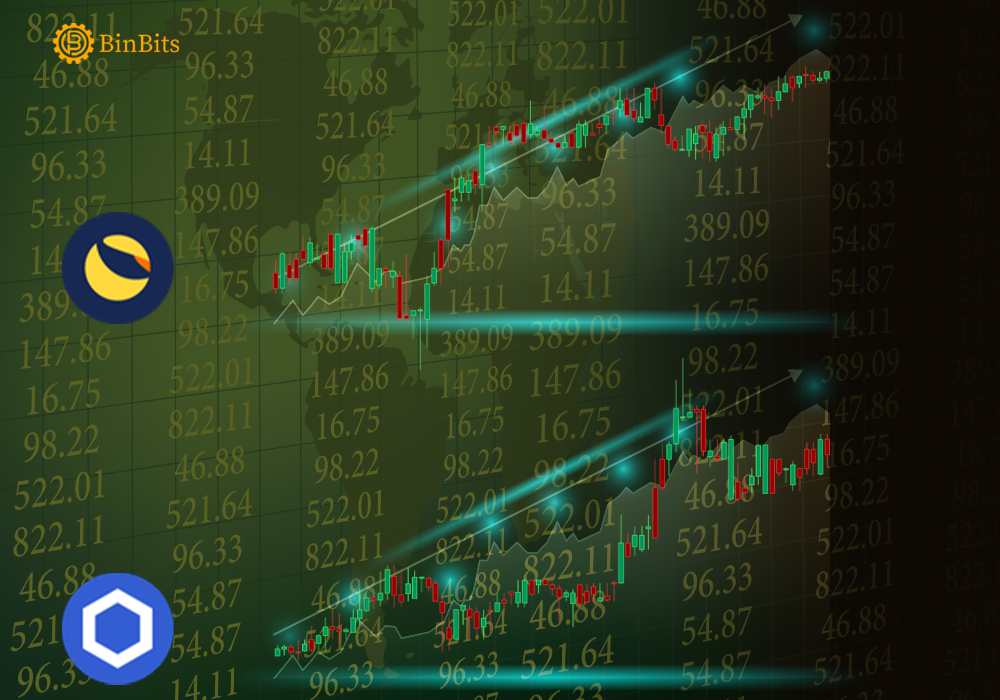 Chainlink and Terra have been listed among the top De-Fi coins on CoinGecko. Both the coins had registered northbound movements just 48 hours back. Link at press time plummeted by 30% while Terra depreciated 28% in the last 24 hours. Despite constant volatility in the crypto market, Link and Terra had remained optimistic in the past few days until the past 72 hours.

The crypto market currently reels under a mammoth amount of regulatory concerns. US Fed has presented speculative tightening of monetary policies by hiking interest rates. Soon after, the stock market plummeted. The Crypto market also followed suit. Bitcoin currently trades slightly above the $35k mark. The global crypto market capitalisation was at $1.69 Trillion after a 13.5% decrease in the last 24 hours. This marked a three month low.

Chainlink was priced at $15.53 at the time of writing. The coin was trading within a descending trendline and had formed an inverted cup and handle pattern. An inverted cup and handle imply a bearish continuation of price action which actually points towards a sell signal. immediate resistance for the coin stood at $17.40 while the local support level was around $14.

Breaking over the aforementioned price ceiling would push the coin to trade near $23.13. Chainlink was seen below the 20-SMA. This meant that selling pressure had completely taken over the market.

The Relative Strength Index was also below the 25-mark indicating that buying pressure had disappeared and the asset was completed oversold and undervalued. The Directional Movement Index was negative as -DI was above the +DI line, signalling an intense sell-off in the market.

Terra was exchanging hands at $60.69 after losing a 28% gain in the last 24 hours. The nearest resistance level was at $68.44. Local support for LUNA was at $54.41. The coin was seen beneath the 20-SMA line which indicated that prices were dictated by sellers in the market. Other additional price resistance levels stood at $87.57. Another support level awaited at $36.55.

The Directional Movement Index was negative as the -DI line crossed over the +DI line. The DMI indicated selling strength increase in the market. The Relative Strength Index was seen below the 25-mark. It meant that selling pressure had moved upwards in the last 24 hours.

The Chaikin Money Flow was below the half-line that indicated decreased capital inflows as opposed to capital outflows.