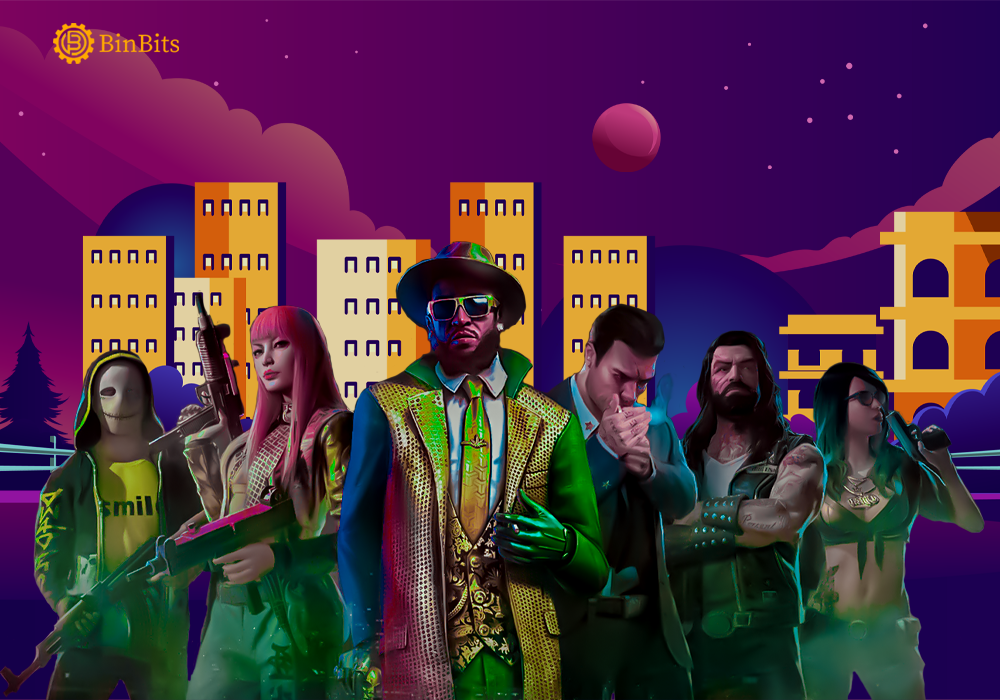 Syn city, the mafia metaverse started its Initial Game Offering on the 9th of December, last year. The in-game token $SYN will be launched in the platform Copper on the 21st of January, this year. You may want to keep an eye on this one. But before moving on let us know about some of the pros and cons as Syn City Metaverse review.

Syn city has a community of 497k members and growing over all the social platforms like Twitter, Discord, Telegram.

2. Founded by some of the big names

The big names include the co-founders Roy Liu and Mihai Pohontu. Roy was the head of business and marketing for TRON for the last 4 years. He was a part of several award-winning game titles.

Mihai is the former VP at Samsung Electronics, America. Adding to that, he was the founder and General Manager of EA Romania, one of the largest game studios in Eastern Europe.

3. Backed by some popular figures in the industry

One of the big advantages BSC has over Ethereum is that gas price on BSC is only 10%-20% of that on Ethereum on average. Thus it has high scalability.

The gameplay is expected to be like the popular game Grand Theft Auto.

It will support cross-chain mafia wars. It means you can contest or play along with someone in Ethereum Blockchain, Solana Blockchain, and Binance Smart Chain. According to the makers, they are exploring browser version possibility.

You can participate in Daily Events, PvE tasks, PvP tasks, Recurring Events, etc, and earn rewards. Or you may reallocate the hard-earned assets into the metaverse ecosystem as a capitalist. Users hold hodl and stake the assets for the additional yield, in-game boosts, and privileges. Or, you can stake $SYN token to participate in the metaverse governance committee. So whatever you do, it’s your choice.

The game will be like GTA and it has a lot of potentials. But the in-game graphics still appear to be below expectation.

$SYN is the governance token for the Syn city metaverse. The total supply will be 10000000000 tokens. Out of this, 25.5 % is reserved entirely for the team. That’s huge unless the developers use it for team development purposes. But according to the announcement DAO will already be taking care for the team development.

Also, some community members are not finding any sense in the low percentage of token dumping during the Token generation event and then quite a lot of dump during the first month of release.

The admins don’t communicate anything regarding the blueprint project NFTs. Also in the discord channel, there is no communication from the makers. There is a lot of confusion in road maps as there are no clear dates. Already there are concerns among the community members regarding the holding of NFTs.

4. Multiple hacks of the Discord paltform

The Syn city Discord platform is hacked at least 10 times during the first week of January 2022. So there are some rising concerns among the community members regarding security.