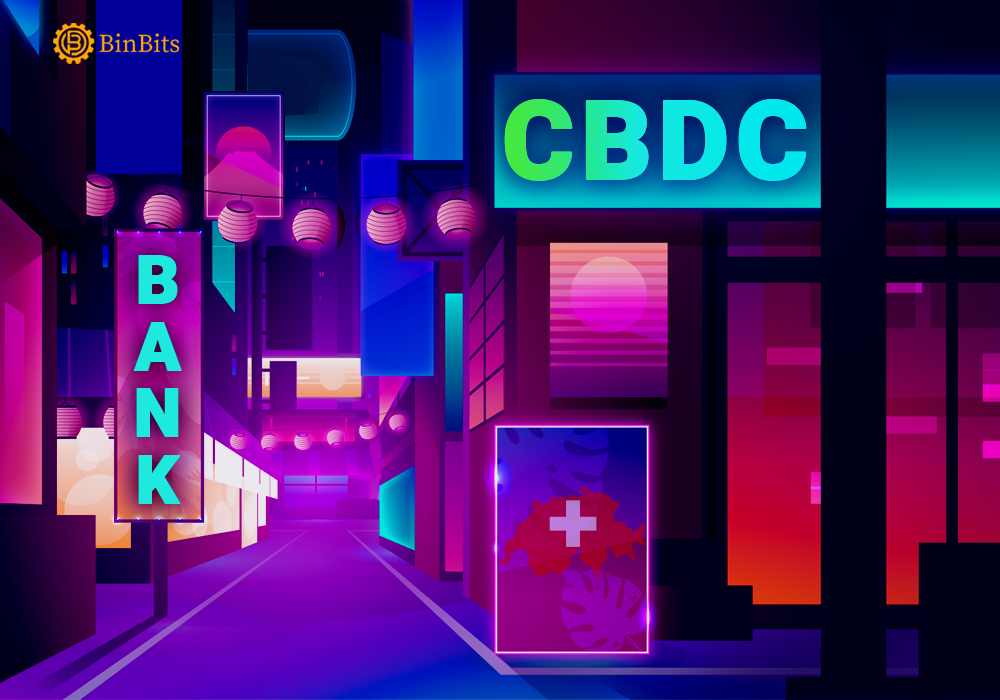 Attempting to establish a wholesale Central Bank Digital Currency, Swiss National Bank has partnered with financial bigwigs to test-run. The central bank partnered with BIS and SIX exchange to test the launching of a wholesale CBDC initiative, “Project Helvetia”.

Furthermore, Andrea Maechler a  member of SNB’s governing board has described the initiative as a tool of understanding for the Swiss Central Bank. He emphasized that SNB will further comprehend how the security of central bank money could be overlapped with the digital currency market.

Lastly, Maechler described the initiative as a needed move for the SND to be ahead of innovations in other to achieve its mandate.

Recalling that the project was first to test-run last December after the SNB declared that CBDC is possible to launch under the National constitution. Furthermore, the subsequent stage of the project investigated the record of local inter-bank exchanges. It also ventured into the SNB’s monetary policy exchanges with local commercial banks. Other issues like overseas exchange involving the SNB and Citigroup(London) were looked into.

The test-run included the incorporation of “SIX DIGITAL EXCHANGE” and the present non-virtual gross settlement system (Six Bank-Bank clearing). With the approval of the SNB, The SIX bank-bank Clearing has been operating since 1987.

The Wholesale Central Bank Digital Currency is an initiative that integrates the financial market system and streamlining exchanges. WCBDC champions the aim of establishing a swift-exchange platform for the exchange of digital currencies. The Swiss bank is hoping to build the system in a distinguished pattern of removing “Credit Risk” during transactions.

However, The Swiss National Bank (SNB) announced its intention to launch the initiative last November. Thomas Moser,  Another member of SNB’s governing body heaped praises on SBN for building the initiative. He revealed that the use of Switzerland’s Six Digital Exchange (SDX) will strengthen the initiative.

Lastly, Moser explained that the country hasn’t been vocal about laughing at the CBDC on a retail term. He emphasized that it remains a policy decision problem for the SNB to adopt a wholesale approach to the CBDC.