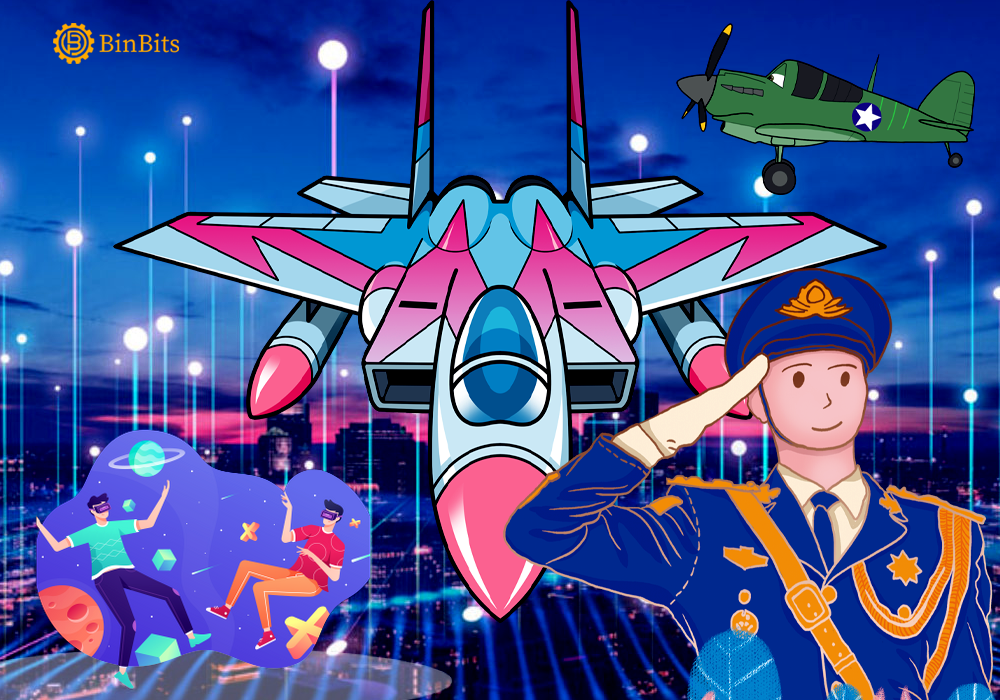 A licensed trademark attorney, identified as Mike Kondoudis recently revealed that the United States Air Force instituted a Spaceverse application. According to him, the application of such a trademark remains geared toward serving as a digital training space. Mike Kondoudis in an April 19 tweet revealed that the spaceverse entails the space physical, terrestrial and virtual experiences. More so, the trademark guru insists such development tends to offer robust training experiences, testing, and environmental operations.

Information revealed that the application for the Spaceverse manifested on April 14 with the United States Patent and Trademark Office. As of now, there is no detailed information as regards the recently applied trademark. However, according to a description by the USPTO, the spaceverse intends to emerge as a secured virtual metaverse. The trademark remains likely to entail digital testing and training platform features made for USAF pilots. Accordingly, such features will be a closed mechanism.

Now, there is still uncertainty as regards the possible connection of the Spaceverse to the United States Space Force (USSF). Accordingly, the USSF emerges as a space service session of the United States Armed Forces. Founded in 2019, the USSF military service manifested to train, organize and furnish space forces.

Over the past few months, the amount of Metaverse and nonfungible oriented token trademark applications increased astronomically. According to a 2021 report by USPTO, the office acquired about 1,263 applications for NFT trademarks, a development which edged beyond the 2020 figure by 421. Furthermore, the trademark expert revealed that the Chicago Board Options Exchange (CBOE) on the same day, instituted a trademark filing for CBOE DIGITAL.

According to the filing, the renowned exchange intends to initiate trademark operations. Such operations manifest particularly for virtual assets, marketplaces as well as crypto exchanges.

In lieu of this development, the USAF emerges amidst the list of firms applying for trademarks for Metaverse-oriented projects. Just recently, Anheuser Busch also applied for a new trademark for a Budverse. The firm intends to secure NFT-backed media, Metaverse, and marketplace experiences for NFT-backed assets. This, however, includes the firm’s varieties of beverages, like Michelob, Budweiser, and Stella Artois.

More so, KFC, Pizza Hut, Taco Bell, Wendy, and McDonald’s already initiated efforts to apply their respective brands into the metaverse in 2022.