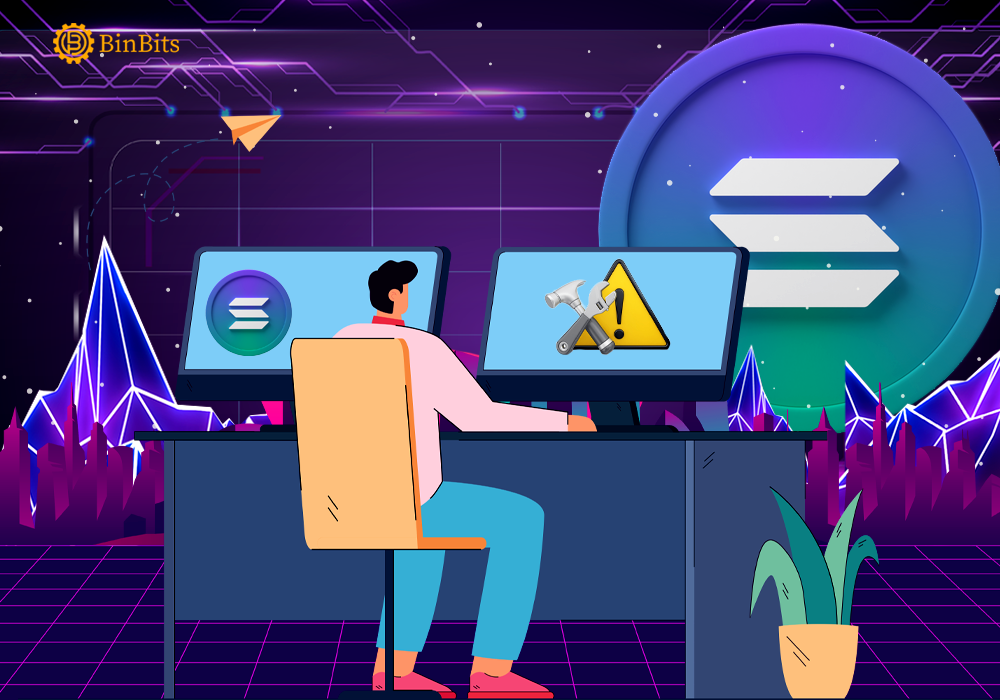 According to reports, the Solana (SOL) venture recently endured another outage on its network owing to the overwhelming amounts of transactions from NFT minting bots. As reported, the outage lasted for seven hours between the periods of April 30 and May 1. The system breakdown became obtainable as a consequence of the congestion of a whopping 4 million transactions, equivalent to about 100 gigabits of data per second on the network.

What led to the network downtime?

Following such congestion, the validators on the SOL network became overtly kicked out of consensus. This thus inevitably led to the complete breakdown of the SOL system at about 8 PM UTC on April 30. However, on May 1, after about seven hours of outage, the validators grossly restored the main network successfully.

Accordingly, the team working on the validator was able to successfully initiate a complete restart of the Mainnet Beta network at about 3:00 AM UTC. The restoration, however, manifested after about 7 hours that the network became unable to attain a consensus. Now, operators of the network on dApps look set to rejig all client services in the next possible hours.

As reported, the minting bots reserved Candy Machine, a renowned software usually employed by Solana NFT programs to launch collections. Metaplex in a tweet revealed that the traffic arising from bots on their project remains blameworthy for the network crash. Furthermore, Metaplex announces its plan to execute a 0.01 SOL or $0.89 charge on every wallet aiming to complete an invalid transaction. According to the firm, bots that attempt to mint usually carry out such transactions.

In addition, the system breakdown had a dire implication on the market value of SOL. As reported, the native currency of the blockchain declined by about 7% to $84. However, the restoration of the network already helped the value recover to over $89.

According to the Solana (SOL) status reporting, the recent breakdown makes it the 7th consecutive one recorded on its network. Recall that the SOL network endured similar breakdown between January 6 and January 12 this year. The breakdown, as reported lasted between 8 and 18 hours. However, SOL explained that huge compute operations fermented a decline in the capacity of the network to process thousands of transactions per second. Accordingly, such remains a bit smaller than the advertised 50,000 TPS.

Also, SOL encountered about 29 hours of outage between the 21st and 22nd of January. As reported, the downtime ensued following exorbitant repeated transactions on the network. This, accordingly fermented congestion and a breakdown on the blockchain. In addition, SOL witnessed a huge outage in September 2021. This particular outage forced the network to about 17 hours shutdown.

The blockchain, however, claimed that the distributed denial-of-service (DDOS) attack on an initial DEX offering fermented the outage. It revealed that such development coupled with bots, spamming the network with about 400,000 transactions per second led to downtime.