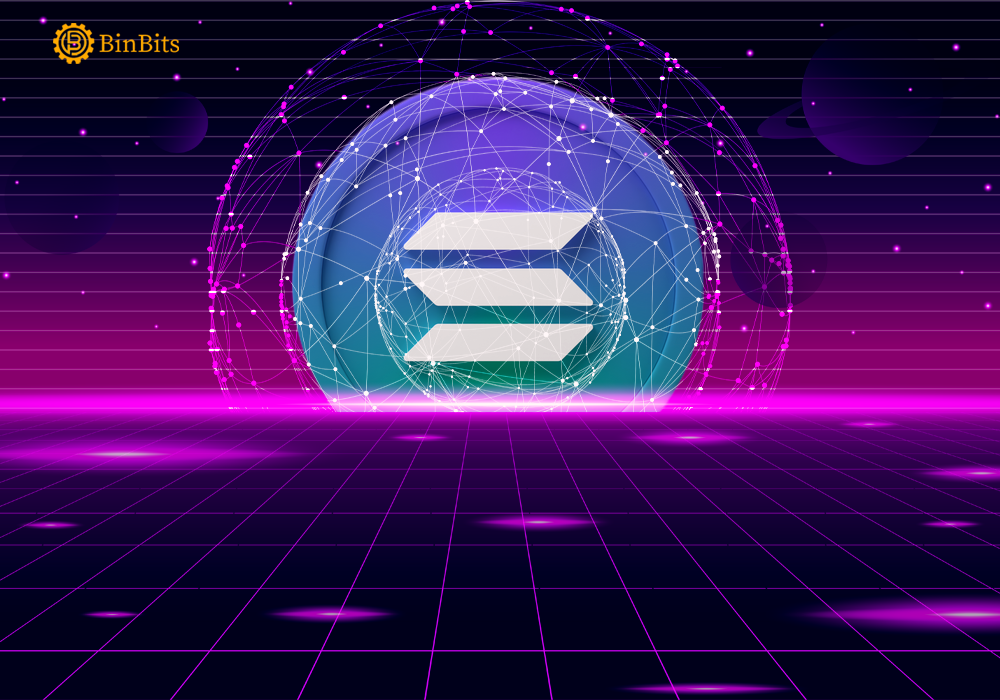 Solana is a high-performance layer one proof of stake blockchain. It is designed to support scalable decentralized applications. Solana was initially released in April 2019 by Anatoly Yakovenko. Having high scalability, it has taken over the crypto space since then. We will be talking more about the Solana blockchain in this review.

Anatoly Yakovenko is the creator of Solana. He led the development of operating systems at Qualcomm, distributed systems at Mesosphere, and compression at Dropbox.

He also holds two patents for high-performance Operating Systems protocols. Further, he was a core kernel developer for BREW which powered every CDMA flip phone (100m+ devices), and the list goes on and on.

Another co-founder behind Solana is Raj Gokal. Raj was an investor at General Catalyst, acted as a Co-Founder for Sano, worked as a director of product for Omada Health.

Solana works on Proof of History

This is a proof of stake but with an added feature of the time variable. The creators used timestamps to place specific times and dates in blocks. This allows the validators to submit blocks without having to communicate back and forth. In this way, Solana saves a lot of time in transactions.

Solana supports around 65,000 transactions per second, which presently makes it the most scalable and highest-performance blockchain in the world. Each transaction takes only 400 ms in contrast to 10 s for Ethereum. This can be attributed partly to its timestamp feature and partly to Solana’s low barrier to entry to participate as a validator node on the network.

The grouping among validator nodes is another reason. Each group of validators is dedicated to a specific category of the transaction on the Solana blockchain. For instance, you may have a Solana cluster that is responsible for hosting DEx like Uniswap, another cluster to maintain a decentralized virtual world like Decentraland.

Hard for validators to attack the network

In Solana, each validator node producing Solana blocks takes a turn in being the leader. Each turn lasts for 4 blocks which accounts for just 1.6 seconds. The fact that leaders change every 1.6 seconds makes it hard for validators to attack or corrupt the network. Misbehaving nodes will see part of their stakes slashed. Though, the founder Anatoly Yakovenko suggested a 100% stake slash in this case.

Solana already has some big partners

The USDT stablecoin was introduced to the Solana network by Tether on March 11, 2021. Tether announced the initiative on their website on September 9th, 2020. According to the announcement, Solana’s “high-speed” blockchain will allow holders of USDT tokens to transfer their coins rapidly and cheaply – for “often less than $0.00001 per transaction”.

The Bahamian cryptocurrency exchange FTX has also selected Solana for their Serum project. Sam Banklman-Fried, the CEO of FTX, had been testing Serum on different blockchains for a year but finally, he decided to launch on the Solana platform. This is a big push for Solana as this may attract other big players.

To be perfect, a blockchain must have three elements: security, decentralization, and scalability. However, finding a balance between the three is difficult, which is referred to as the blockchain trilemma.

Solana claims to have solved this trilemma once and for all. It may have worked out the security and scalability aspects well, but there are some questions about its decentralization. For participating in Solana as validators you need expensive hardware that costs thousands of dollars. Further, the insiders hold a significant number of tokens.

However, according to the Nakamoto Coefficient, it scores higher in decentralization than Bitcoin and Ethereum. This may be attributed to a better governance structure and the fact that Solana uses the decentralized platform Arweave to store its data.

Solana is not EVM compatible

Solana’s smart contracts are not EVM compatible. This means decentralized apps in the Ethereum network can’t be easily transferred to the Solana blockchain. Other chains like Binance, Polygon have found quick adoption as they allow the smart contracts found on Ethereum. But in the case of Solana, you have to write codes from scratch.

A bit difficult task for developers

A review on the Tokenomics of Solana

The utility token used in Solana is $SOL. You can stake $SOL to validate, receive rewards, participate in governance and pay gas fees with it. The total initial supply was 500 million. The founders, the foundation, and the VCs control over 60 % of the supply. The community, on the other hand, will control only 38%.

This looks like too many whales for a decentralized platform. According to the Messari report, it seems other blockchains have better distribution.

Solana is both inflationary and deflationary

We can say Solana is deflationary because 50% of the transaction fees are burnt. Additionally, Solana approved an inflation schedule with 8% stake rewards. Nevertheless, this decreases very slightly every few days. The inflation will decrease by 15% every year until the final stake rewards in 10 years reach 1.5 %.

Solana went down in December 2020

Solana went all black for six long hours in December 2020 after their community discovered a wallet holding 13 million tokens. This wallet turned out to be an undisclosed loan from the Solana foundation to an unnamed market maker, providing liquidity on Binance. This doesn’t draw a nice picture.

Solana is a complex and dynamic project that we can discuss endlessly in this review. Unlike other crypto projects, Solana is not heavily influenced by Venture Capital Funding.

Its scalability is unmatched in the present scenario. Solana has already attracted some big partners in the form of FTX’s Serum and Tether. There are some speculations that Solana would overtake Ethereum. However, there are some downsides too which you can’t ignore.

However, Solana is still in its initial days and you should keep an eye on this project. In the end, the purpose of the Solana review is to impart education not to give financial advice.