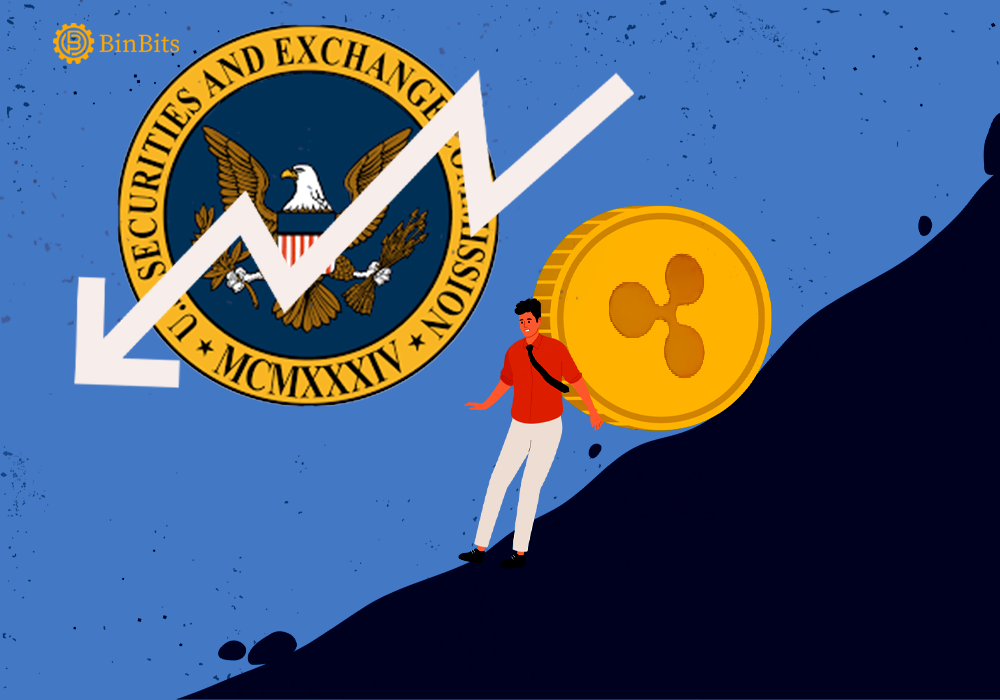 The U.S. Securities and Exchange Commission (SEC) has now turned the ongoing case it has with Ripple on its head. In what is a surprise filing, the regulator has countered Ripple’s “fair notice” defense with a letter of supplemental authority. Meanwhile, Ripple’s token XRP has continued in its downward trend, after being down 2.33% in the past 24 hours to $0.7.

SEC With The Element of Surprise

Even as anticipation builds towards concluding the popular SEC vs. Ripple case, there may now be some setbacks. Previous expectations are that the case should be resolved around April this year, but the SEC’s new move may now mean that those expectations could change.

The obviously motivated U.S regulator will be riding on the success of a case it just recently won. In September 2020, SEC sued John M Fife and 5 entities under his control to court for selling $21 billion of penny stocks and gaining a profit of $61 billion without registering as security dealers.

FIFE’s defense made a similar argument to what Ripple is using now, claiming that the SEC gave them no fair warning. The defense also claimed at the time that the word “dealer” can be interpreted in many ways. Last month however, the court could not uphold this argument.

What Does This Mean For The Ripple Case?

As expected, the regulator will now be looking to use last month’s decision to counter Ripple’s “fair notice” key defense. But Ripple remains unshaken that the SEC never warned about a possible violation of existent laws. The firm also claims that the SEC’s notion that XRP is an ‘investment contract’ is absolutely wrong and a total misunderstanding.

So far, no other regulator elsewhere has determined that XRP is a security. In fact just the opposite is true. The U.S. remains the only .

Meanwhile, the CEO of Ripple Brad Garlighouse remains positive about the outcome of the casee. Up until the end of 2021, he told CNBC that:

Clearly we’re seeing good questions asked by the judge. And I think the judge realizes this is not just about Ripple, this will have broader implications.

The Impact On XRP

Without doubts, the next hearing will play a major role in determining the outcome of the Ripple case. However, it will also have a direct impact on the price of XRP.

Although whatever outcome that happens, it is probably not a good time for XRP. Firstly, there’s a general downtrend in the crypto market movement. This saw XRP dipping 2.33% in the last 24 hours to $0,7634 as it shows in the next chart:

With many experts predicting that Ripple will win the case, then XRP should enter into a massive rally, possibly surging to its all-time highs of $3.4 or beyond. But many of those predictions did not consider the current downtrend in the markets.

Also, if Ripple were to lose the case, then we can expect to see an equally unsavory outcome for XRP.

Then SEC Chair Clayton refuses to comment on Ripple lawsuit

XRP Price Shoots up Prior to Sologenic’s $1 Billion Airdrop