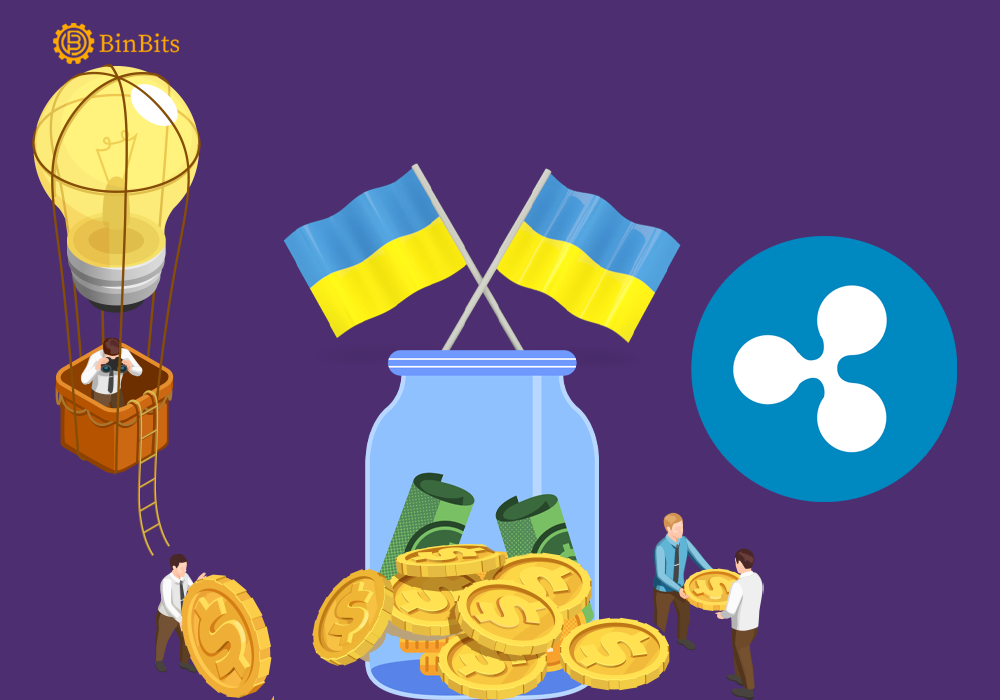 Financial aid keeps rolling in for Ukraine amid the political unrest in the region and financial technology firm Ripple Labs might be the latest to lend its support. According to a Friday announcement via its Twitter page, the firm confirms it will be donating $1 million to Ukraine’s cause.

Ripple Labs Partner With UNHCR And Others

According to the announcement from Ripple, the $1 million donation is to bolster the efforts of the UNHCR — UN Refugee Agency, and World Central Kitchen, launched since 2010 to feed hungry people in war-stricken places around the world. The two organizations have been on ground in Ukraine, doing charity work.

Meanwhile, Ripple, popularly known for its cryptocurrency XRP has also expressed its pleasure in partnering with these charity organizations. It confirms the UNHCR has a long-standing history of providing critical support and relief in regions like Ukraine. Ripple also cites that the World Central Kitchen has since mobilized volunteers to serve fresh meals to the thousands of displaced Ukrainian families.

It is however worthy to note that, this is not the first time Ripple is being involved in humanitarian causes. In October 2020, Ripple donated £7.73 million to humanitarian aid organization Mercy Corps. The NGO was championing efforts to create economic opportunities for those in areas with flawed financial systems at that time.

While relief donations like this can never go wrong, the approach that Ripple Labs has taken might be unethical. Expectedly, Ripple’s choice of words from the announcement has provoked some negative reactions from Twitter users.

At least, for all intents and purposes, it’s very counterproductive for a firm who has its sight set on the entire world, to be taking political sides. In fact, that’s exactly what we’ve seen happening with leading crypto exchanges in the past few days.

Recall that On Sunday, Mykhailo Fedorov, vice prime minister of Ukraine, asked major exchanges to block the addresses of Russian users. However, Binance quickly declined, saying, it is “not going to unilaterally freeze millions of innocent users’ accounts.”

CEO of another major crypto exchange Kraken, Jesse Powell made a similar statement on Twitter. He also said that his company;

“cannot freeze the accounts of our Russian clients without a legal requirement to do so.”