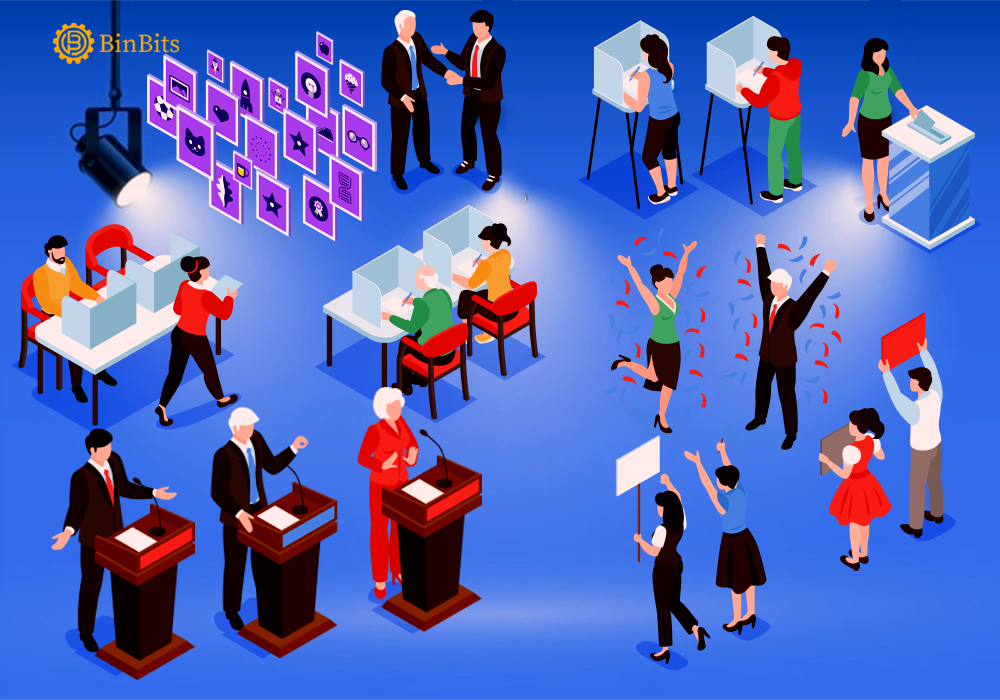 Top US politicians are making their way into the NFT space through fundraising campaigns. Some tech-savvy politicians are already successful in selling non-fungible tokens. These are digital collectibles recorded in the blockchain. The collectibles are in the form of an image video or the plot of land in the metaverse.

According to Bloomberg, Arizona GOP Senate candidate Blake Masters raised more than $575,000 in 36 hours after selling several NFTs. Adding to that, in the same month, Democratic congressional candidate Shrina Kurani raised $6,600 by selling 21 of the total 2,022 tokens she put up for sale in a 72-hour time span. Kurani’s NFTs contained her crypto policy agenda.

Political NFTs have the potential to attract a new younger audience. But, there is still a lot of confusion about their regulation.

The Securities and Exchange Commission is still deciding on how it will regulate cryptocurrency and NFTs. Some of the lawyers worry using the technology could put campaigns at the will of regulations that were meant for financial products.