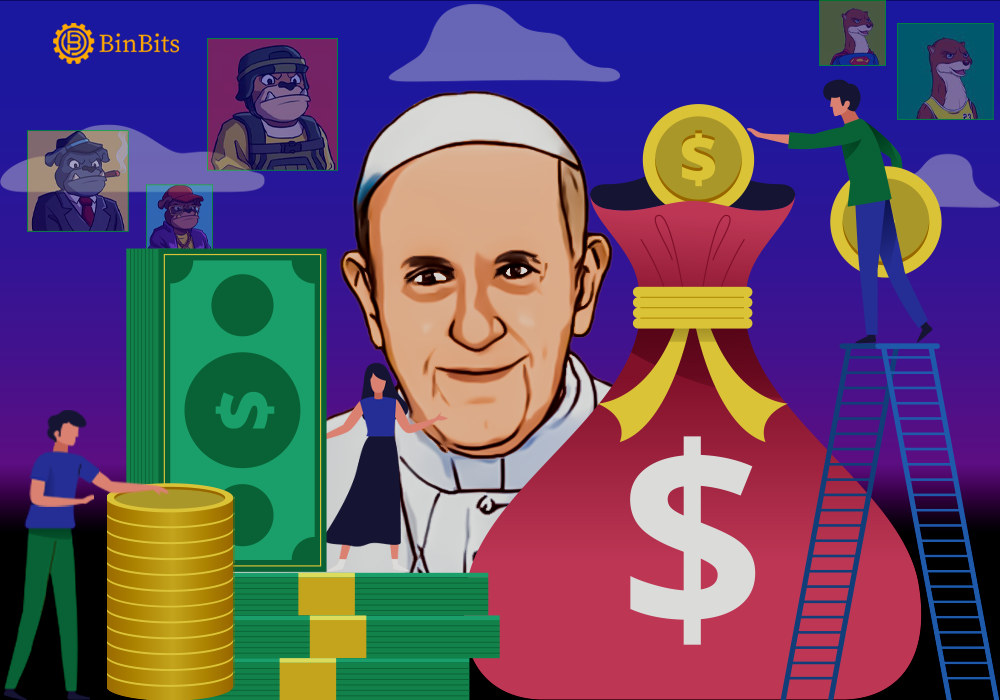 The historic Pontifex carpet, which was replicated as an NFT (non-fungible token) in a bid to immortalize it, has now been sold for 25 Ether (ETH). That’s about $81,886 as at the time it was sold, late on Friday afternoon. However, reports from local news Khaleej Times, claim that the sale was aimed at raising funds for Afghanistan.

Recall, the original Pontifex carpet, woven by Afghan women, was presented as a gift to Pope Francis in September 2016. This was during the visit of His Highness Sheikh Mohamad Bin Zayed Al Nahyan, Crown Prince of Abu Dhabi and Deputy Supreme Commander of the UAE Armed Forces, to the Vatican. The leaders had met at the time, to discuss how to improve existing diplomatic ties and promote inter-religious relationship.

Although the 272cm x 183cm original version of the carpet remains with Pope Francis till date, a replica was still made. And now that version has been sold.

Meanwhile, the co-founder of nftOne — the marketplace where the NFT was listed, Musfir Khawaja has now spoken about the sale. He says:

“This is perhaps the most iconic NFT to be sold in the Middle East. The buyer will get the physical replica of the carpet besides an ornate gold frame on a 165cm digital canvas with the NFT loaded on it.”

Reports also confirms that the proceeds from the sale will be used to aid Afghanistan families who might be at risk during the harsh winter months.

The NFT is one of about six pieces that were showcased during Abu Dhabi Art.

Zuleya earlier partnered with UAE’s Morrow Collective to digitally recreate the carpet as an NFT.

It is important to note however, that this sale might well be an important step forward for UAE arts. Because of course, now their designs can have a global audience, and the NFT side will definitely attract the younger generation. Thus, opening new streams of revenue for local artisans in Afghanistan.