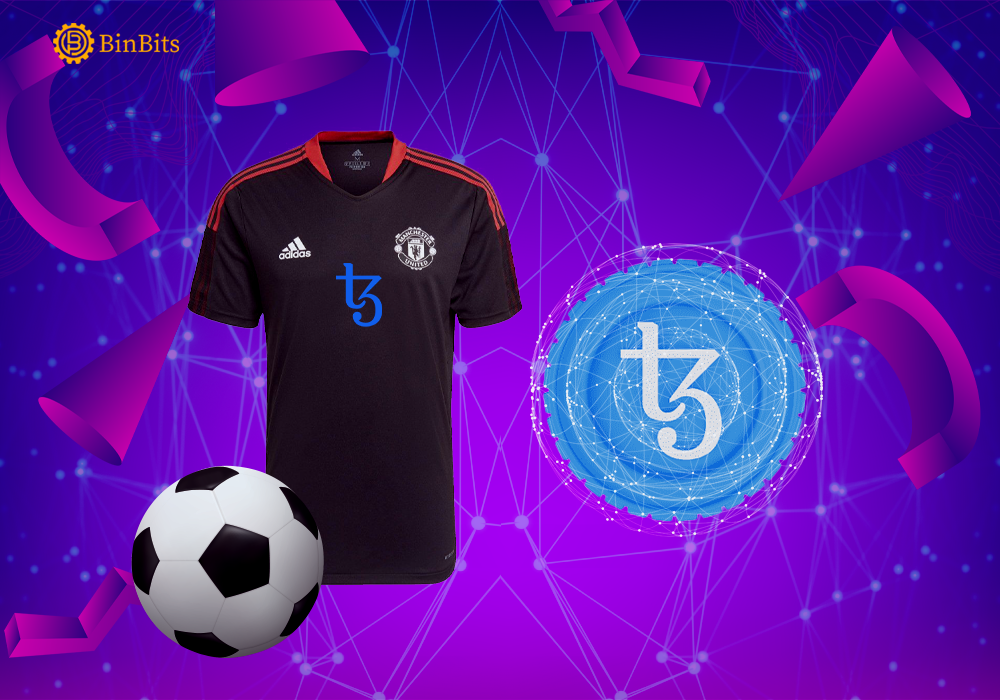 One of the oldest clubs in the history of global football Manchester United taps Tezos —leading block chain firm, in a multi-year partnership. According to the club’s announcement, the partnership positions Tezos as both the club’s training kit and technology partner.

While Tezos will be featured on the Club’s range of men’s and women’s training kits, United’s first team squad has already unveiled the Tezos-branded kit ahead of the weekend’s match against Southampton. Thus, introducing Manchester United fans to Web3 technology and the partnership with Tezos.

Meanwhile the football club have expressed its excitement at the prospects of the new partnership. Speaking about the collaboration, Manchester United’s CEO of Alliances and Partnerships, Victoria Timpson says:

“This is a hugely exciting partnership for Manchester United because it aligns us with one of the most advanced, reliable and sustainable blockchains in an area of technology which promises to truly revolutionise the way that everyone, including the Club and our fans, can interact”.

Timpson also added that the excitement is not unrelated to how Tezos is one of the most eco-friendly blockchains. That is, the mere fact that Tezos uses technology that is energy-efficient and with near-zero carbon emissions, just so aligns with the Club’s efforts at environmental sustainability itself.

Also, Edward Adlard, Head of Adoption and Business Development Tezos Ecosystem also had something to say about the partnership. He said:

What More To Expect

Just as Manchester United taps Tezos, it is expected that there’ll be more than just some kit branding. And that assumption would be correct.

According to United’s announcement, the partnership will also include several new fan experiences built on the Tezos blockchain. Also, there’s the pledge to support Manchester United Foundation with ongoing donations in tez — the native currency of the Tezos blockchain. This will be used in training and educating young people within the local community.