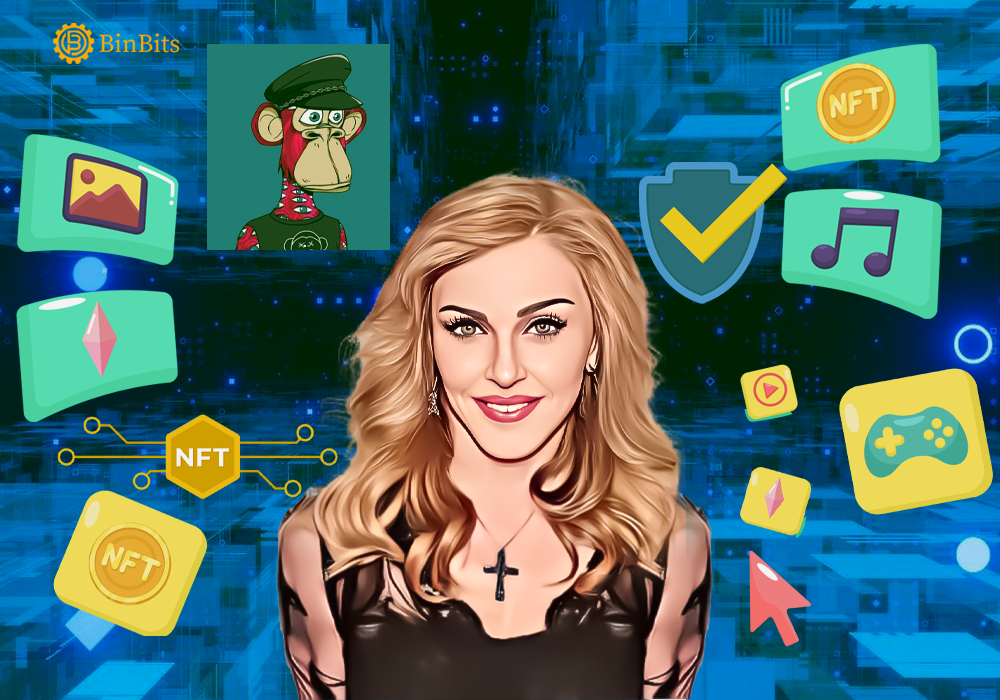 Celebrated queen of pop Madonna has taken to her Instagram page to share the news of her entry into the Metaverse after buying a Bored Ape non-fungible token (NFT).

According to an Instagram post by the American singer on Thursday, Madonna revealed she has purchased her very own Bored Ape NFT.

The NFT acquired by the superstar, features a bored-looking ape as usual, but wearing a BDSM-inspired black leather cap. Meanwhile, it seems as though Madonna may have photoshopped the cigarette out of the bored ape’s mouth and also changed the background color from orange to blue before bringing the image to her social media.

Interestingly, the ape also bears a semblance to the description of Bored Ape #4988, sold on March 16 for 180 ETH (approximately $462,800). However, there are reports that the superstar paid about 105% more than the collection floor price and 57% more than the adjusted floor price to claim ownership of the NFT.

The singer also revealed that she used MoonPay’s concierge service to help her with the purchase. MoonPay buys Bored Ape NFTs at a premium and later offers them to wealthy celebrity clients.

Some Fans Are Not Impressed

Meanwhile, it seems some of the fans of the pop queen are not the slightest bit impressed about Madonna’s newfound NFT interest. “Please delete this,” one of her followers wrote. Another fan advised the pop start to ensure not to dent her music legacy by using her platform to promote questionable crypto projects. Another disappointed fan wrote; “Madonna. I’ve always looked up to you, but this is very disappointing.”

With this move, the singer joins a long list of highly influential celebrities who have recently acquired their own Bored Ape NFTs. Recall that Justin Bieber also recently bought his first Ape, albeit for $1.3 million. Whereas, rapper Eminem also spent close to $460,000 worth of ETH on a similar purchase earlier in the year.

Now, Madonna may have not experienced so much commercial success in the past 10 years. But despite this, she remains the most successful female artist of all time having sold over 300 million units worldwide.