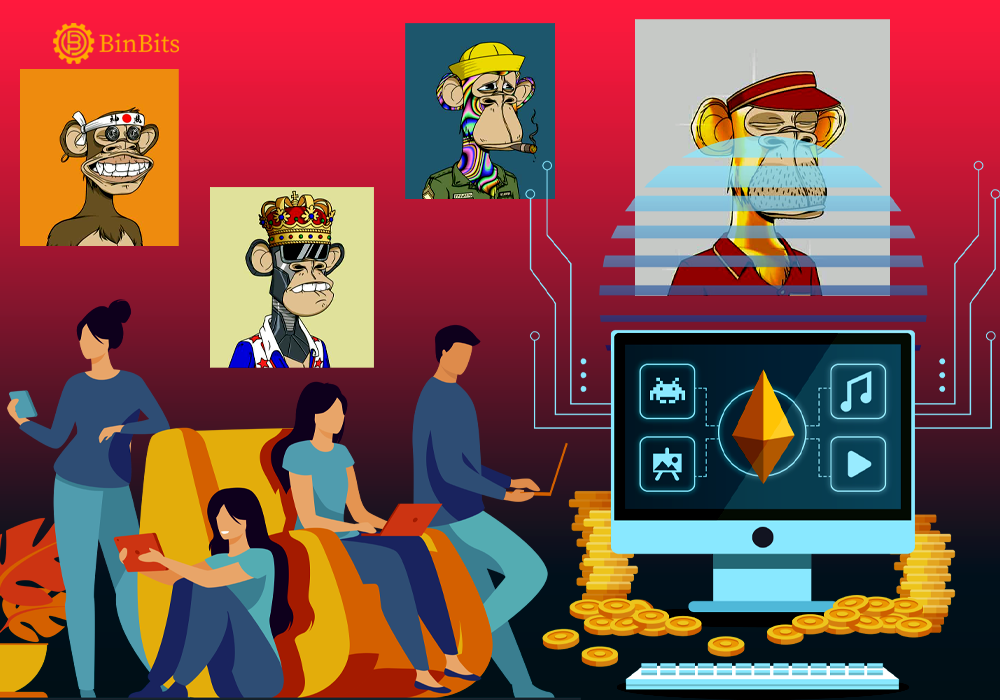 According to reports, holders of Bored Ape Yacht Club (BAYC) NFTs look set to receive a brand new token, identified as Apecoin (APE). The list of the holders to receive the coin includes celeb holders like Eminem, Steph Curry, Jimmy Fallon, and Mark Cuban. Accordingly, the receipt of the new token manifested as another incentive to reward holders for becoming part of the digital asset club.

ApeCoin DAO, notably separated from Yuga labs remains the developer of this new token. Accordingly, holders of Board Ape Yacht Club NFTs get about 10,000 ApeCoin respectively. More so, the 1 billion ApeCoin set to be released tokens will be shared amidst a series of different parties.

The ApeCoin DAO website recently confirmed the possible addition of 62% of the total supply to an ecosystem fund. While 14% gets distributed to launch contributors, 9.75% of the tokens get held by the developers of BAYC, Yuga Labs. In addition, 8% of the tokens go straight to the founders of Yuga labs, just as the remaining 6.25% becomes donated to the Jane Goodall Foundation. The Goodall Foundation, however, came into existence to preserve the habitats of chimpanzees.

What the acquisition of Apecoin means to its holders

As things stand, the token remains technically different from Yuga Labs. However, the firm appears set to totally implement ApeCoin as the major token for all new products and services emerging from Yuga labs. This, according to Yuga consist of an upcoming play-to-earn blockchain game. The Yuga team looks set to release the blockchain, coupled with game developer, nWay later this year.

Furthermore, indications show that an upcoming play-to-earn game, identified as Benji Bananas looks certain to employ ApeCoin. The Benji Bananas remains a game by Hong KonKong-based ockchain gaming firm, identified as Animoca Brands. The gaming firm also owns nWay.
The Co-founder of Animoca Brands and ApeCoin DAO board member, Yat Siu sees the development of ApeCoin as progress incurred in the NFT community. According to him, the ApeCoin remains a token that illustrates the zeitgeist of today’s NFTs. Siu believes the token serves as the expression of the prevailing culture of NFTs. The Co-founder further that with this development, the ApeCoin becomes set to emerge as the “Dogecoin of NFTs”, where the utility gets community created and community valued.

He, however, remains optimistic about the promising future of Apecoin, stressing that utility becomes directly available through games. Siu announced the starting utility associated with ApeCoin, saying its manifestation begins with games and many more underway. He says the creative energy, incorporating the mix of technology and culture remains the benefit.

The DAL board member reiterates his optimism that the already started BAYC community possesses the capacity to reach larger audiences. This according to him, becomes feasible owing to the fungible and transferable status of ApeCoin.

How the Bored Ape Yacht Club has fared since its creation

Ever since the instigation of Bored Ape Yacht Club last year, it has overwhelmingly grown to emerge as the highest-profile NFT collection. Till now, the token still continuously incorporates high-profile celebrities into its holder’s list. Just last week, Yuga Labs got two of the other biggest NFT projects, identified as CryptoPunks and Meebits. This acquisition, however, expanded her dominance over the dynamic NFT market. ApeCoin in a tweet, confirmed recently that the purchase of Apecoin becomes obtainable on all major exchanges.