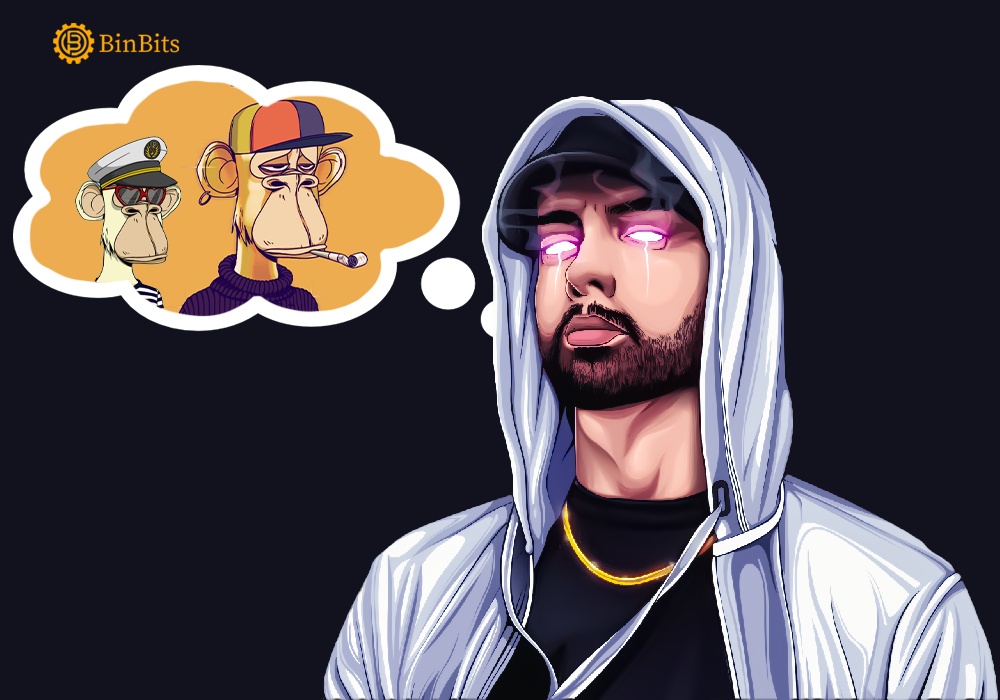 Multiple award-winning rap artiste Eminem is the latest addition to the Bored Ape Yacht Club (BAYC). On Thursday, the Detroit-born superstar purchased one of the non fungible token (NFT) apes on the OpenSea platform for a whopping 123.45 ether (approximately $462,000) price.

Not long after the purchase, Eminem rushed to his Twitter page to make his new possession, his profile picture. The dazed-looking ape is adorned with a brown military-style hat and a hip hop culture clothing.

With his recent acquisition, the artiste now has no less than 20 NFTs on the OpenSea platform, under the name Shady_Holdings.

Meanwhile, the BAYC member who sold the ape to Eminem has thanked the artiste in a tweet. Identified as GeeGazza, the seller wrote;

“I’m living in a simulation”. He then thanked Eminem for buying his ape and deciding to join the club. He added, “Madness. Let me write a lyric in your next single.”

Confirming the transaction, Georgio Constantinou — artist manager of Web 3-based digital agency Six also tweeted that the firm played a huge part in helping Eminem to purchase “the EminApe.”

Interestingly, this is not the first time Eminem is showing interest in NFTs and crypto in general. In fact, he mentioned bitcoin in one of the tracks on his ‘Kamikaze’ album back In 2018.

BAYC being one of the biggest sellers on OpenSea, has been helping to drive its most recent $10 billion valuation.

Recently named one of the 100 Greatest Artists of All-time by Rolling Stone Magazine, Eminem won the 2002 Oscar for Best Original Song, and has snapped up at least 15 Grammy music awards in a career since the 1980s.