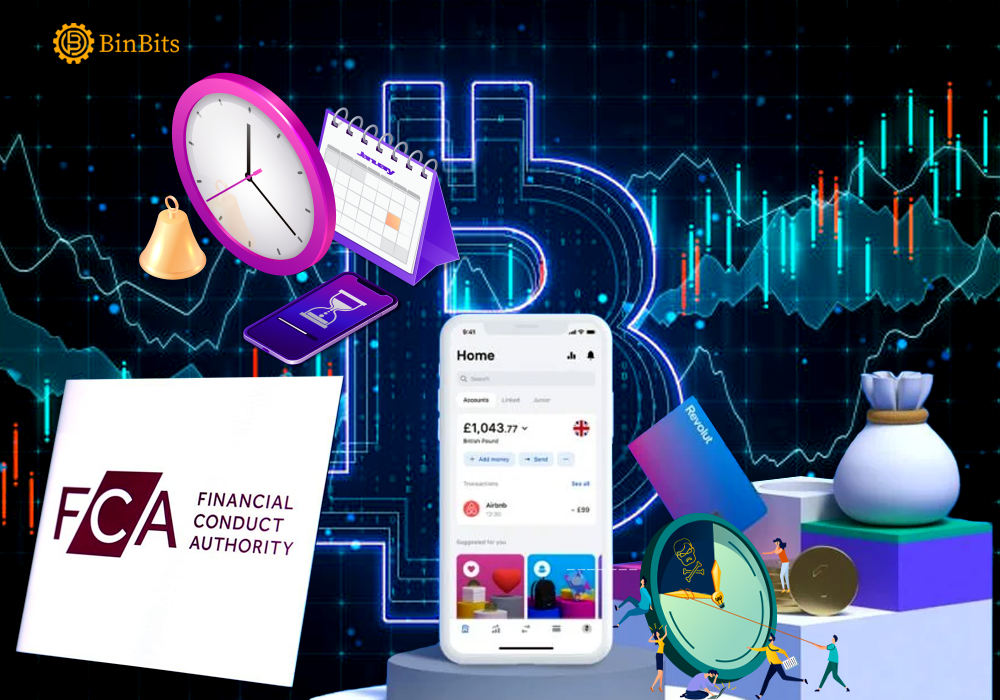 According to a Bloomberg report, UK’s Financial Conduct Authority FCA may have just granted about 12 crypto firms some more time to apply for permanent operational licenses in the country. The extension, which comes barely a day before their current temporary licenses expire, means that the firms may now heave a sigh of relief at least, as they continue to fast-track their applications.

UK’s FCA To Consider Revolut And Others

As earlier reported by BinBits, UK’s FCA has so far approved around 33 crypto firms for permanent registration in the region. But while over a hundred crypto firms sought temporary approval to operate pending the time the regulator would process their applications, only 12 have now been shortlisted.

According to Bloomberg, digital bank Revolut and crypto brokerage Copper Technologies are among the 12 firms granted this extension. But the regulator also clearly adds that the extension would be dependent on the firms proving beyond doubt that they require it. How would they prove their co-operation? By simply providing more details about themselves on the applications.

Furthermore, the FCA also claims that some firms like Wirex and B2C2, decided to withdraw their applications. But this was probably done in a bid to avoid rejection, even as the deadline neared.

Meanwhile, speaking about the extension on Wednesday, a spokesperson for the FCA issued a statement saying;

We have been reviewing cryptoasset firms’ applications to ensure they meet the minimum standards we expect – that those who run these firms are fit and proper and that they have adequate systems to identify and prevent flows of money from crime.

It might be noteworthy however, that the FCA’s seemingly tough stance on crypto is actually about protecting the interest of consumers.

For so long, the FCA has repeatedly called crypto a vehicle for illicit activities like money laundering and scams. In fact, the regulator has warned consumers endlessly, against venturing into the space.

In one of its recent reports, the FCA even wrote;

“If you invest in cryptoassets, you should be prepared to lose all your money.”

Also recently, the regulator issued a ban on all crypto ATMs across the country. But in truth, are these measures ever going to be enough?

For instance, after getting disapproved by the UK’s FCA, most of these crypto firms will likely move their operations abroad. But this does not exactly stop U.K consumers from accessing services provided by overseas companies. And of course, that will create an unfair playing field, especially for firms that got approved.