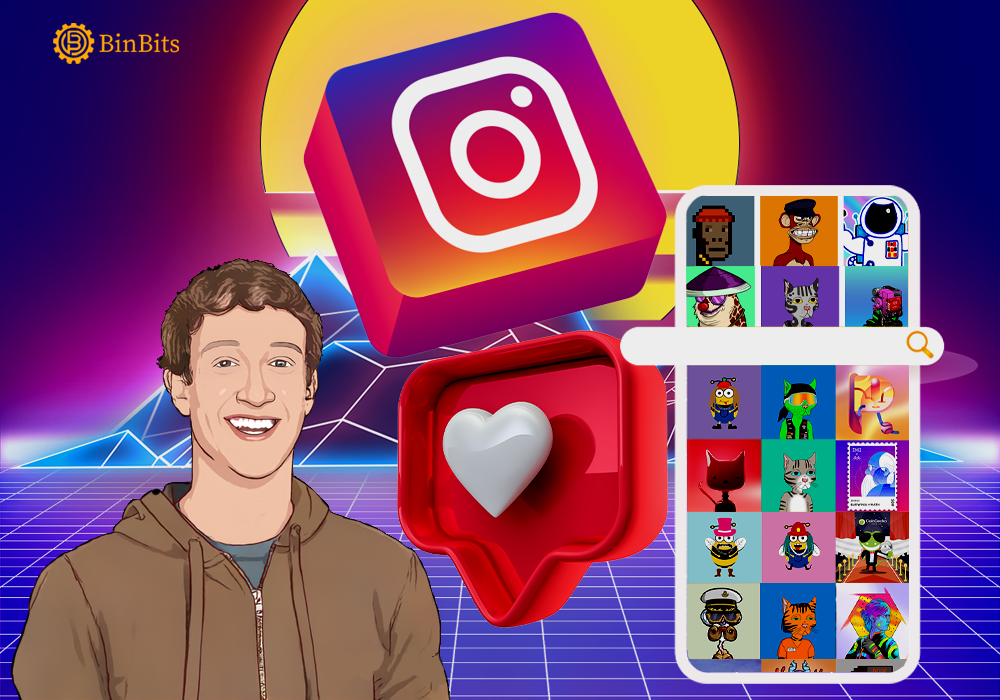 The CEO of Meta, Mark Zuckerberg has hinted that his firm would be adding NFTs to Instagram very soon. He shared the news during a conversation at South By Southwest (SXSW) conference in Austin. But while the exact timeframe of the NFT integration may yet be sketchy, it is certainly dependent on how soon the Instagram team is able to work out the technical challenges.

We are working on bringing NFTs to Instagram in the near term. I’m not ready to announce exactly what that’s going to be today, but, over the next several months, the ability to bring some of your NFTs in, and hopefully over time be able to mint things within that environment.

Recall that in December, the Head of Instagram Adam Mosseri had mentioned that the company was “actively exploring” NFTs. At the time, Mosseri had teased from his Instagram story as he wrote;

“I think it’s an interesting place that we can play and also to hopefully help creators.”

Meanwhile, that wasn’t even the first time Instagram would be showing interest in the world of NFTs. Instagram set its NFT plans rolling when it hosted a private event dubbed “Creator Week” for NFT creators last summer.

But while Instagram’s goal might primarily be about bringing the technology to a wider audience, it also aligns with the broader vision of its parent company Meta, which is the Metaverse.

And of course, the metaverse angle here is clear. Zuckerberg has talked about NFTs and the metaverse before, saying that he could see them as part of the digital world’s governance. Now hoeever, it may well seem like he’s thinking about them as digital objects. “I would hope that the clothing that your avatar is wearing in the Metaverse can be minted as an NFT and you can take it between different places,” Zuckerberg said.

Interestingly, social media giants have recently begun integrating cryptocurrencies and NFTs into their platforms. While Twitter famously added support for NFT profile pictures in January, Reddit implemented NFT avatars from its own collection. Also getting in on the action is adult site OnlyFans which enabled NFT profile pictures in December 2020.

Meanwhile, social media giants are not the only ones looking to explore what crypto has to offer. Traditional finance companies are also indicating serious interest in the space as seen with payments processing giant, American Express, hinting at its expansion into the Metaverse according to trademark filings.